Celebrity Big Brother star Ryan Thomas has revealed that getting into a relationship with his girlfriend Lucy Mecklenburgh was no easy feat, as he had to pursue her for “years”.

The former Coronation Street actor got together with ex-TOWIE star Lucy in April 2017 after they both took part in Celebrity Island with Bear Grylls – but he’d had his eye on her for much longer.

“I’d been chasing her for about three years,” he told OK! magazine. “I’d seen her on the cover of FHM years before.” 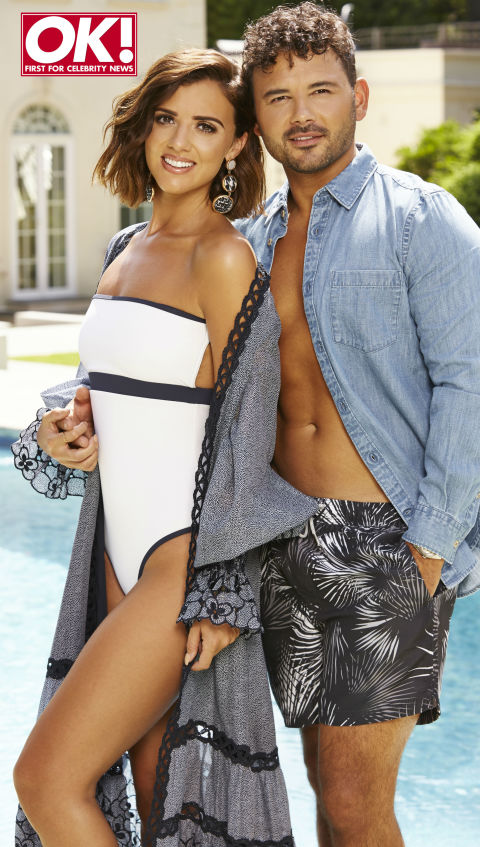 The actor admitted that he’s going to struggle being away from Lucy while he’s cooped up in the CBB house but he reckons it will only make their relationship stronger.

“We’ve been spending so much time together and we’ve been on holiday so much and I think you take it for granted when you spend so much time with someone, so I think it will hit me harder than normal,” he said.

“But these things are good for relationships because it makes you enjoy seeing each other again. Having time apart makes the relationship better and stronger. I’m looking forward to seeing her when I get out.” 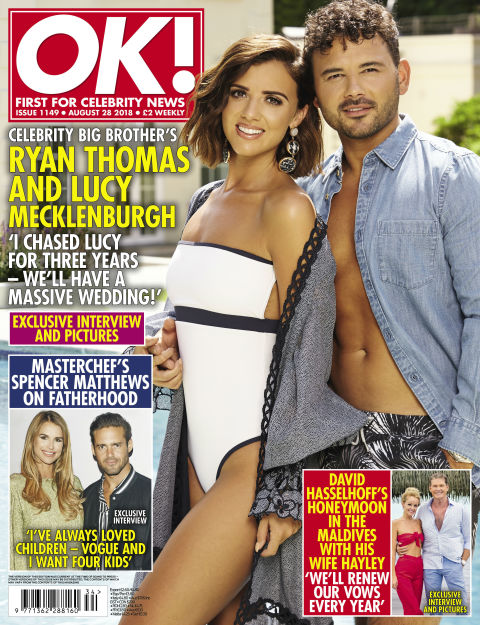 Lucy’s friend Ashley James, who took part in CBB herself at the beginning of 2018, has revealed that Lucy is “very, very anxious but also excited” about Ryan taking part in the show.

Just to make things more complicated, also in the house this series is Lucy’s former TOWIE castmate – and ex-boyfriend – Dan Osborne, with Ryan apparently having a bit of a wobble when he heard he’d be living with his girlfriend’s ex.

Thankfully his and Dan’s relationship has been free of drama so far, so let’s hope that peace continues to reign.

Read the full story in this week’s OK! Magazine, which is out today (August 20).