The broadcaster is in “advanced talks” with Hat Trick Productions to make another series of the show before the second season has even aired, reports Broadcast.

Commissioned in January, Derry Girls‘ sophomore run was picked up by Channel 4 after the programme’s debut episode more than doubled the channel’s slot average for 16-34 year olds.

A huge hit with viewers, its 1.5 million audience was the network’s largest comedy launch since Ricky Gervais’s Derek in 2012. 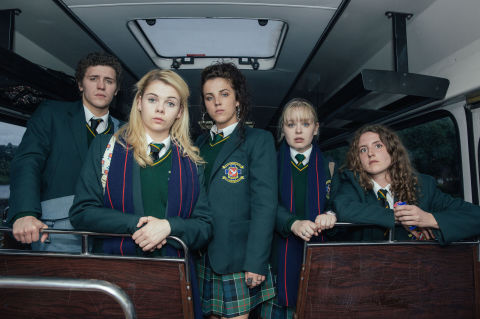 While fans still have some time to wait for season two — no release date has been confirmed yet— there may be another way Michelle and co could appear on our screens.

Speaking to Joe about a possible crossover project with Cork-set series The Young Offenders, Derry Girls‘ Jamie-Lee O’Donnell, who plays Michelle, said: “People love saying that. People love a good crossover. Maybe there could be a really random cameo of just one of the characters just popping up in a bar or something.”

She went on to discuss the possible relationships between the two sets of characters, deciding some would be more friendly than others. 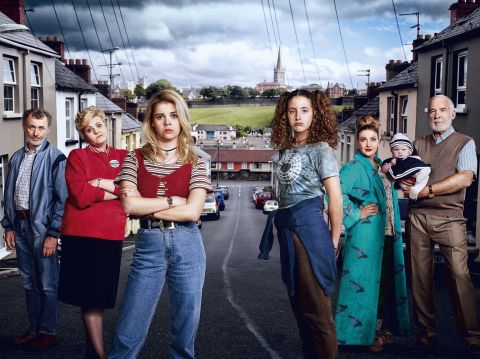 “They’re very similar. Very loud and up for the craic.”

When asked if the team-up would ever happen, the Irish actor wasn’t hopeful: “It might happen, but I’d doubt it.”

Digital Spy has reached out to Channel 4 to confirm Derry Girls series three, but there is currently no official comment on the matter.