It has been four long years since the 35-year-old star released her last album. 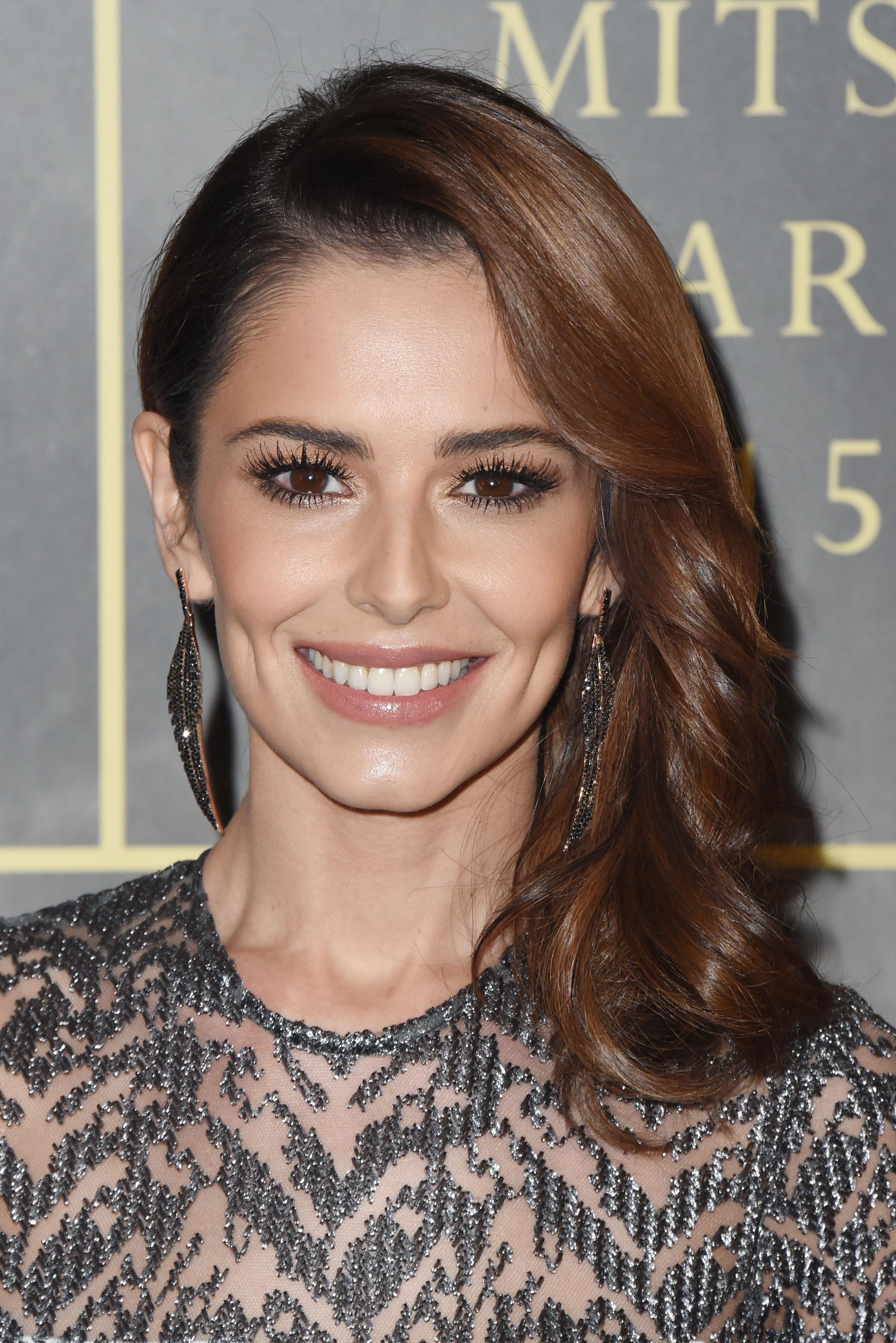 However it would appear the singer is gearing up to unleash new material in just a few weeks’ time – according to sources watching in the audience of her new reality talent show.

Fans of Chezza will know she is taking a chair as a judge on the BBC’s new dance show – The Greatest Dancer.

And according to one lucky audience member watching auditions in Birmingham this week, it was revealed the Only Human star will have new tracks for the world to enjoy in October.

Taking to Twitter to share the news, the fan claimed to have learned a trio of top tips about the star’s upcoming fifth studio album.

The wrote: “3 Things we’ve learnt about #C5 from @CherylOfficial at #GreatestDancer auditions…” 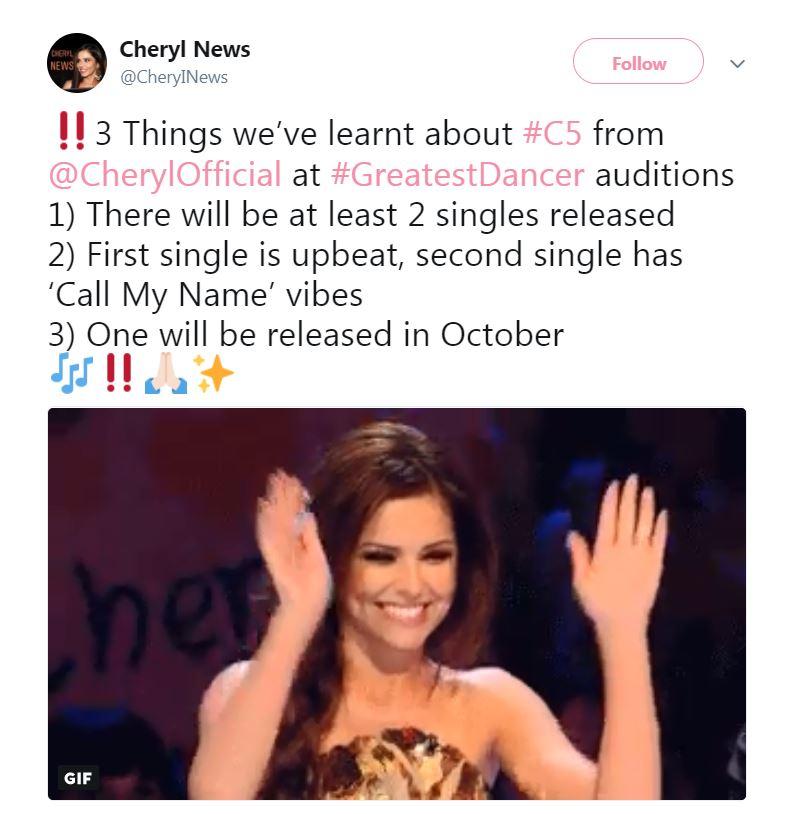 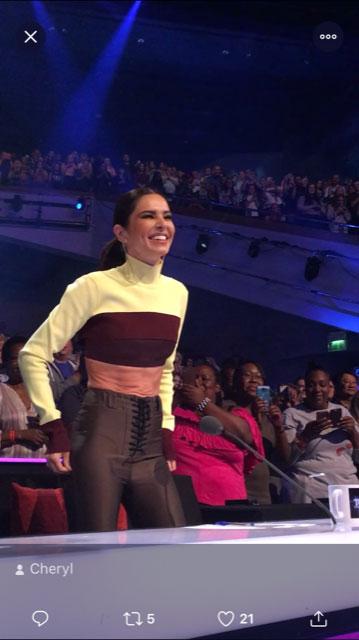 They then listed: “1) There will be at least 2 singles released, 2) First single is upbeat, second single has ‘Call My Name’ vibes, 3) One will be released in October.”

Fans have received the rumours with excessive excitement – with one promising to mark the release of new music with a permanent celebration.

“I have no idea what your new song is going to be like or what it's going to be about, but when it comes out I promise to get one of the lyrics tattooed on me… To commemorate the long anticipated wait,” the fan wrote on Twitter.

While another asked the star if she had thought of a name for the album, tweeting: “Have you decided on a name for C5 yet?”

Cheryl’s last alum, Only Human, peaked at number 7 in the UK music charts and contained the chart topping singles I Don’t Care and Crazy, Stupid, Love. 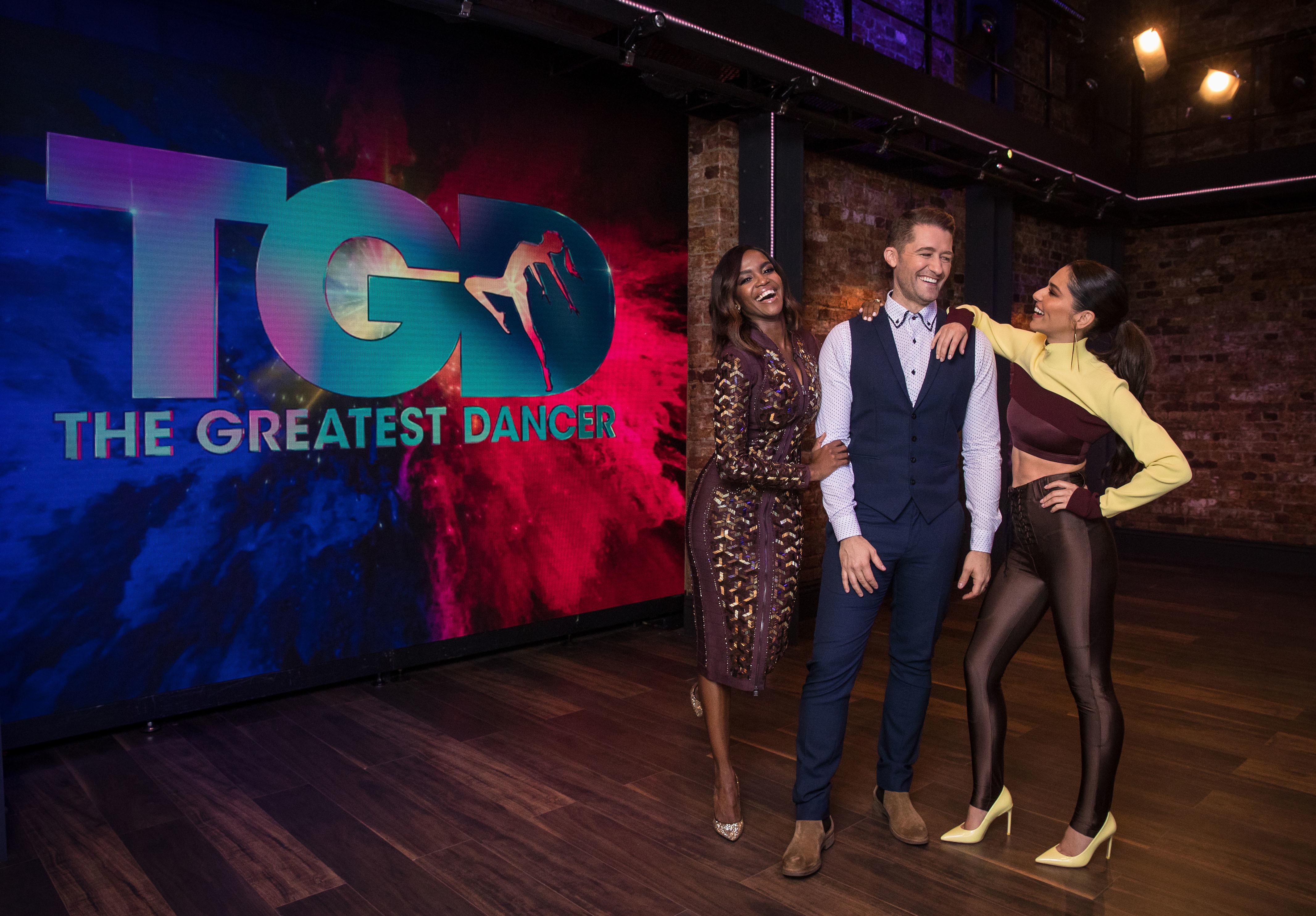 The singer agreed to work with Simon Cowell again on The Greatest Dancer – which will be on BBC One next year and is created by Cowell.

Cheryl appears to be thrilled to have pulled up a judging chair on the panel of the new entertainment show.

“Just want to say a massive thank you to everyone that attended the auditions for The Greatest Dancer the past few days! You made some great decisions, she gushed on Twitter.

And perhaps hinting that working on the show has helped distract her from the recent demise of her relationship with Liam Payne, she added: “and also made it a really fun few days.”