Think ‘Taken’ but with Tarantino directing it blindfolded having typed the script wearing boxing gloves. 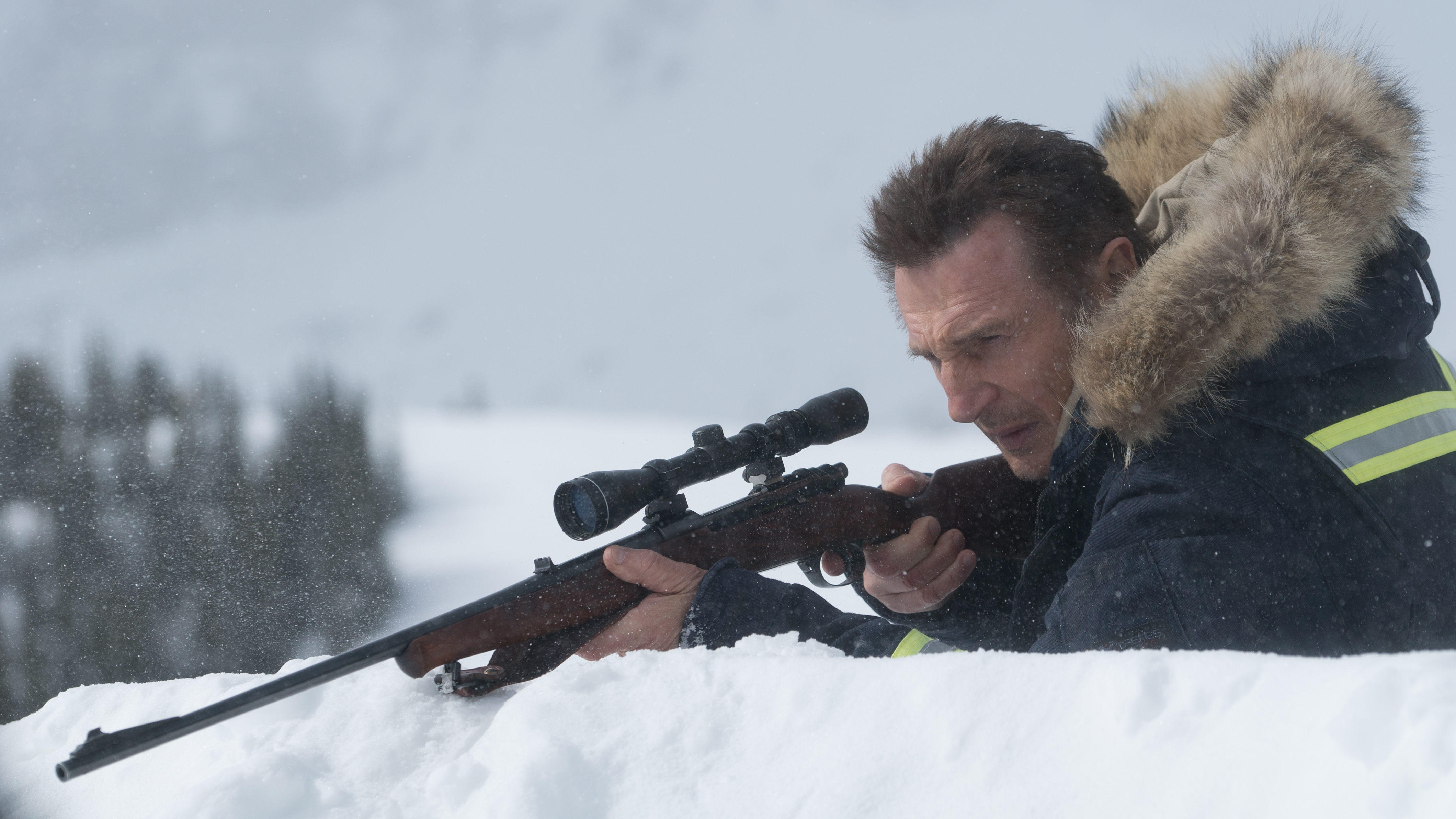 Given the unwarranted attention this film already has in the press it’s worth remembering lots of people worked hard on this film and don’t deserve to be hacked to pieces by one jaw-dropping unforced anecdote.

(This is the film Neeson was promoting when his tale of racist revenge was told to a journalist), but sadly ‘Cold Pursuit’ tries to be too many things and ends up being nothing.

Liam Neeson is Nels Coxman (the signs were there weren’t they?) – a snow plough driver and all-round upstanding guy who’s just been awarded ‘Citizen of the Year’ by the residents of Kehoe, near Denver.

After his son is found dead from a heroin overdose, Coxman takes it upon himself to find out the truth behind the tragedy and exact revenge on those responsible (namely a guy nicknamed Viking – FYI everyone has a nickname. Viking, The Eskimo, Windex, Mustang etc) in a rather drawn out affair with matters confused even more by an erroneous subplot about Native American land ownership and a drug cartel. 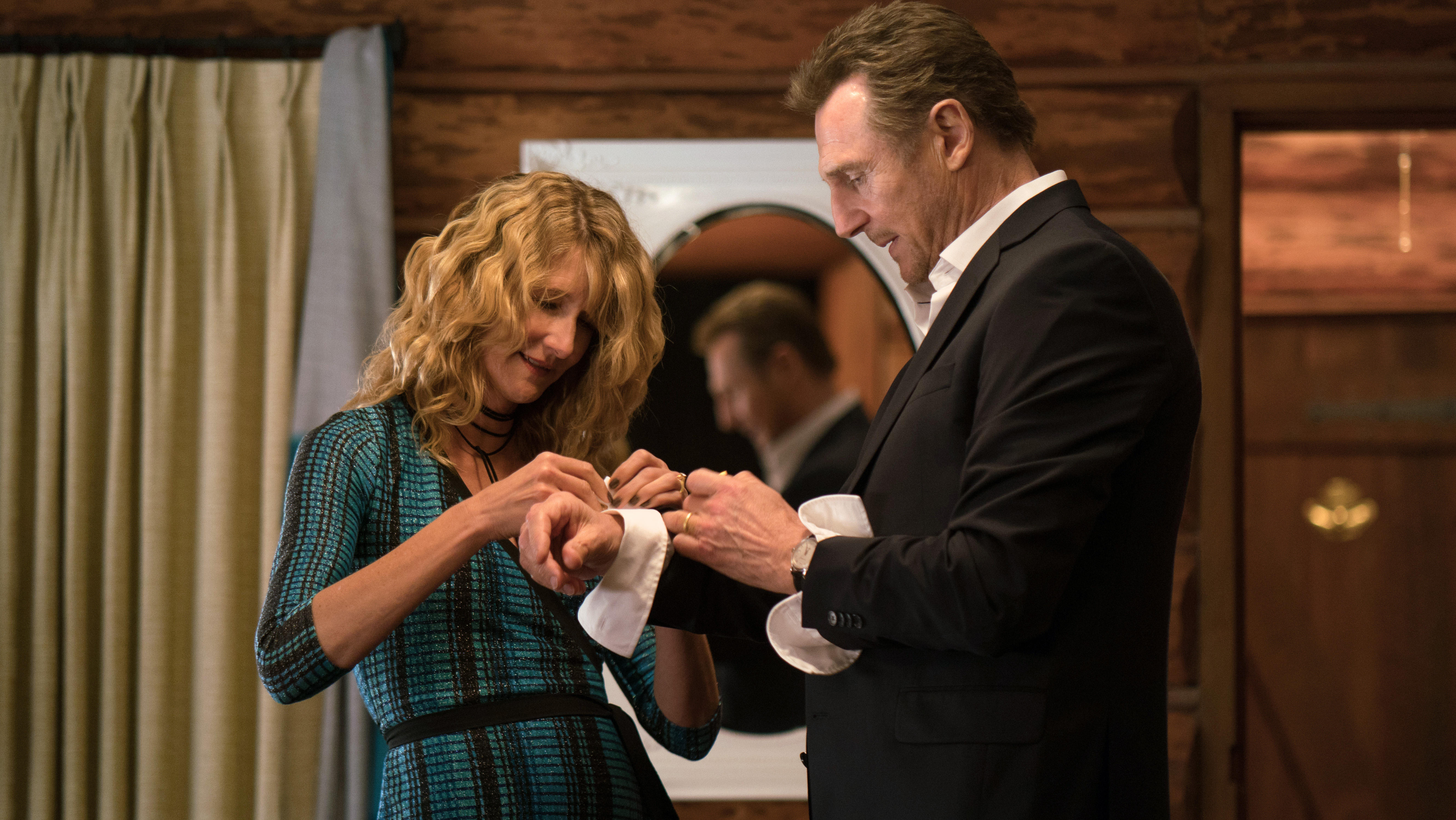 Sprinkled on top, there is a barely explored gay hitman relationship and a police presence (helmed by the brilliant character actor John Doman) that may as well be in a different film.

Tom Bateman as main bad guy Trevor Calcote at least gives it his all, which is more than can be said for it’s lead – who’s display of anything nearing anger or grief never makes it anywhere near the screen.

Laura Dern as his wife is ridiculously underused and may as well not have bothered.

It tries to throw some tricks in – each death is wittily chaptered, which when done properly (The Favourite is a prime example of how to do it) really drives the story along. 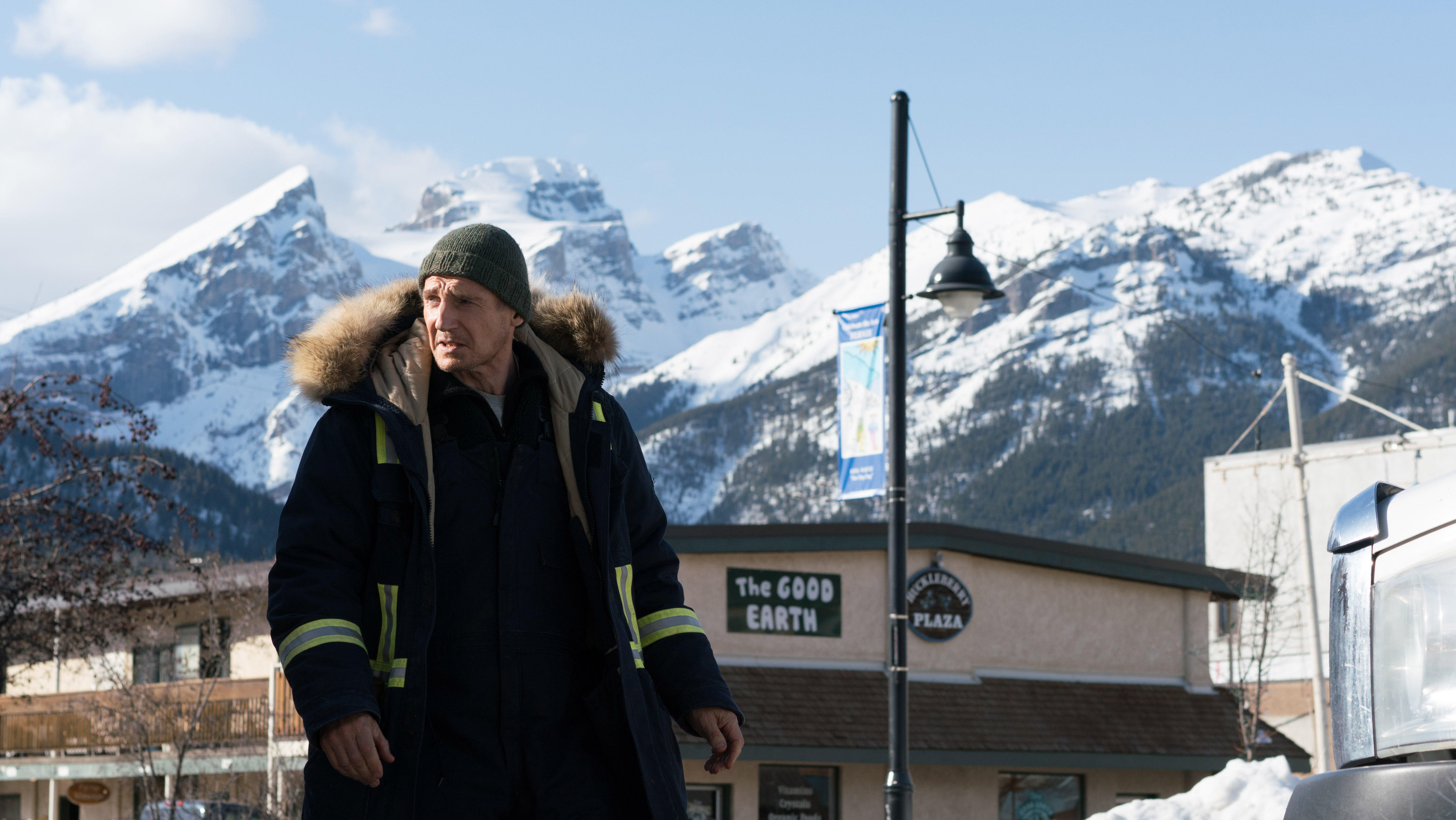 Here, it feels like using a Pritt Stick to glue together a broken window.

The problem, I guess, isn’t so much that Hans Petter Moland (adapting his own Norwegain language film) has had a stab at subverting a well-trodden genre – I’m all for that – It’s just that it’s stealthy smirk doesn’t work.

It’s like walking around your house and gradually realising you’ve trodden dog muck on the rug. That isn’t to say if it had proudly worn it’s black comedy on it’s sleeve we’d be in a better place, because for that to work it has to be funny – and this doesn’t raise more than a sporadic titter.

I’d be interested to compare the Norwegian spoken original to see if it’s a case of being lost in translation.

The marketing pats itself on the back because “Cold Pursuit surprised critics!” Well, I suppose it did – the same kind of surprise you’d feel after buying a ringside ticket to a MMA fight only for Mumford and Sons to walk out with their banjos and corduroy, singing about the past.

It just isn’t what you were sold. Aimed at everyone who enjoys Liam Neeson revenge thrillers, without telling them it’s his take on ‘In Bruges’, mixed with his cameo in ‘Extras’.