MOLLIE Gallagher looked worlds away from her Coronation Street character as she took a break from filming.

The 22-year-old actress bore little resemblance to her onscreen alter-ego, teenage goth, Nina, as she went for a stroll around Salford Quays. 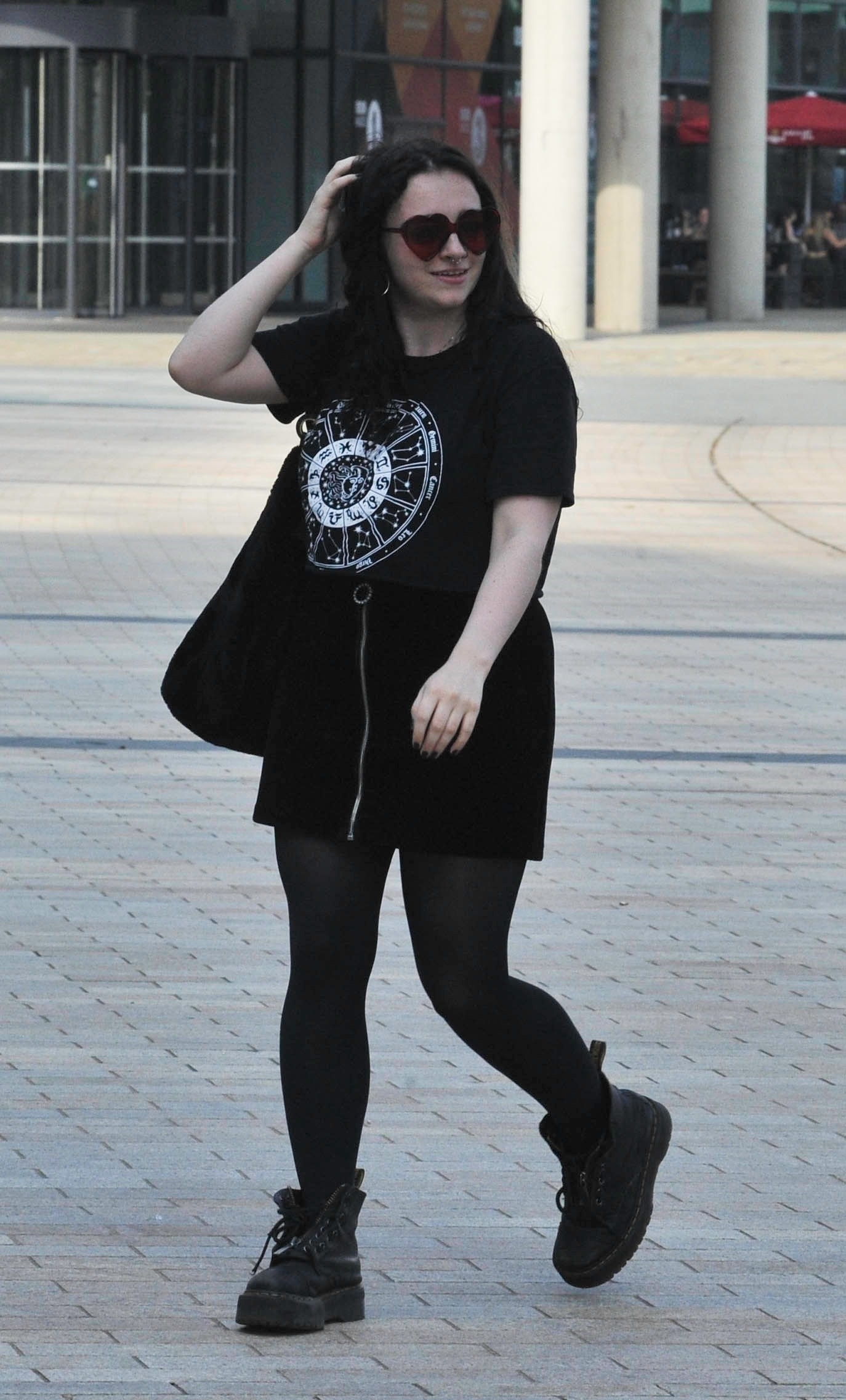 Despite the hot weather, she added black tights and shielded her eyes from the sun with heart-shaped sunglasses.

Unlike Nina, the Corrie star appeared to ditch the heavy eyeliner and go makeup free.

She was seen walking around MediaCity, which is where the set of the ITV soap is based. 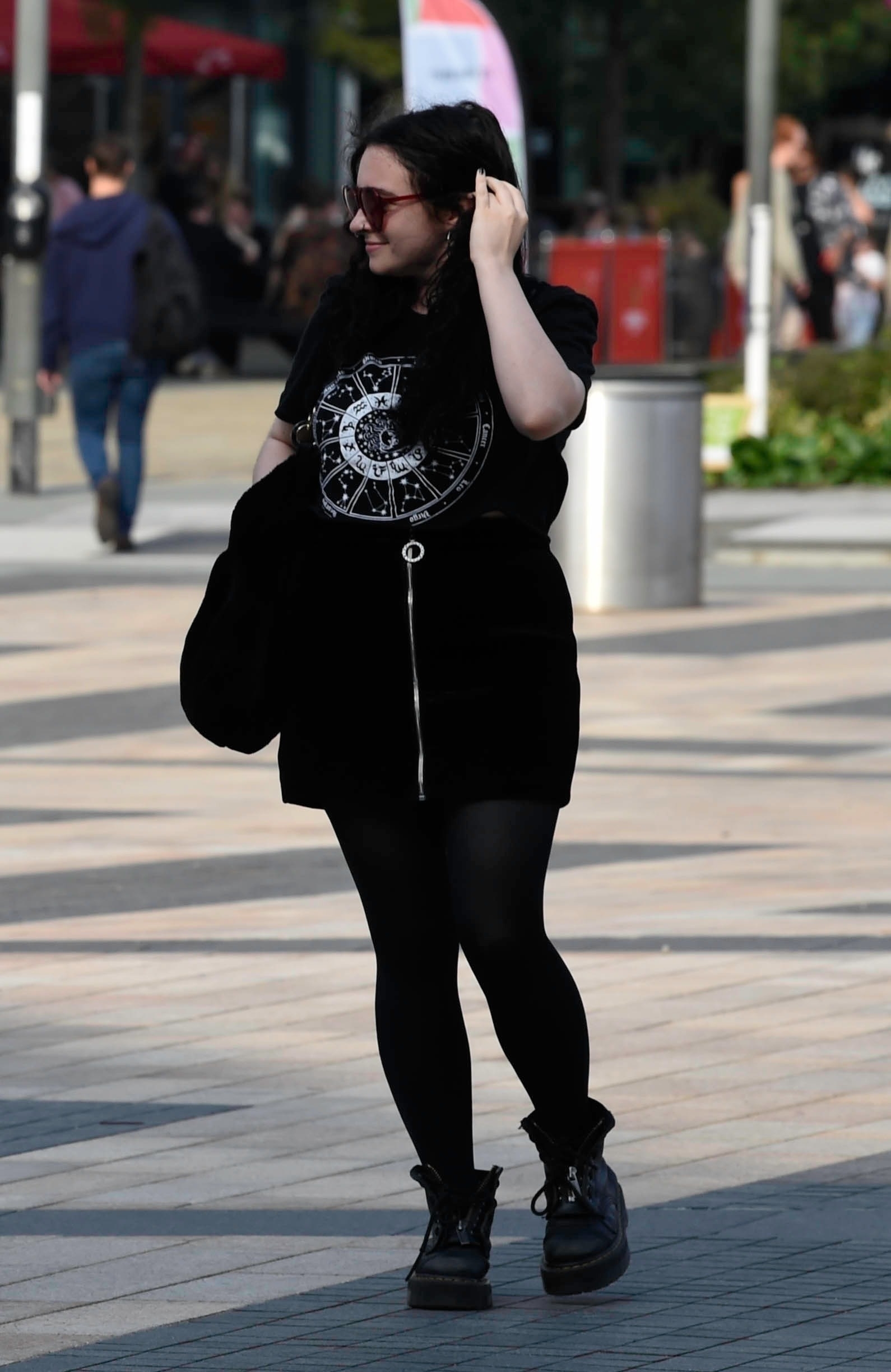 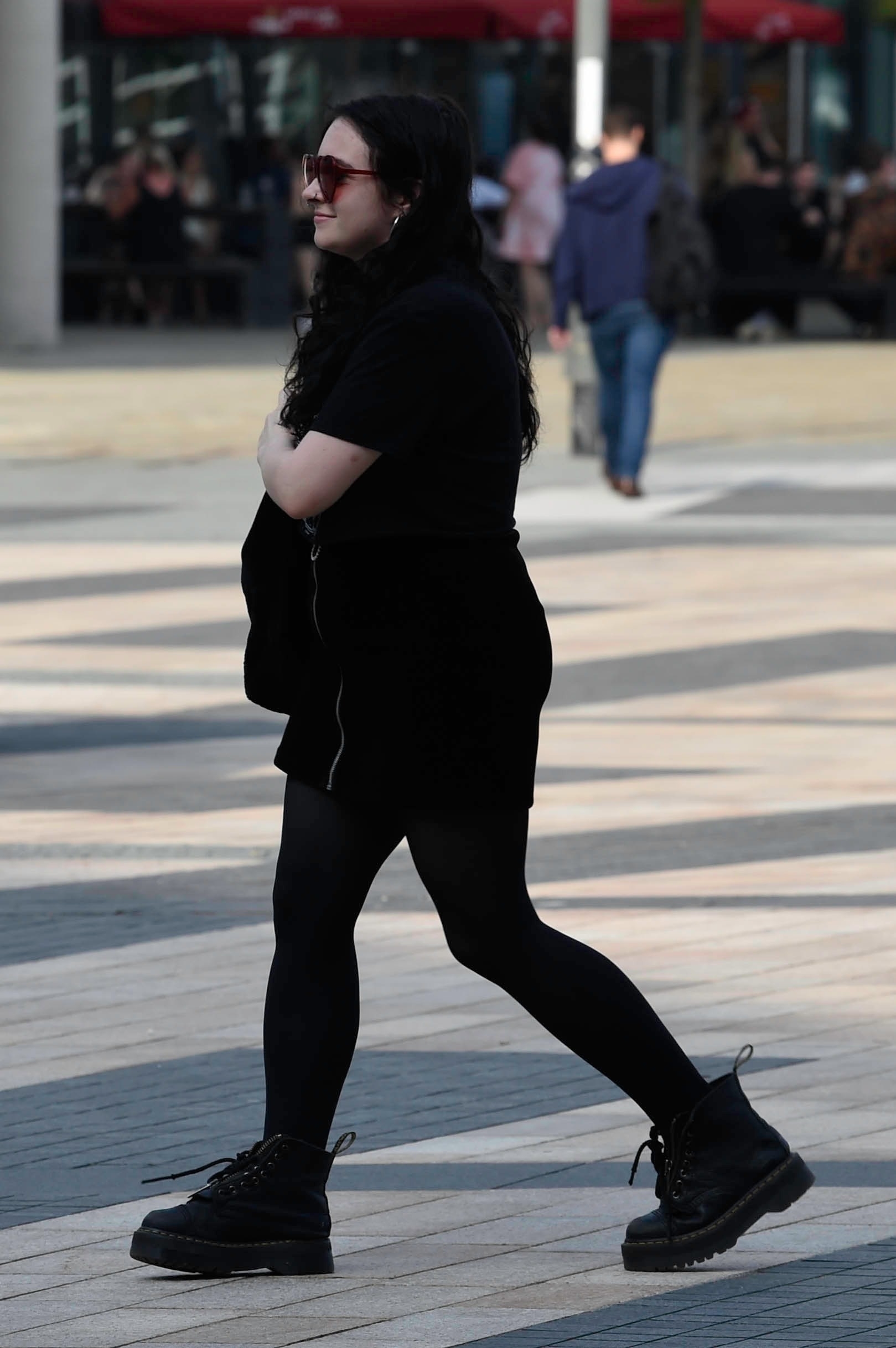 Mollie joined Coronation Street in November 2019 as Nina, the niece of Roy Cropper.

Nina wasn’t happy with Roy’s meddling and tried to keep him out of her dad’s life.

When Roy realised that Nina was caring for her ill father, Roy decided to take on her carer duties and send the teen off to university. 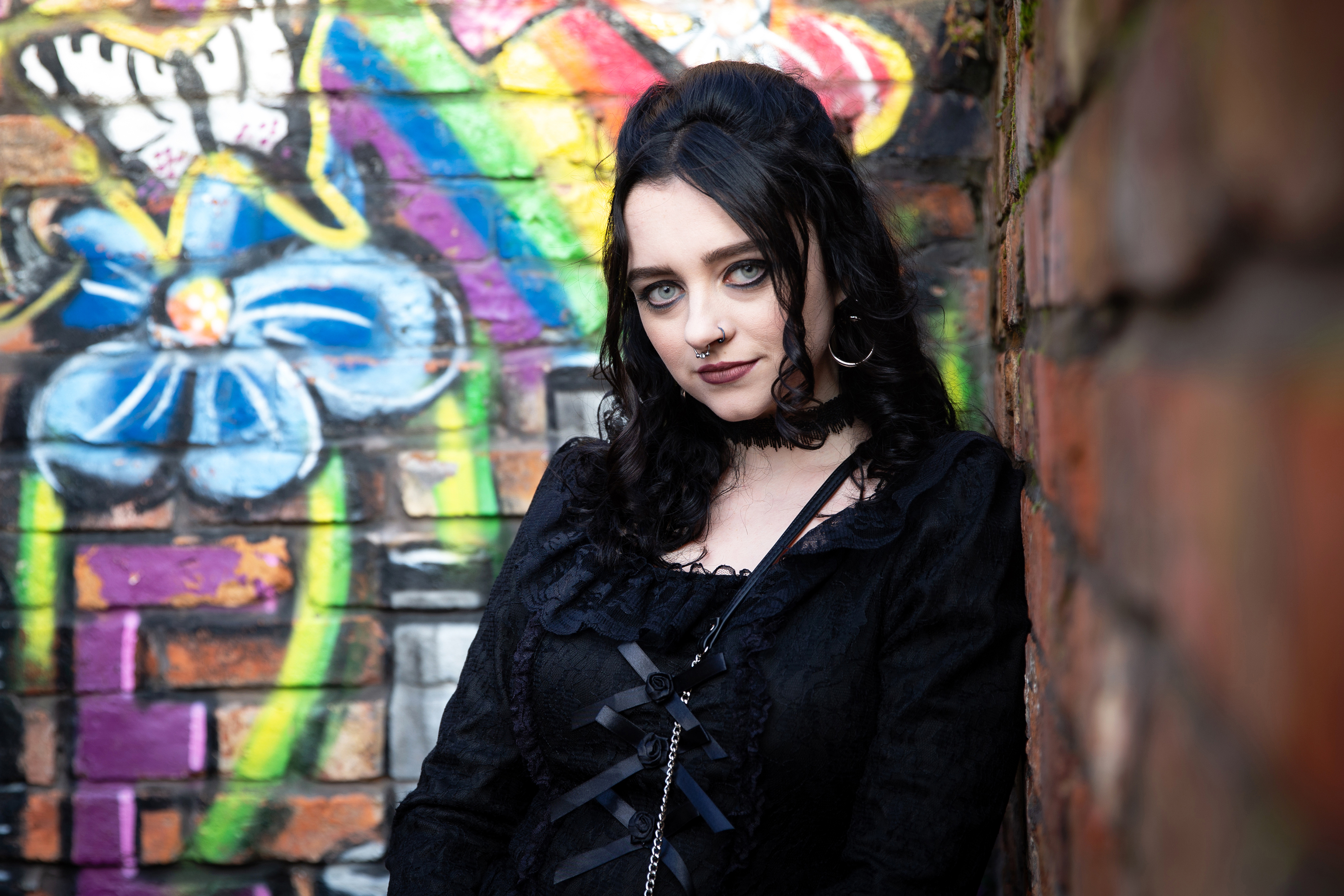 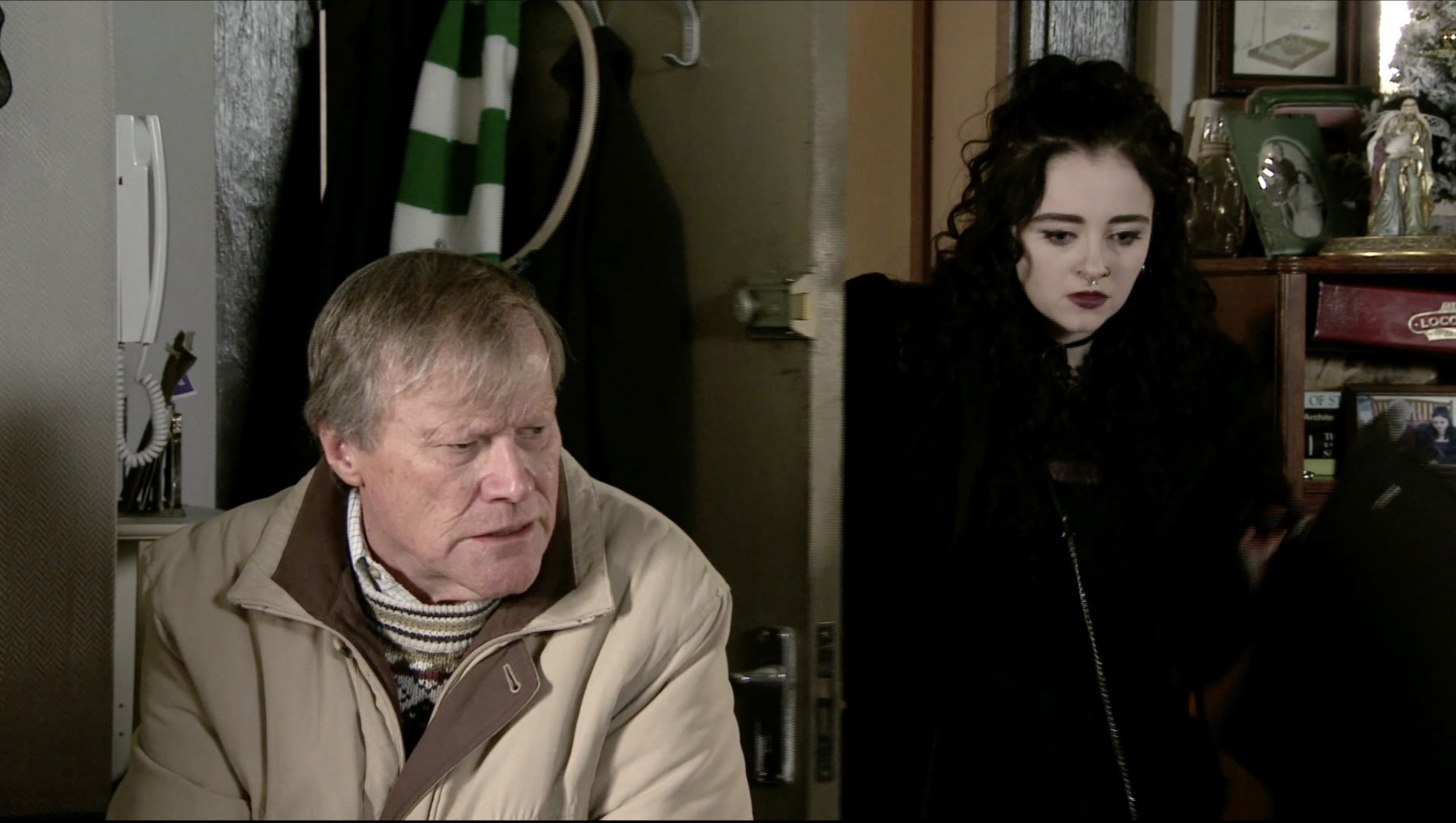 However, he put his foot in it when he left Richard alone without a carer and he died – infuriating a grieving Nina.

Mollie and her co-stars have returned to the Corrie set for filming, after months of hiatus due to the ongoing coronavirus pandemic.

The set moved out to MediaCity nearly six years ago and consists of early 20th-century terraced houses, The Rovers Return at one end, and the corner shop at the other. 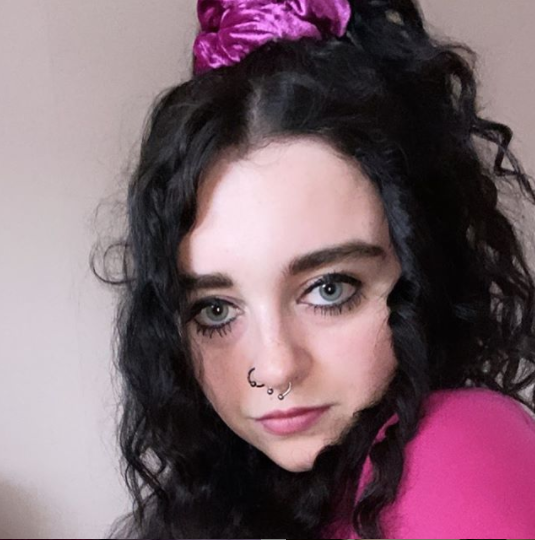 Mollie's portrayal of Nina marks her first TV role. When she joined the ITV drama, she said: "I am absolutely delighted to be in Coronation Street.

"I grew up watching the show and it is surreal to be on the set working alongside such incredible actors as David Neilson and Alison King.

"Nina is a really interesting character, she is a bit of an outsider and although she is reluctant to let Roy into her life she soon realises they have more in common than she first thought."