Coronation Street: Sarah cries as she sits at Adam's bedside

Coronation Street concluded their 60th anniversary with a whopping cliffhanger; who attacked Adam Barlow (played by Sam Robertson) and is he dead or alive? ITV revealed four possible suspects; Gary Windass (Mikey North), Carla Connor (Alison King), Sarah Platt (Tina O’Brien) and Peter Barlow (Chris Gascoyne). The most likely to commit the deadly blow is Gary considering his previous deadly actions and general thuggery, but viewers have pointed out a big clue as to why he wasn’t guilty of knocking his arch-nemesis out cold.

Earlier this week, Gary was seen frantically scrubbing his hands at the kitchen sink when his wife, Maria Connor (Samia Longchambon) walked in.

“Where have you been?” She demanded and he replied: “Just driving around, you know?”

“Don’t lie to me Gary,” the hairdresser pressed. “Have you done something to Ray? I know what you’re like.”

“And what’s that supposed to mean?” Gary hit back. 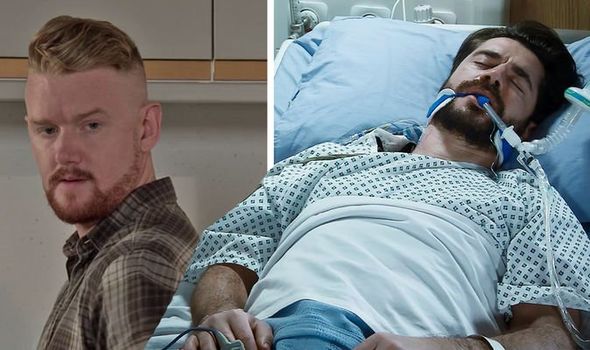 We will use your email address only for sending you newsletters. Please see our Privacy Notice for details of your data protection rights. Coronation Street spoilers: Adam Barlow’s attacker exposed by fans?

“That you would want to have it out with him because of what he did to Faye?” She suggested.

“Look, I went looking for him, alright? Drove around all night but I couldn’t find him. I swear to you,” the loan shark argued.

Fans don’t think Gary was looking for Ray Crosby (Mark Frost), or that he was responsible for hitting Adam.

Instead, many believe Gary was digging up Rick Neelan’s (Greg Wood) body from the woods after Sarah tipped off the police about Gary’s involvement in his murder. 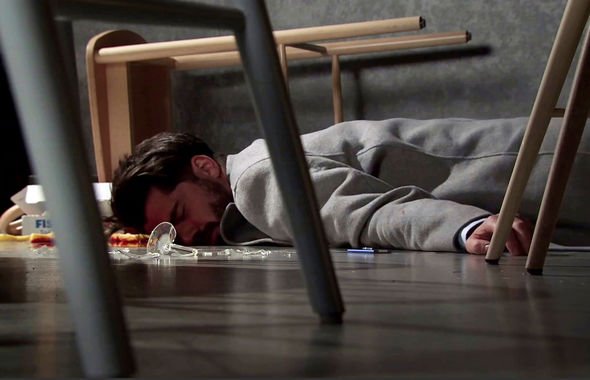 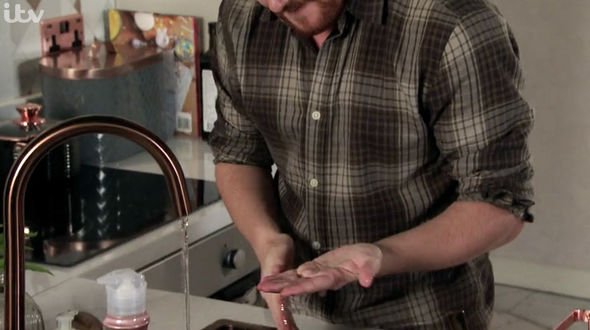 Taking to Twitter to comment, one said: “Tweets – My #Corrie theories Simon attacked Adam because Peter was far too pissed to do it. Gary moved the body that was in the woods, which was why he was washing his hands in the next episode… but where was Sarah and why did she lie about being out?”

“Starting to think Gary moved Rick’s body on the night Adam was attacked, that’s why he was washing his hands, Gary’s most capable of attacking Adam, but reckon it could be Peter but he doesn’t remember as he was drunk #corrie,” another added.

A third wrote: “Okay yess i agree with this theory or whatever…Gary didn’t have an alibi because he was out moving ricks body after adam threatened him, he can’t really tell maria that and he was washing his hands #corrie.”

As for who the viewers think really did bash Adam over the head, Simon Barlow’s (Alex Bain) name keeps cropping up. 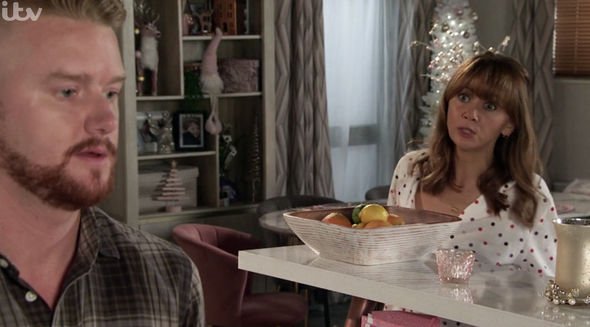 The teenager found his father sitting on a bench, swigging from a bottle.

He was angry with Peter for touching alcohol after finding out Carla and Adam had spent a night together.

But he was even more furious with Adam for betraying the whole family like that.

Could he be the one who entered the Bistro in the dead of night and thumped the solicitor on the head with something heavy?

As for the consequences Gary’s actions are going to have on his marriage, the actress who plays Maria spoke out about the possibility of them splitting up.

“I think it’s really pushing her to the edge with him, I don’t think it’s looking good for them because of the level of trust that she hasn’t got for him any more because of all this, she just knows, deep down, that he’s hiding someone from her and something so serious,” she told Express.co.uk and other press.

“But at the same time, she knew what he was like when she married him so I think she has expected a bit of a bumpy ride, but not this bumpy, not for him to be accused of murder.

“She’s excelled herself this time, marrying a potential murderer. She’s been engaged to one before but not actually married one.”