It was all a ruse though as Sarah was actually getting up close and personal with Adam Barlow (Sam Robertson).

But Gary and Rick’s reunion ended in a brutal brawl, with Rick going in for the kill as Gary desperately tried to reach a nearby rock.

And while viewers will have to wait until Wednesday night to see more, it seems the latest Corrie spoilers could have revealed the outcome.

Next week, Craig Tinker (Colson Smith) tells Bethany Platt (Lucy Fallon) that the police will have a look into Rick.

He does some digging and discovers that Rick has gone abroad – but has he?

Adam begins to get curious too but he could find himself caught in the crossfire.

Soon, news reaches Weatherfield that Rick’s car has been found on a street and police are checking CCTV. 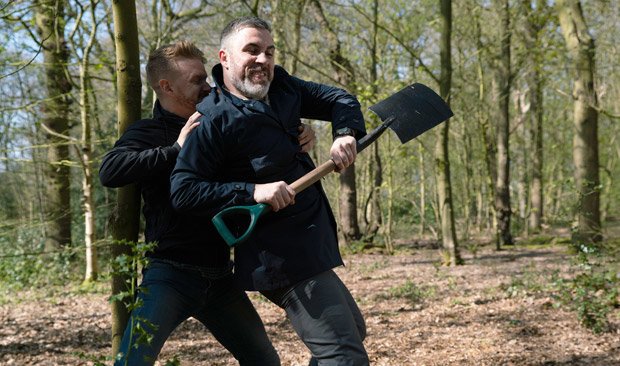 Meanwhile, Adam quizzes Sarah about how she really got a bruise on her arm recently – but will she reveal what Gary did?

Adam becomes certain that Gary assaulted her, despite Sarah’s pleas to keep the situation calm.

She’s furious and tells Adam she can fight her own battles – is this the end to their blossoming relationship?

And later in the week, a teenage girl arrives looking for Rick – but who could she be? 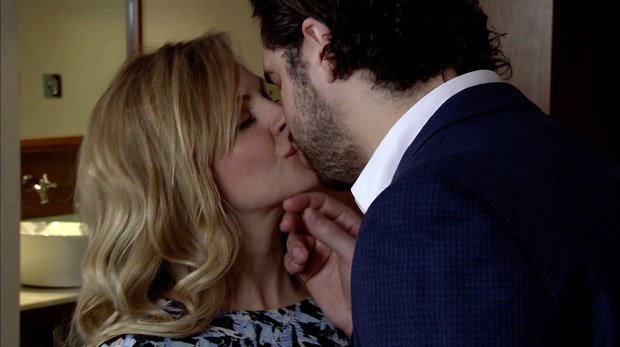 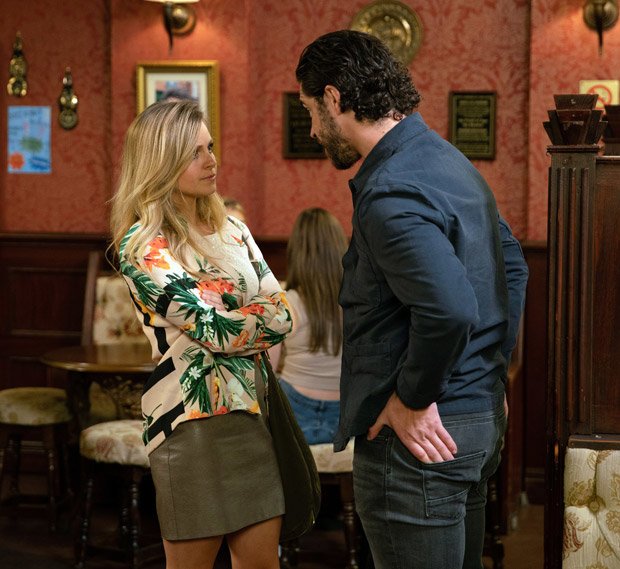 This week’s spoilers mysteriously avoid mentioning Gary’s whereabouts and are cryptic about Rick’s.

Could this be to avoid revealing that Gary somehow manages to overpower Rick and tries to cover his tracks?

Whatever happens, it’s clear this storyline is set to get even darker.

Coronation Street continues Wednesday at 7.30pm and 8.30pm on ITV.