With Yasmeen Nazir (played by Shelley King) behind bars, Geoff Metcalfe (Ian Bartholomew) is terrorising other women on the streets of Weatherfield. Earlier this week, he managed to get rid of Elaine Jones (Paula Wilcox), his means, no one knows as of yet. But Alya Nazir (Sair King) is only one step behind the master manipulator and during their conversation outside Speed Daal, Coronation Street viewers saw the young woman bar Geoff. But she also mentioned Craig Tinker (Colson Smith) and his involvement in the case.

“So what were you saying about the police? Did this DS Abney believe you then?” Ryan Connor (Ryan Prescott) asked.

“You know what the police are like, they don’t give much away!” Alya replied to her boyfriend.

“Giving Yasmeen’s accusations, you’d think they would look into whether the woman is who she says she is,” Ryan continued.

Clearly frustrated by the conversation, Alya commented: “I know.” 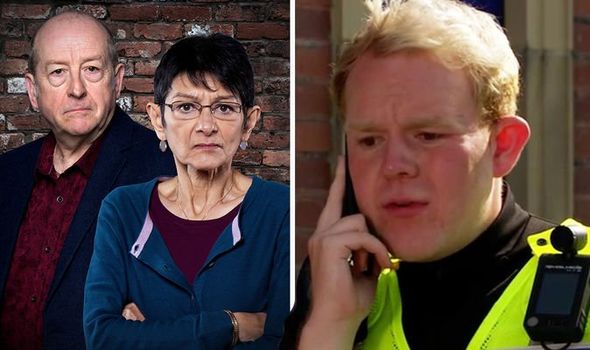 Ryan then left the flat and Alya phoned Craig to see whether he had any more information which could help her.

When he picked up, he explained: “One of my colleagues has talked to him [Geoff]. He claims not to know the woman.

“Look, the thing is, right now, there’s nothing to prove there’s a connection!”

“Well there’s not going to be is there! We all know he is pretty good at covering his tracks!” Alya hit back. 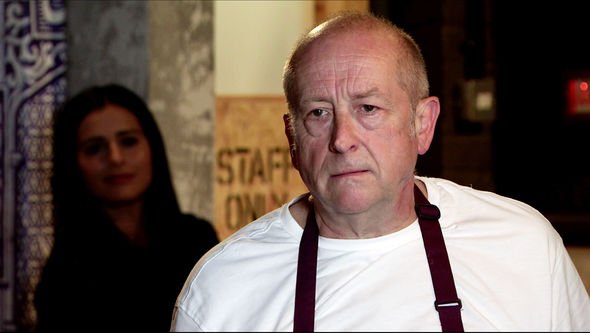 “Listen, just give it a couple of days, if she’s [Elaine] not turned up, I’ll have another word for you,” Craig appeased.

Unhappy with the response, when Alya saw Geoff trying to turn up to work, she took all her frustrations out on him and stopped him from entering.

“You’re not talking to my gran now – or Elaine!” Alya shouted.

“You barricaded me out of my own house, remember? And that didn’t go so well for it did it?” Geoff hit back. 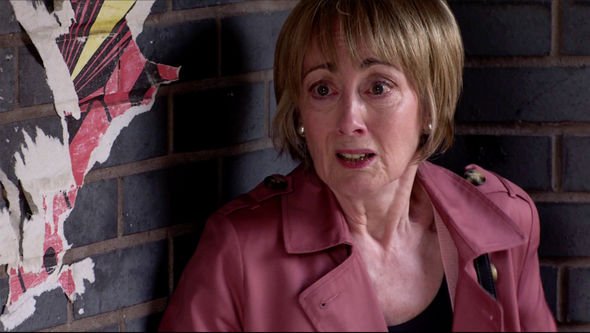 “You had Craig, wrapped around your little finger – just like my gran,” Alya argued.

“But Elaine found her voice didn’t she? It might’ve taken her 50 years because she was that terrified, but she found it.”

“I didn’t have you down as the gullible type,” the older man remarked.

So why did Alya mention the local police officer?

Perhaps Craig could find himself taking oath and standing up in court, offering evidence.

Does this mean Alya and Ryan’s stage-in in Yasmeen and Geoff’s house will be brought up and used against the Speed Daal chef on trial?

Viewers will have to wait a few more weeks until the trial begins.