Coronation Street resident Liz McDonald (played by Beverley Callard) left the ITV soap earlier this month after three decades of causing mayhem in Weatherfield. However, when fans realised the beloved character had left without much notice, they were left calling for her to make a comeback. But now, it seems Liz could be back on the Street one final time after star Beverley Callard admitted she “will be back” in the future – could she end up being a part of the show’s  60th-anniversary drama?

Liz has never been short of drama on the Street and had her fair share of ups and downs in recent years.

Recently, the character had heartbreak to deal with after her grandson Oliver (Emmanuel and Jeremiah Cheetham) was diagnosed with mitochondrial disease.

But despite the fact fans knew the soap stalwart was set to leave the cobbles, they were left saddened by the way she exited.

Her on-screen son Steve McDonald (Simon Gregson) and his son Oliver’s mother Leanne made the announcement earlier this month. 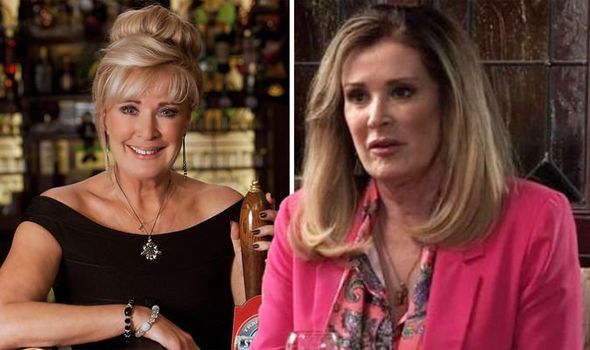 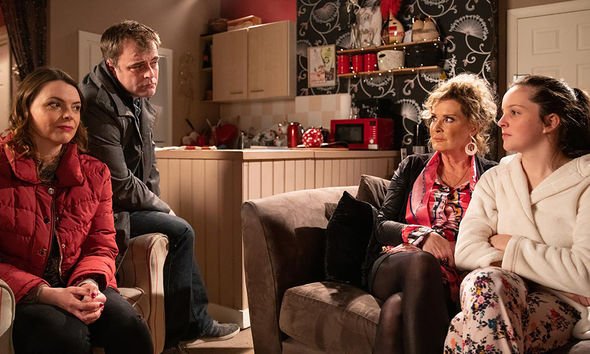 Leanne said to Steve: “I don’t suppose it helps that your mum’s in Spain either.”

“No, but I get why she had to get out of here, but yeah, one less person to talk to I suppose,” Steve reminded her.

However, fans were left confused after it had been promised the character was set to have a dramatic exit.

It has since been revealed the real reason why the fan-favourite was unable to complete her planned departure. 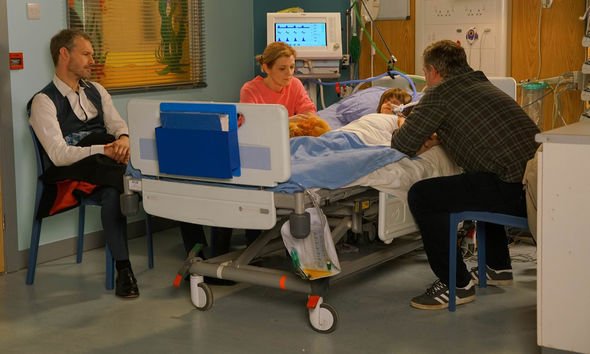 Actress Liz had undergone a routine hip operation back in March but complications led to her struggling to walk.

This meant she was unable to complete her stint but yesterday, she gave an update to fans during an interview.

“This is the toughest fight of my life but I am determined to win it.

Luckily, it looks as though Liz will get the exit fans wanted for her after she makes a recovery.

Beverley added: “I love playing her and she has inspired me to want to get on my feet again so I can do it one last time.”

The star went onto praise the show’s team, explaining they had been “amazing” and offered to put alternative arrangements in place.

Liz added: “Corrie have been amazing. They said they could get me a wheelchair and film my return like that. But, unfortunately, it wouldn’t work for me or for Liz! I’m hoping I won’t have to have a wheelchair now.”

“I don’t think I’ll be back until next year but I will be back – that’s for sure,” she promised. “As soon as I’m well enough I will film Liz’s exit. I just hope it’s a belter,” she teased to The Sunday Mirror.

Could Liz end up making a dramatic temporary return in order to facilitate the explosive exit she was originally planned to have?

With the 60th-anniversary of the ITV show just around the corner, it seems as though this could be the perfect opportunity to Liz one final send-off.

But just how will Liz end up making a permanent goodbye to Weatherfield?

Coronation Street airs Mondays, Wednesdays and Fridays at 7:30pm and 8:30pm on ITV.