Soap stars hopping from show to show is nothing new, but we think we might have found the shortest time between an actor finishing in one soap and popping up in another.

Friday’s (August 17) episode of EastEnders featured Sharon and Keanu getting even closer, Ian complaining about something and Max and Rainie going at it like rabbits.

More importantly, we all noticed a familiar face: it’s only bloody Flora McArdle from Coronation Street!

So what’s she up to in Albert Square, then? Getting stick from Ted, that’s what. The two exchanged barbed words over him only putting up with her because she was Joyce’s friend, while she responded in kind.

Last time we saw Flora in Corrie, she had gone into a care home (but not before saying something really quite bizarre). That was in July, so it’s really not taken long at all for her to escape to live in London. What would Daniel say if he knew? 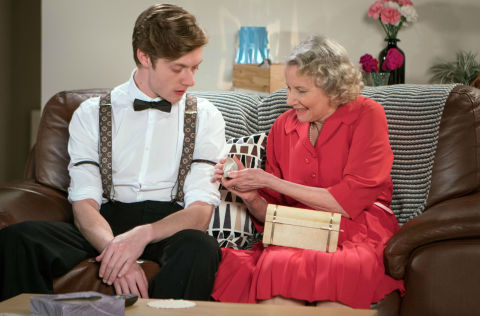 In fact, she actually appeared in Albert Square as this character, Joan, all the way back in June 2017, which was before she appeared as Flora in Corrie.

But there’s more! She actually played two separate Corrie characters in 2006 and 2015, respectively.

So there you go, if you ever get an ‘Eileen Davies soap roles’ round in a pub quiz, you’re laughing.

EastEnders continues on Monday, August 20 at 8pm on BBC One. 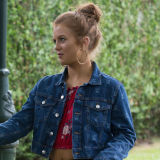 Digital Spy Soap Scoop video – hit play below for all the latest EastEnders spoilers, as Tiffany gets involved with a gang and Ian goes on the warpath over Kathy’s love life.