Coronation Street‘s Gail Rodwell is left furious tonight (August 22) as she realises that her mum Audrey Roberts is back in contact with Lewis Archer.

Gail (Helen Worth) is played for a fool when Audrey pretends that she’s off on a cruise, wanting to escape scrutiny from her family as she starts dating Lewis again.

In light of Lewis’s jail sentence and his decision to give Gail her £40,000 back, Audrey has decided that he’s a changed man and deserves another chance… again.

As Audrey invites a newly-released Lewis (Nigel Havers) over for a romantic evening, she’s confident that nobody will bother them thanks to her cover story about sailing the seas. 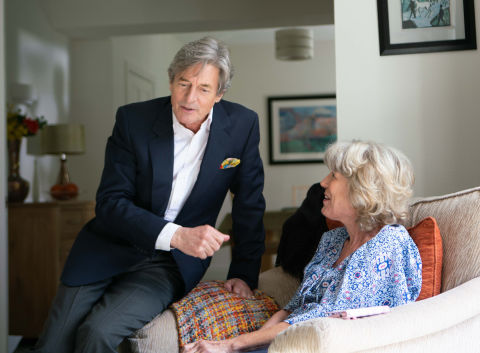 Unfortunately, Gail isn’t as easy to fool as Audrey believes and she smells a rat when she discovers that the cruise ship in question was actually scrapped months ago.

Fearing that Audrey could be confused and showing signs of dementia, Gail heads over to her house to get some much-needed answers.

Although Audrey’s frenemy Claudia Colby tries to warn her that Gail is on the way, she misses the messages and gets rumbled as a result. 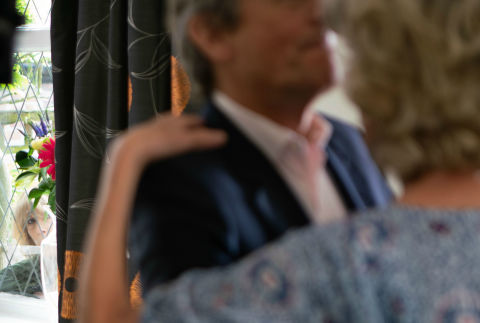 After a cosy meal, Audrey and Lewis dance lovingly in front of the window – oblivious to Gail peering through. How will Gail react to see that Audrey has forgiven Lewis again?

Sue Nicholls, who plays Audrey, revealed: “Gail discovers that the cruise is a lie and she is worried about Audrey, so she heads over to Grasmere Drive.

“Audrey and Lewis have music playing, they have been having a lovely evening and they are about to have a dance together when Audrey sees Gail’s horrified face peering through the window. It was very funny to film.

“Audrey knew it wasn’t going to be easy. She knows how Gail feels and she wasn’t brave enough to tell her. She did probably want to see how it was going herself before she told the family, but now the genie is out of the bottle.” 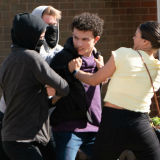