Antony Cotton filmed the shock scenes on location in May and we’ll finally see how his character ends up in such a bad state in this evening’s scenes.

Wednesday’s Corrie double bill sees Sean convinced that his time sleeping rough is finally over, as he eagerly awaits his Rovers wages from the Battersbys.

Sean has pinned his hopes on renting a bedsit from a friend of Dev Alahan’s. However, once Sean finally has the cash he needs, he’s left disappointed as Dev reveals that someone else is now staying there. 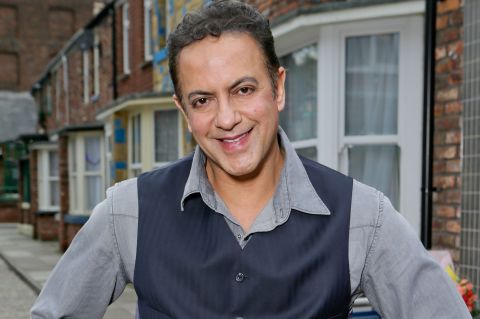 To make matters even worse, when Sean later returns to the park where he’s been sleeping, he attracts the attention of two thugs who spot his money.

The men lie in wait before taking the opportunity to rob Sean in the park toilets, leaving him bloodied and battered when things turn violent.

Sean’s only hope afterwards is a fellow homeless person called Carol (Emma Hartley-Miller), who takes pity on him by taking him to the hospital to get checked out.

Later, Sean finds his things have been stolen, but is offered help elsewhere when Carol shows him a homeless encampment in another area of the park. With all of his cash gone, is Sean’s time sleeping rough only just beginning? 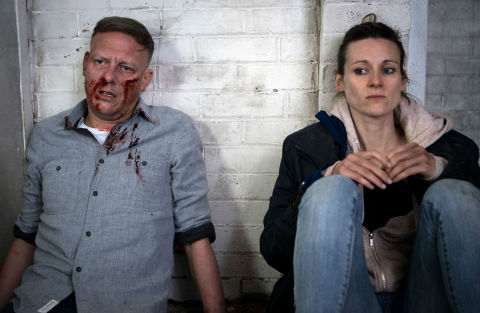 Antony Cotton recently revealed: “From start to finish, [the story lasts for] three months. There’s the lead-up to it with Sean’s job loss, then him being homeless and him finally having salvation. You’ll see that he ends up in a homeless village and he befriends a character called Carol.

“They ask each other about their stories and the eye-opener for Sean is that Carol says she’s been homeless on and off for nearly four years. He’s brought into the homeless community, because Carol says that it’s safety in numbers after Sean has been mugged.”