DANNY Dyer’s game show The Wall will be filmed in the UK after the BBC scrapped filming in Poland.

The EastEnders actor will film the new series later this summer in London, The Sun Online can exclusively reveal.

The future of the new show was in doubt with the huge set for the show built on site in Poland.

It was used by several international versions of the show to help keep costs down.

Hosted by Danny and voiced by legend Angela Rippon, contestants have to answers questions in four separate rounds in the hopes of winning tens of thousands of pounds.

The expense of building the gargantuan set means the BBC could have been forced to scrap plans for the second series – despite it being one of the channel’s biggest new hits.

But bosses have pulled out all the stops and the set will be recreated in the UK at not inconsiderable cost.

A source revealed: “The show has proved a huge hit and bosses were desperate to bring it back.

“They’ve found a way to do it safely and in Britain so it’s all going ahead.

“Danny’s thrilled with it and fans will be too.” 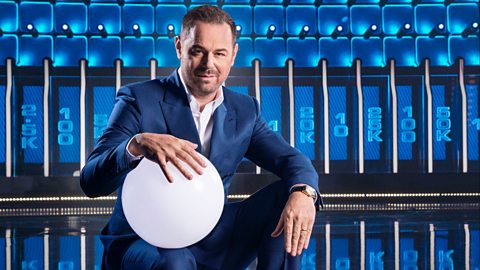 A BBC spokeswoman exclusively told The Sun Online: “In light of the current fast changing travel restrictions owing to COVID-19, the second series of The Wall will be filmed in London and not in Poland where the previous series was shot.

“The new series will be recorded in late summer and will follow strict health and safety production protocols to ensure the safety of all on set.”

The Wall is expected to air later this year.