Death In Paradise actress Shyko Amos has quit the BBC murder mystery drama after two series starring as Officer Ruby Patterson. She recently took part in the latest series of Celebrity Masterchef but was eliminated in the first round.

But as the BBC hit show heads into its 10th series, Ruby sadly wont be making a reappearance.

Death In Paradise has resumed filming after having to cease all production throughout the coronavirus pandemic, and is the broadcaster’s first single camera drama to start up again since lockdown.

In a press release ahead of the 10th anniversary series, bosses confirmed that Ralf Little as D.I. Neville Parker, Don Warrington as Commissioner Selwyn Patterson, Tobi Bakare as D.S. JP Hooper and Elizabeth Bourgine as Mayor Catherine Bordey will all be returning to reprise their roles on the sun-soaked island of Saint Marie. 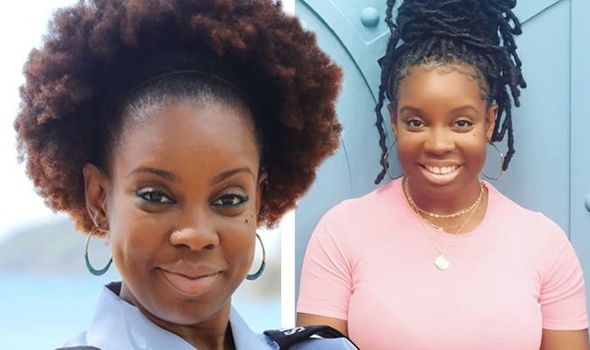 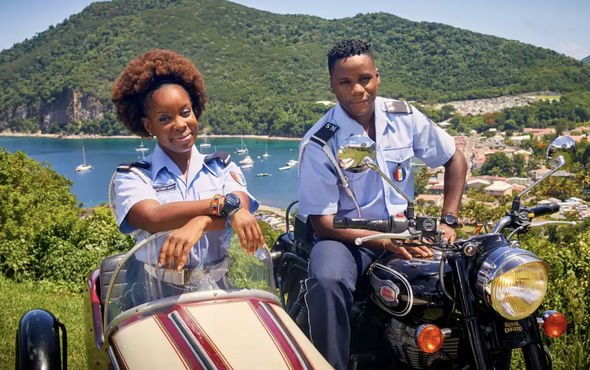 And on Shyko’s departure, they sent a moving message to their valued colleague.

“After two series bringing law, order, and joy to the streets of Saint Marie, we’re sad to say goodbye to Ruby Patterson who made such a massive impact in such a short time!” the statement read.

“We would like to thank Shyko Amos for bringing Ruby to life.”

Shyko, who was a TV newcomer, won over the hearts of the nation as the made her debut as the rookie cop with big boots to fill. 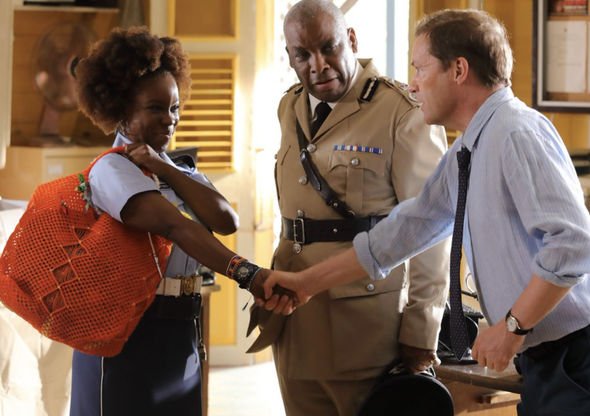 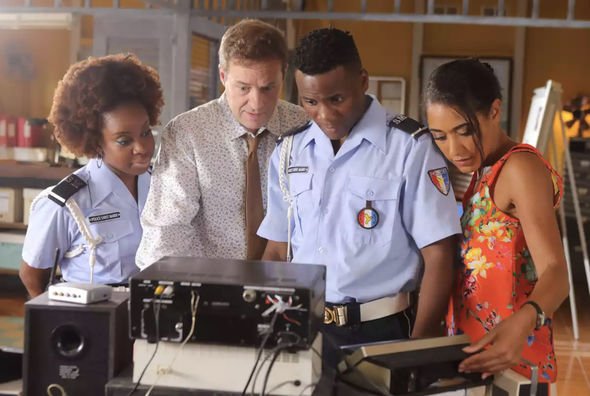 On getting the role on the popular primetime drama, she described it as a “dream”.

Ruby quickly became a much-loved character on the show, as the niece of Commissioner Selwyn Patterson.

Speaking of her character, she previously said: “She’s her own whirlwind of a person, and she brings that into Saint Marie,” she said.

“I think throughout the season you really get to see how this person who just thought, ‘Oh I’ll do this for a couple of weeks and then I’ll leave this job,’ actually ends up finding her place and discovering that she really does enjoy being a policewoman.”

But now its onwards and upwards for Shyko and perhaps a return in the future may be on the cards.

But with any new series, characters will come and go (more often than not on this one!), but viewers better be ready to welcome some fresh faces, too.

Season 10 will see the arrival 18-year-old petty criminal Marlon Pryce, played by Tahj Miles, as he embarks on a journey of self-realisation after bumping into JP.

Executive Producer Tim Key said: “We are very happy to welcome Tahj Miles to the show.

“Marlon is going to make real waves once he arrives in Saint Marie.”

Tim also teased more treats in store for fans: “We’ve got some real treats for our long-term viewers as the series progresses – including some major surprises and the possibility of another returning face or two.

“We are determined to make this our biggest and best series yet and can’t wait to take our viewers back to Saint Marie in 2021.”

Death In Paradise returns next year on BBC One.