The cast of Doctor Who have confirmed that the eleventh series will feature an episode shot under difficult circumstances in South Africa.

New showrunner Chris Chibnall and his production team have kept most of the details about the new episodes in near-total lockdown, with the cast only now confirming to Doctor Who Magazine that they secretly went abroad to film scenes in the African country.

“The Doctor Who shoot was three weeks. It was warm, so that was good,” new Doctor Jodie Whittaker revealed. “The ambition was huge and the landscapes there – you couldn’t have got that here. 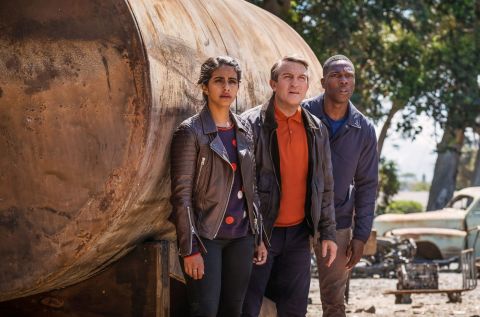 [The companions in the episode filmed in South Africa]

“But it required a lot of focus because we knew we had a lot to do in three weeks. We were working with a really great South African crew. They recommended things for us to do on our days off!”

The downside was that the Doctor Who cast and crew arrived in South Africa as the country was in the middle of a drought, which restricted them to “two-minute showers” and largely limited water usage overall. 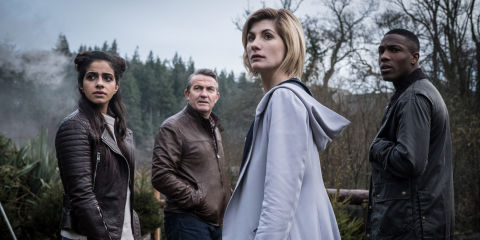 “Other than the water crisis, we had a really good time out there,” Tosin Cole (aka The Doctor’s companion, Ryan Sinclair) said.

The cast didn’t divulge any further details about the episode, but Radio Times suggested that South Africa might actually be doubling for the American deep south.

That would make sense, since there were previously reports that series 11 will have an episode about the US Civil Rights struggle, in which The Doctor and her friends meet the activist Rosa Parks. 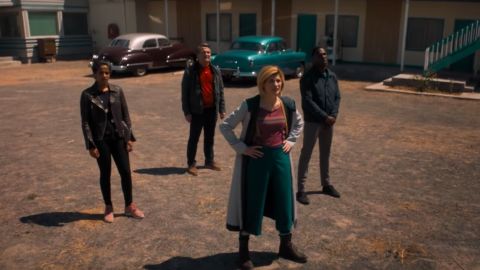 The fact that nobody knows for sure about the storyline is very much by the production team’s design, as showrunner Chris Chibnall recently explained during an interview with Digital Spy.

“Wouldn’t it be brilliant if everybody watches these episodes at the same time, as much as possible? Doctor Who is one of those shows that can still hopefully do that,” he argued.

“So it’s not out of a desire for secrecy, it’s a desire for that moment when it goes out of people experiencing it together.”

Doctor Who will return to BBC One in the UK and BBC America in the US this autumn.