Doctor Who‘s Jodie Whittaker clearly is an absolute delight, and we frankly cannot wait to see her proper debut as the Doctor next month.

However, when she was announced as the first woman to play the iconic Time Lord last year, the sewer of predictable sexism gushed in.

Well, she’s taken on those trolls in a brilliant new video from Stylist, where she laughs off all those mean tweets and proves who is truly boss.

Responding to one barrage of red angry faces declaring that she has “ruined it”, Whittaker replies: “You haven’t even seen me do it yet!”

She also expertly takes down one user with an unpronounceable Twitter handle, suggesting he “have a better name”.

The actress further laughs off his opinion that she has ruined the franchise, joking: “I hope we hang out sometime.” 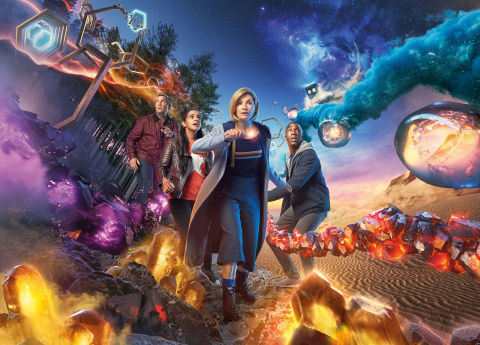 Whittaker recently said that she cannot “even begin to debate” those sexist critics of her taking on the role of the Doctor.

“It’s not a fact – it’s an opinion,” she said. “I have no issue with someone having a different opinion from me. I don’t necessarily want to have my last meal with them.

“I know I got the role on the merits. I didn’t get handed it. I don’t play a gender.”

She added of predecessor Peter Capaldi: “I’m in Peter’s costume. I’m literally in his shoes. If someone is devastated at the loss of him, that’s brilliant, because it just means the show is loved.

“If the fact that I’m a woman is an issue, that’s their issue. I can’t even begin to debate that.”

Doctor Who will return with ‘The Woman Who Fell to Earth’ on Sunday, October 7 on BBC One.