“Let that be something to save for the audience,” says director Patty Jenkins 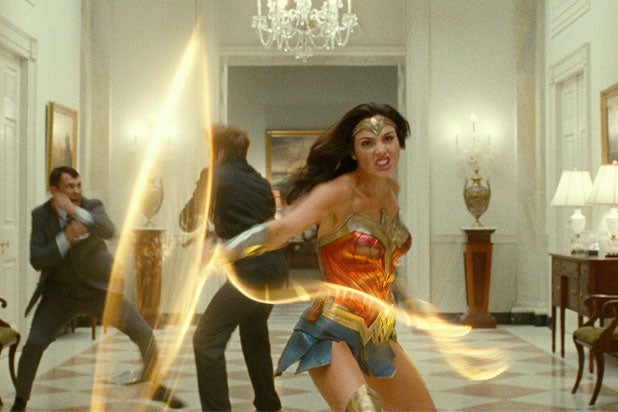 Does “Wonder Woman 1984,” the highly anticipated sequel to Patty Jenkins’ and Gal Gadot’s “Wonder Woman,” have a post-credits scene?

The short answer is “yes,” Jenkins confirmed in a new interview with Cinemablend. The film was recently screened for fansite press, but the post-credits scene was not included so that it wouldn’t be spoiled for fans leading up to the sequel’s release on Dec. 25.

“Let that be something to save for the audience,” Jenkins said. “Just because, God forbid, somebody writes about it, you’re like, ‘Well, then what fun was it? Now we should have just attached it to the end of the movie!’”

The director remained tight-lipped about what the post-credits scene would entail, but she did confirm that it will be available on both the theatrical prints and the HBO Max streaming version.

“Wonder Woman 1984” is set to debut in the U.S. simultaneously in theaters and on HBO Max on Christmas Day after numerous delays caused by the pandemic. While it’s unclear whether most theaters will even be opened by then — especially in California, where the state just announced expanded regional restrictions due to a surge in COVID-19 cases — it appears that WarnerMedia is betting on boosting subscriptions for HBO Max. Last week, Warner Bros. shocked the industry by announcing that all of its 2021 films — including major tentpoles like “Godzilla vs. Kong,” “The Suicide Squad,” “Dune” and “Matrix 4” — would simultaneously release in theaters and HBO Max throughout the year.

Be sure to come back to TheWrap after “Wonder Woman 1984” is released as we break down the mysterious post-credits action.