The actor, Alfie Moon in the soap, is leaving Warner’s East West Records after his comeback album A Country Soul peaked at just No42 in the charts last November. 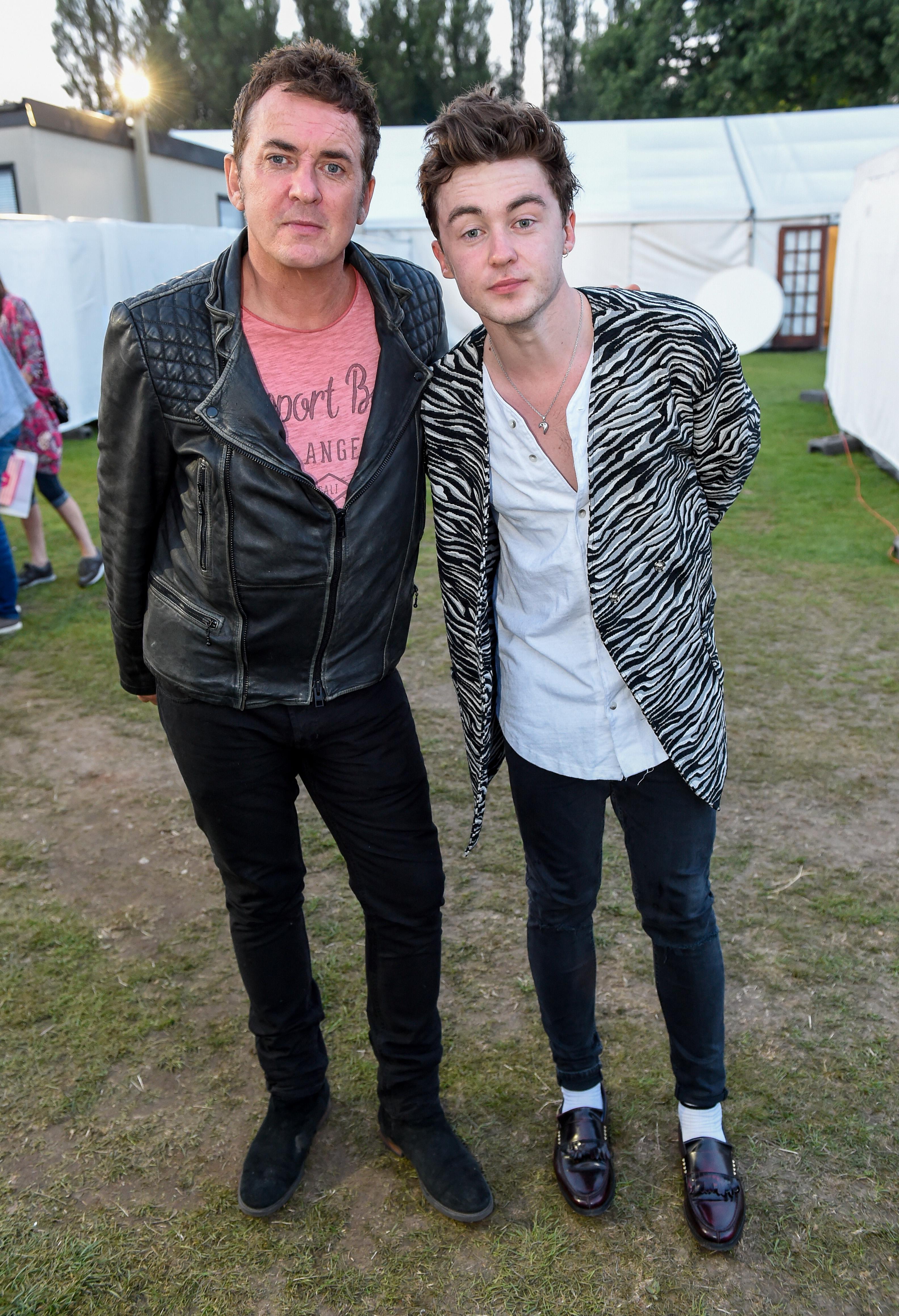 Meanwhile, his son Jake Roche’s band Rixton have been let go by US label Interscope. It released the Brit band’s debut album Let The Road globally in 2015. But here it got to just No19 — although single Me And My Broken Heart was a No1 — and in the US the album made only No32.

Rixton have not recorded anything since December 2016 — when Jake penned a song about his failed engagement to Little Mix singer Jesy Nelson, which never even made the charts — and now their label have lost faith.

But Rixton have also been championed in the US by Justin Bieber and Ariana Grande’s manager Scooter Braun, who got them a slot on Ariana’s US tour in 2015. Now he is lining them up with a new label.

A source said: “Rixton still plan on releasing music and Scooter has arranged that Polydor will release their next project.” 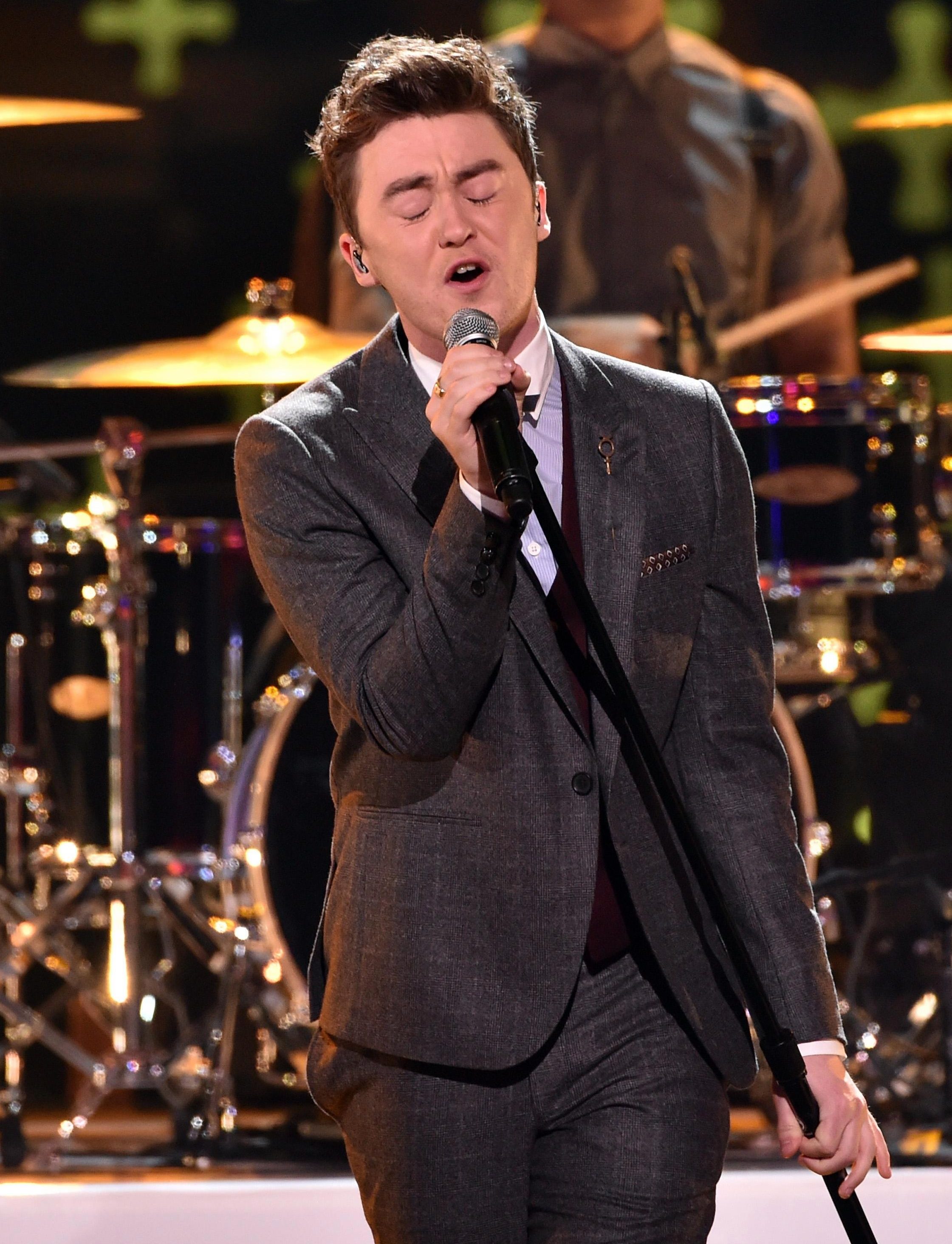 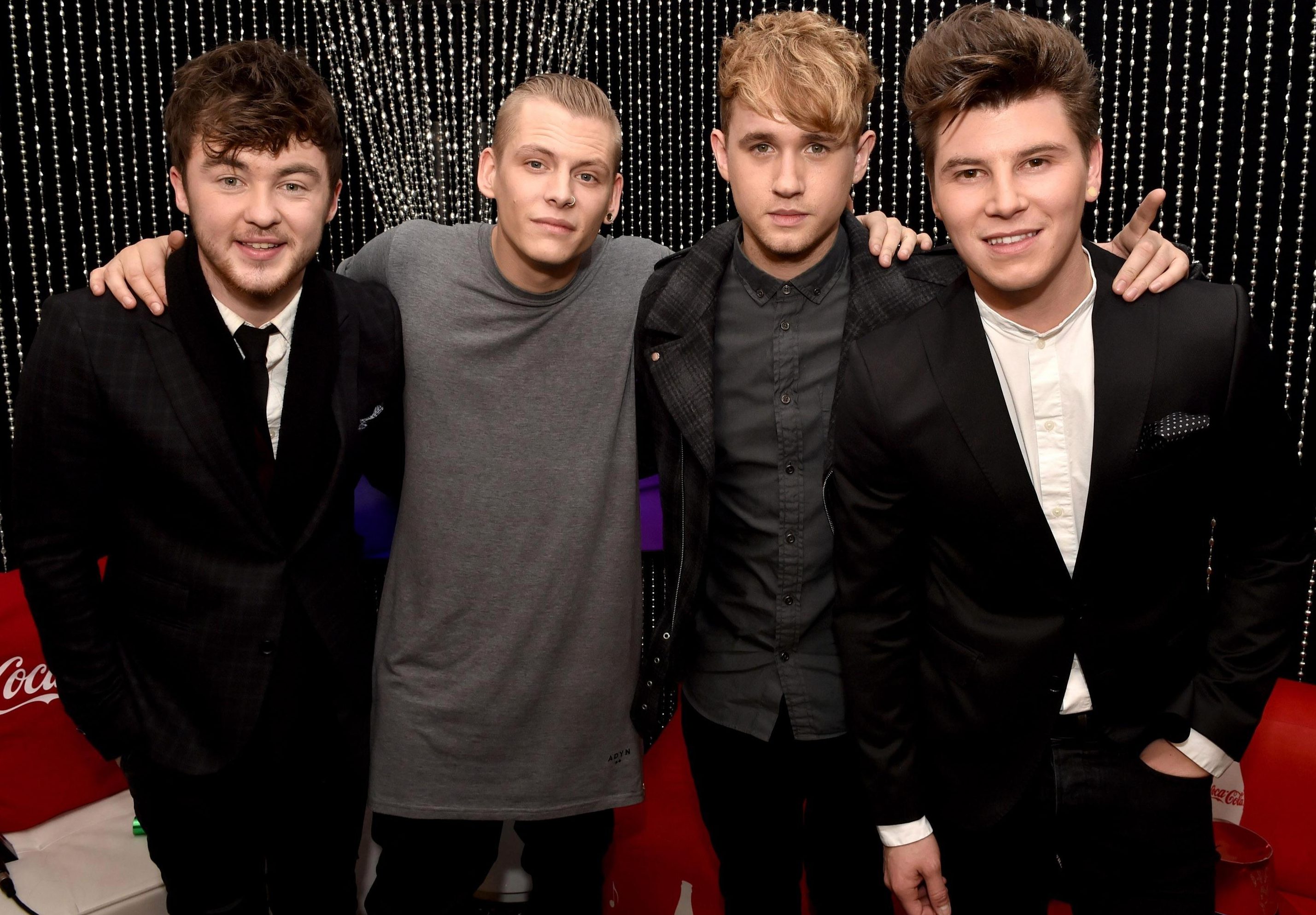 Of Shane, the industry insider said: “He wanted to try to follow in the footsteps of Bradley Walsh, who had chart success in 2016. But it didn’t work and now he’s focusing on acting again.”

Shane had a No2 single with I’m Your Man in 2003 for Children In Need. But now his album of country tune, has failed.

Sadly, he had seemed to predict as much in September as he admitted to Bizarre: “Everyone kept saying, ‘If you do swing or songs from the shows, you could have a bank raid’. And I said, ‘That’s not why I’m doing it’. And the thing is, there is no bandwagon to jump on with this country thing.”

Maybe he should have listened to his pals.

ARIANA Grande would have had more trouble making room for James Corden on her raft than Titanic's Kate Winslet did with Leo DiCaprio. 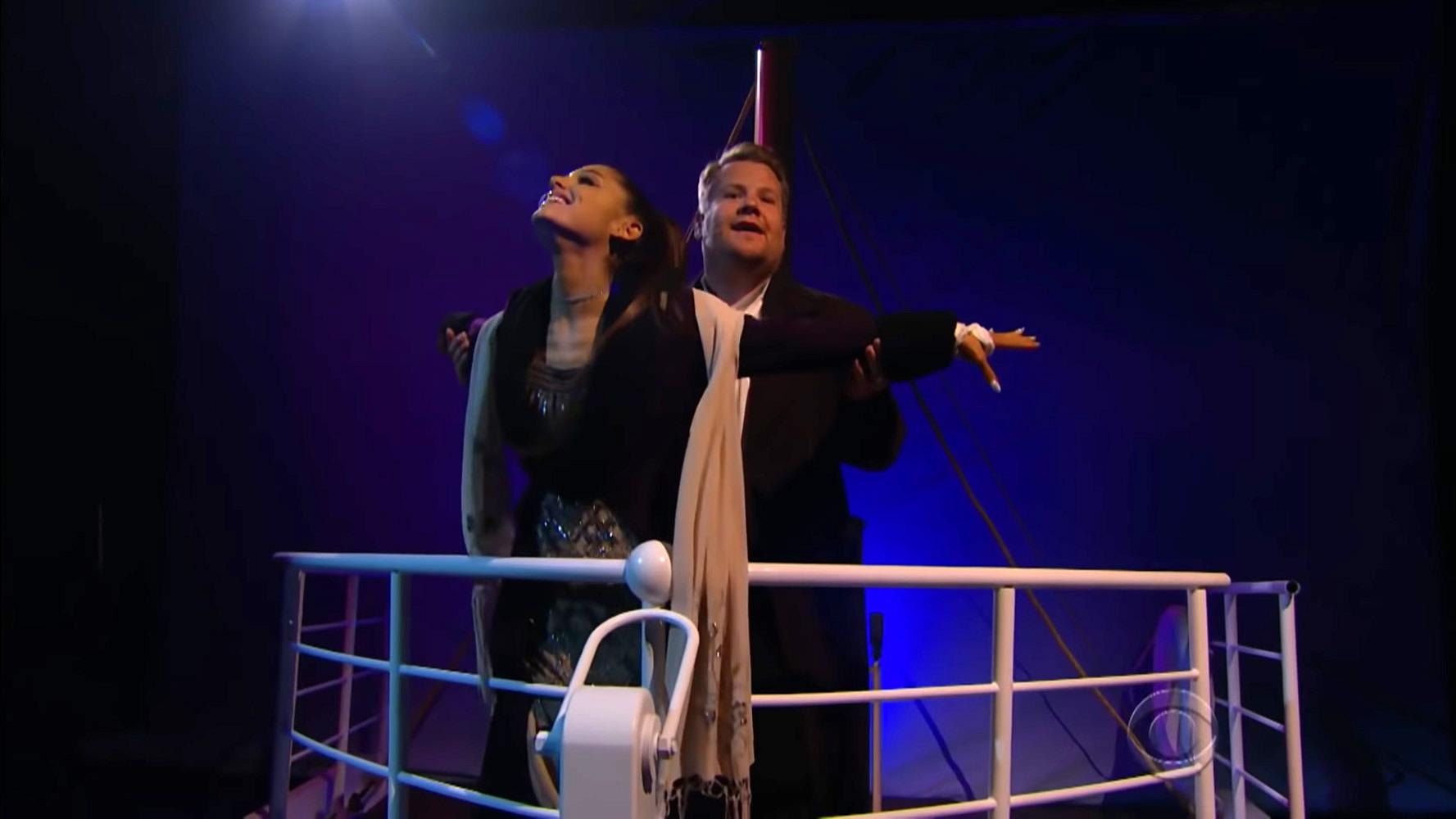 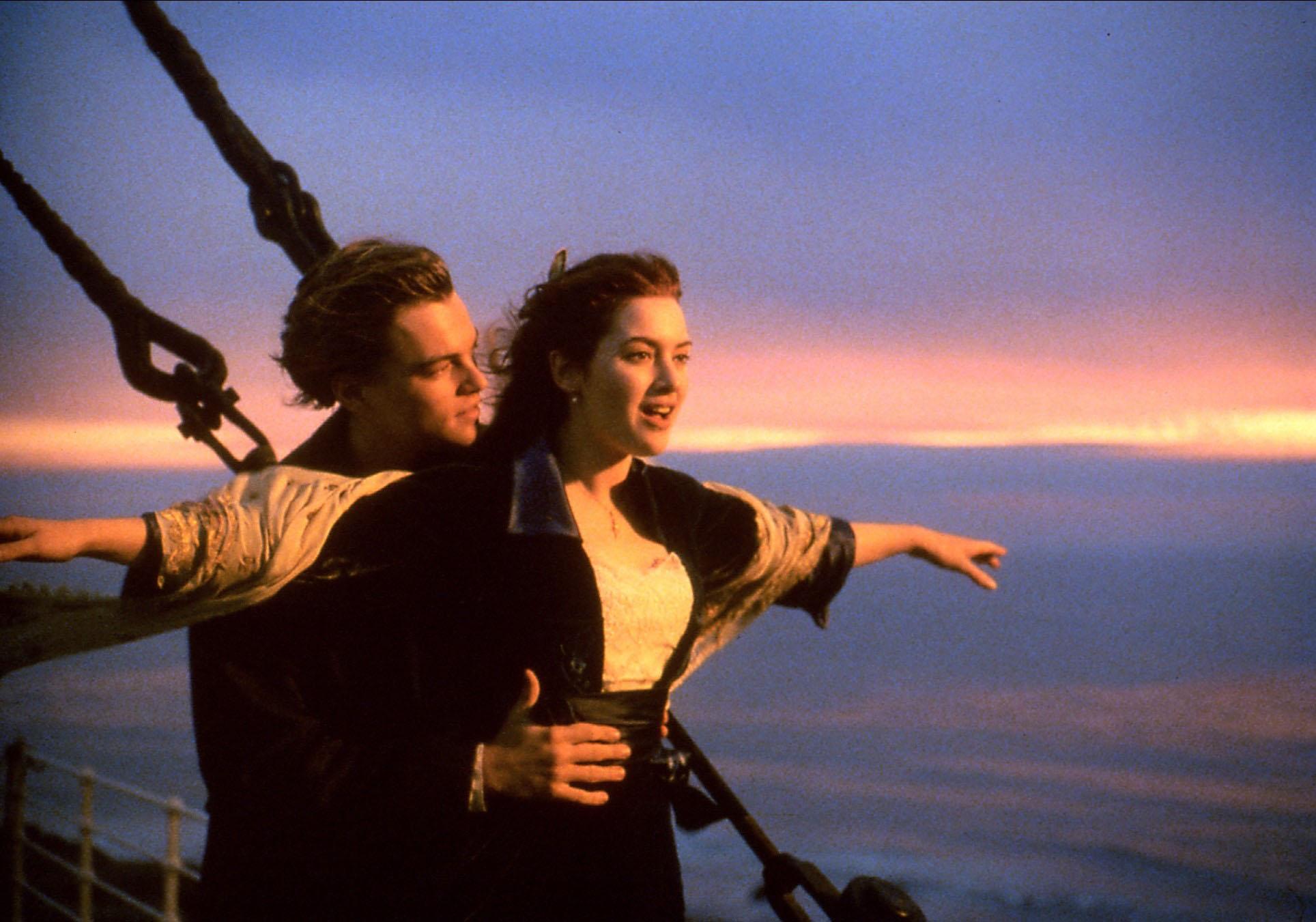 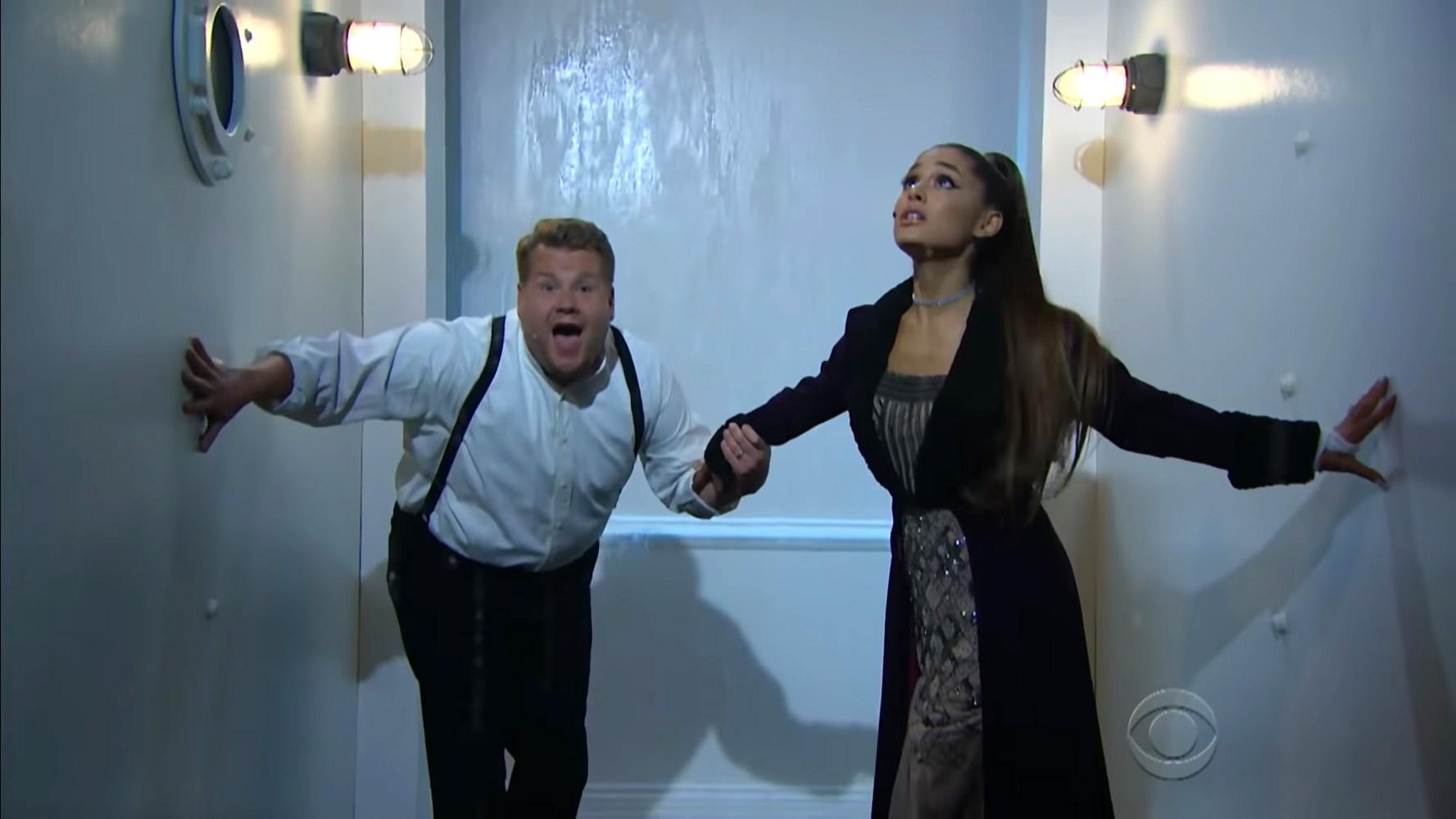 The singer and chat host James teamed up on his The Late Late Show in the US for a musical spoof of the 1997 film as tragic lovers Rose and Jack.

James sang Ed Sheeran’s Shape of You in a take on the “paint me like one of your French girls” love scene, while Jack’s death in the icy ocean was set to N SYNC’s Bye Bye Bye, before the pair sang Celine Dion’s My Heart Will Go On.

Better than the movie.

DEMI LOVATO overdosed after smoking tainted drugs bought from a dodgy dealer, it has been claimed.

The singer allegedly texted the supplier to come to her LA home on July 24 – unaware he was buying “dirty drugs” in Mexico.

She and the dealer then smoked painkiller Oxycodone on tinfoil, according to TMZ. The website said Demi was unaware it appears to have been laced with fentanyl, an opioid 100 times stronger than morphine.

She then collapsed and he ran off. She was found later. Fentanyl is the drug that killed Prince in 2016.

Demi is now in rehab.

Shoe got this Raye

DRAKE better be careful because his lover RAYE has just found a new sole mate. 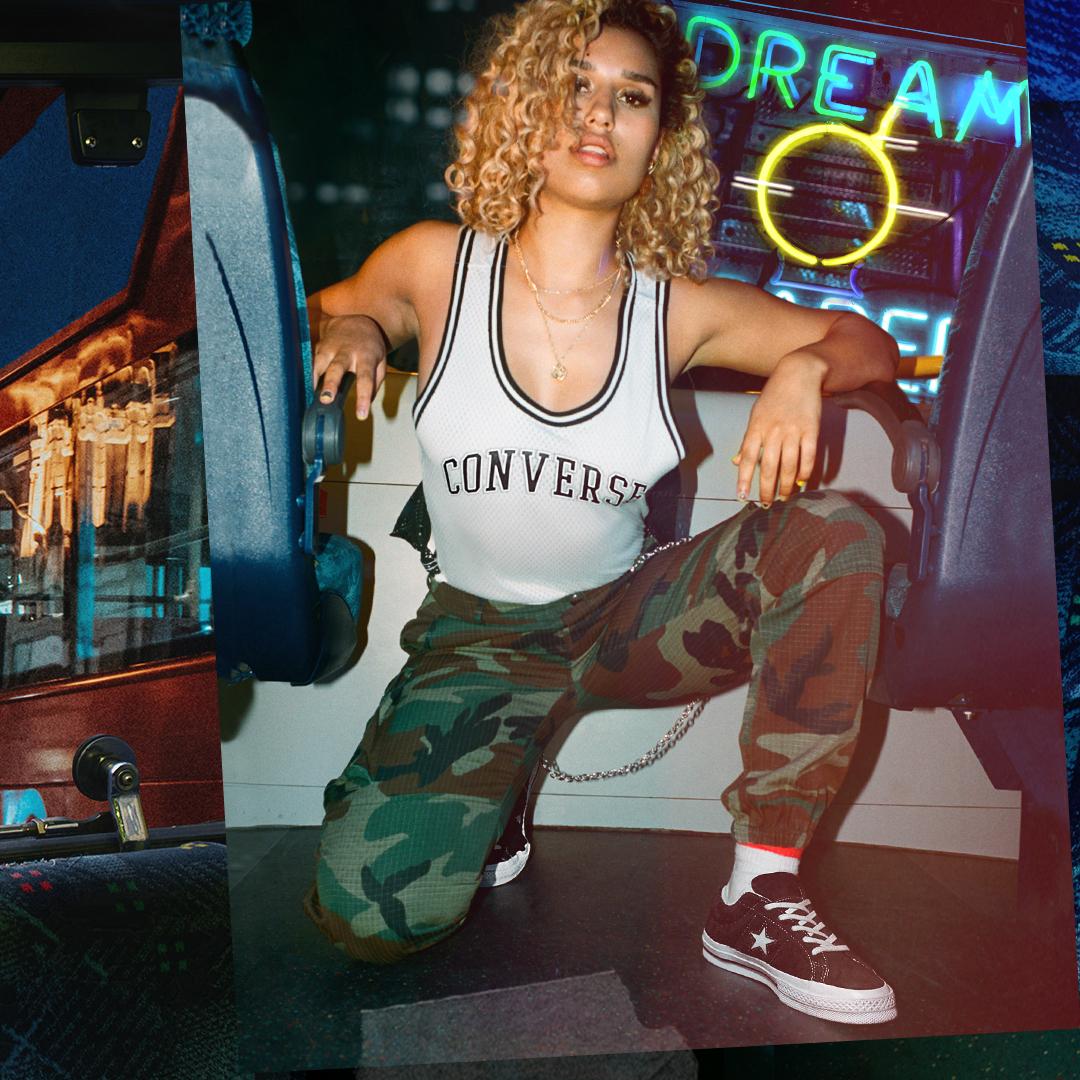 She has become the new face of Converse in the UK in a lucrative deal that will see the Brit singer pocket thousands.

It means Raye, who has been enjoying a string of dates with the Canadian rapper, will appear on posters and online adverts, a move sure to make her a household name.

Raye’s latest song Friends has already been streamed 700,000 times on YouTube and will continue to rise up the charts on the back of her new gig.

That’s a step in the right direction.

PERRIE Edwards has ditched her make-up to reveal a face full of freckles. 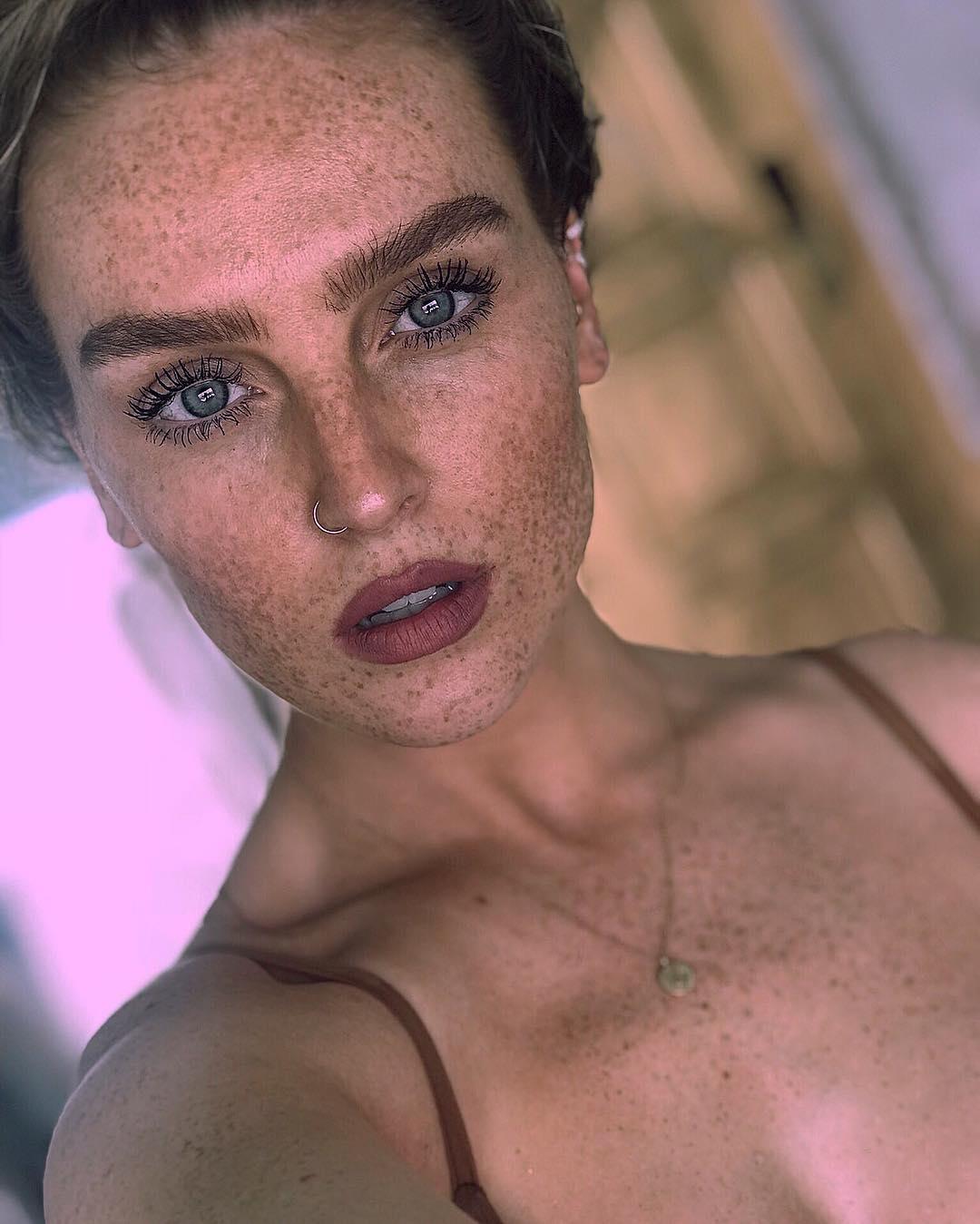 The Little Mix singer looked better than ever as she braved the natural style – and admitted she has spent years trying to hide her true complexion.

Sharing the photo on Instagram, she said: “Growing up, I was always insecure about the freckles on my face. But over the last couple of years I’ve started to embrace them and don’t feel I need to hide them any more. Embrace your individuality.

“Love what you love without worrying about judgment.” 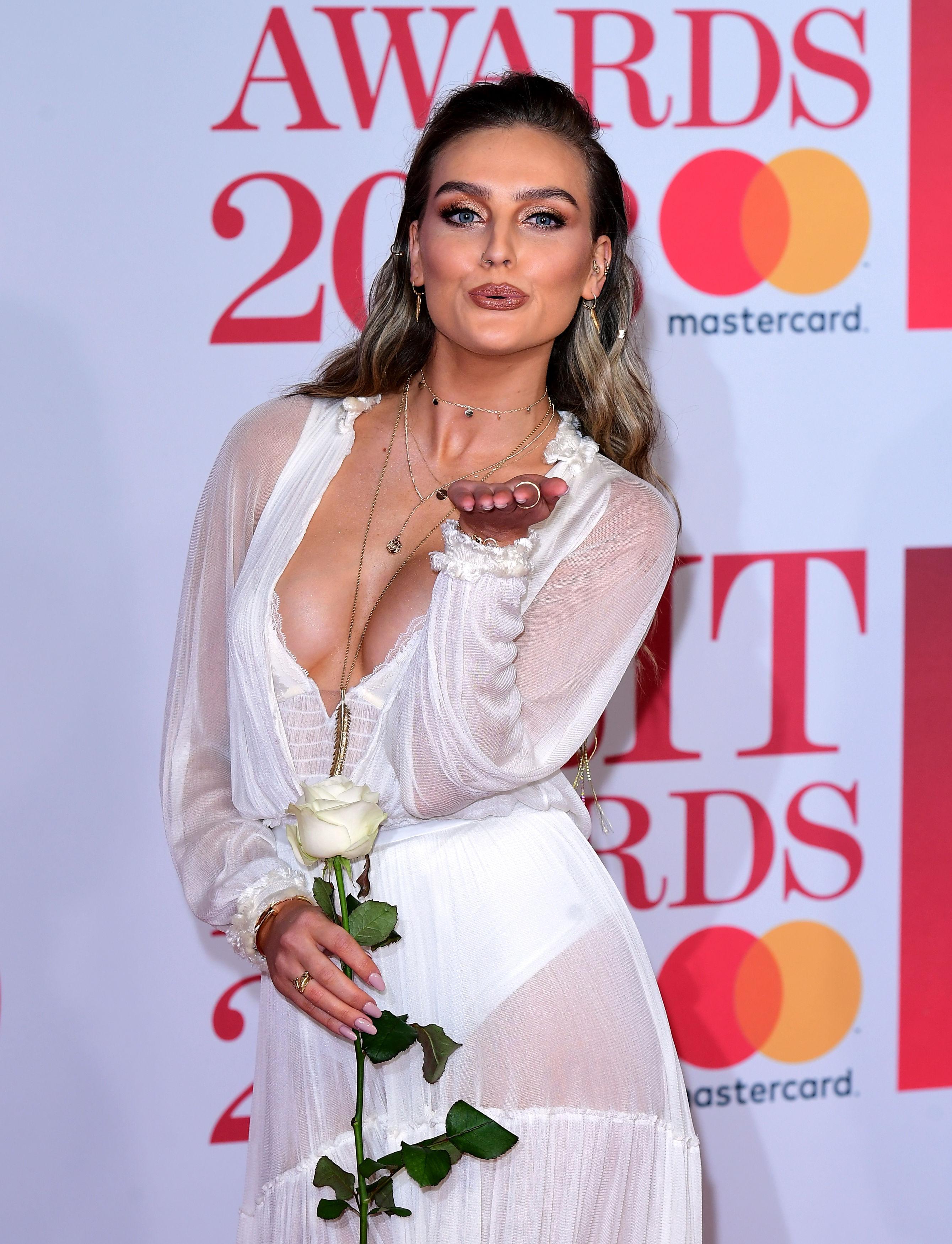 DESPERATE Lindsay Lohan has begged Disney for a movie role through Instagram.

She tagged the studio in an post of Ariel from The Little Mermaid opposite villain Ursula with the caption: “My dream role with Meryl Streep.”

THEIR former bandmate Robbie Williams will make his debut as a judge on The X Factor this year. 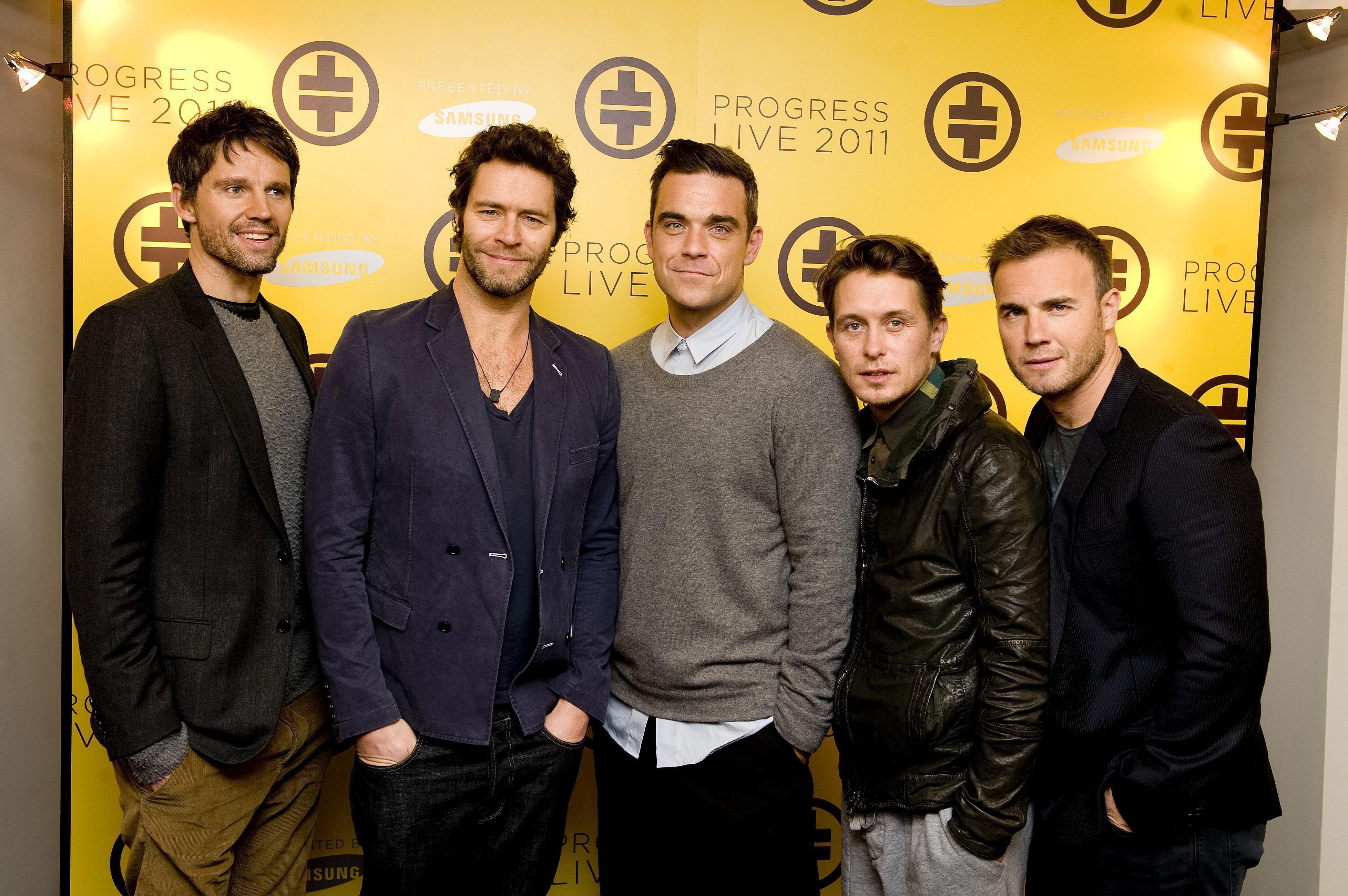 I can reveal the hit band have signed up to perform on one of the BBC show’s results episodes this Autumn. Gary Barlow, Mark Owen and Howard Donald are planning to sing a new track from their upcoming greatest hits album, despite Robbie bidding to get them on his show.

A show source said: “The Take That boys have been very torn between singing on Strictly or X Factor, especially with Rob now being a judge on X Factor. Given Strictly’s huge ratings they decided they were a better fit to the BBC show. Rob will be gutted.”

It comes after I revealed Gary, a judge on The X Factor between 2011 and 2013 had warned Robbie the job was, “hard work, more than people realise”.

Oh Boy, it's a joke Ronan 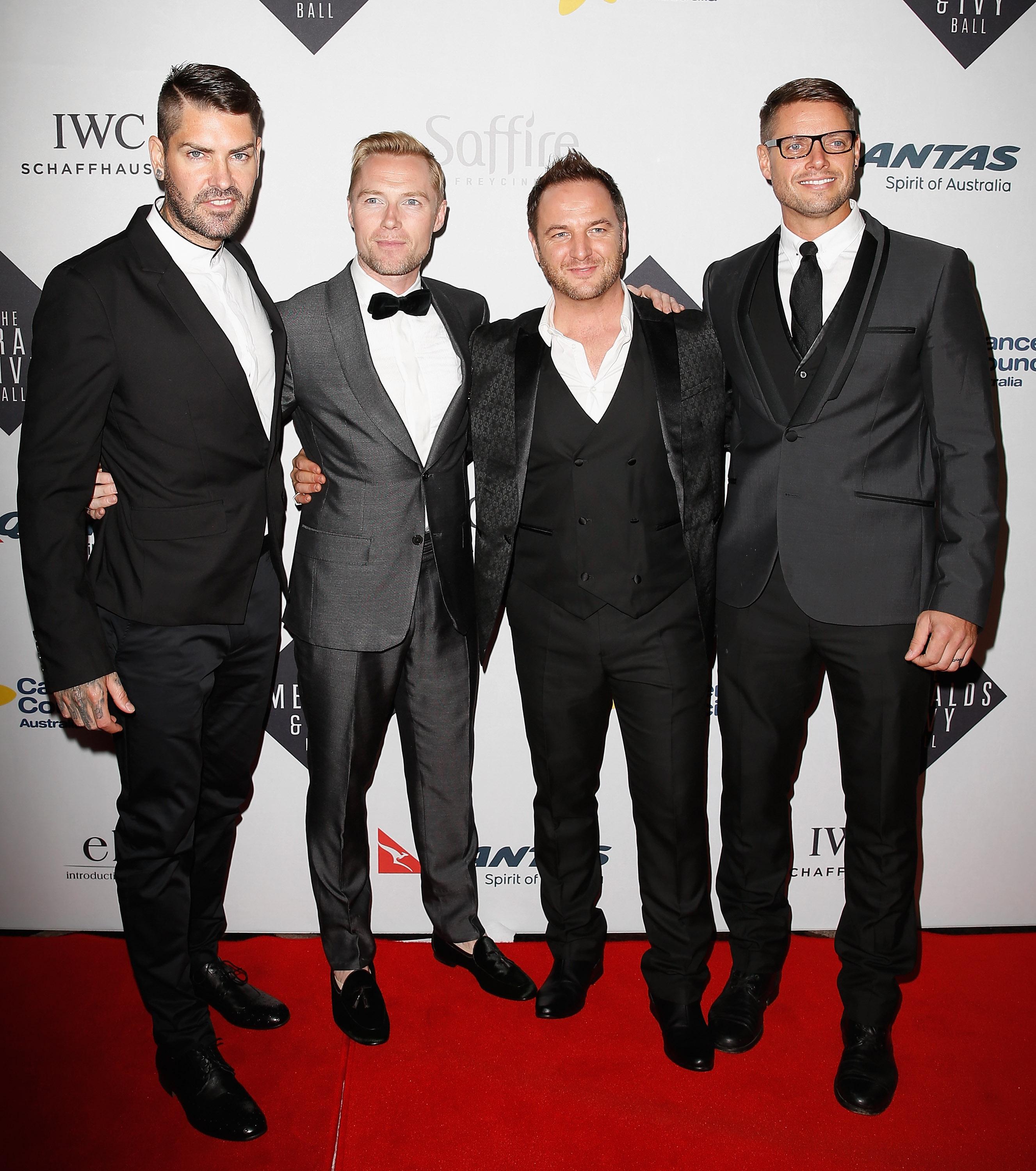 The deluded singer thinks the group are worthy of the iconic Sunday afternoon slot for their final performance together next year, after releasing farewell album Thank You & Goodnight.

In an exclusive interview, Ronan said: “We’ve never been asked to play Glastonbury. But we’d be perfect for the slot that Barry Gibb, Tom Jones and Nile Rodgers have played. Boyzone have got the hits to get everybody singing along. That would be a great way for Boyzone to finish.”

But it seems the group are a little out of festival organiser Michael Evis’ orbit for the event’s return next year.

Earlier this summer he l hinted he was eyeing up Culture Club for the spot. I also revealed The Beach Boys are desperate to bag it. The slot is a huge deal – Ronan is kidding himself.

They were rumoured to be getting close in April.

DUA Lipa and Daisy Lowe show off their wild sides – in animal print bikinis on holiday. 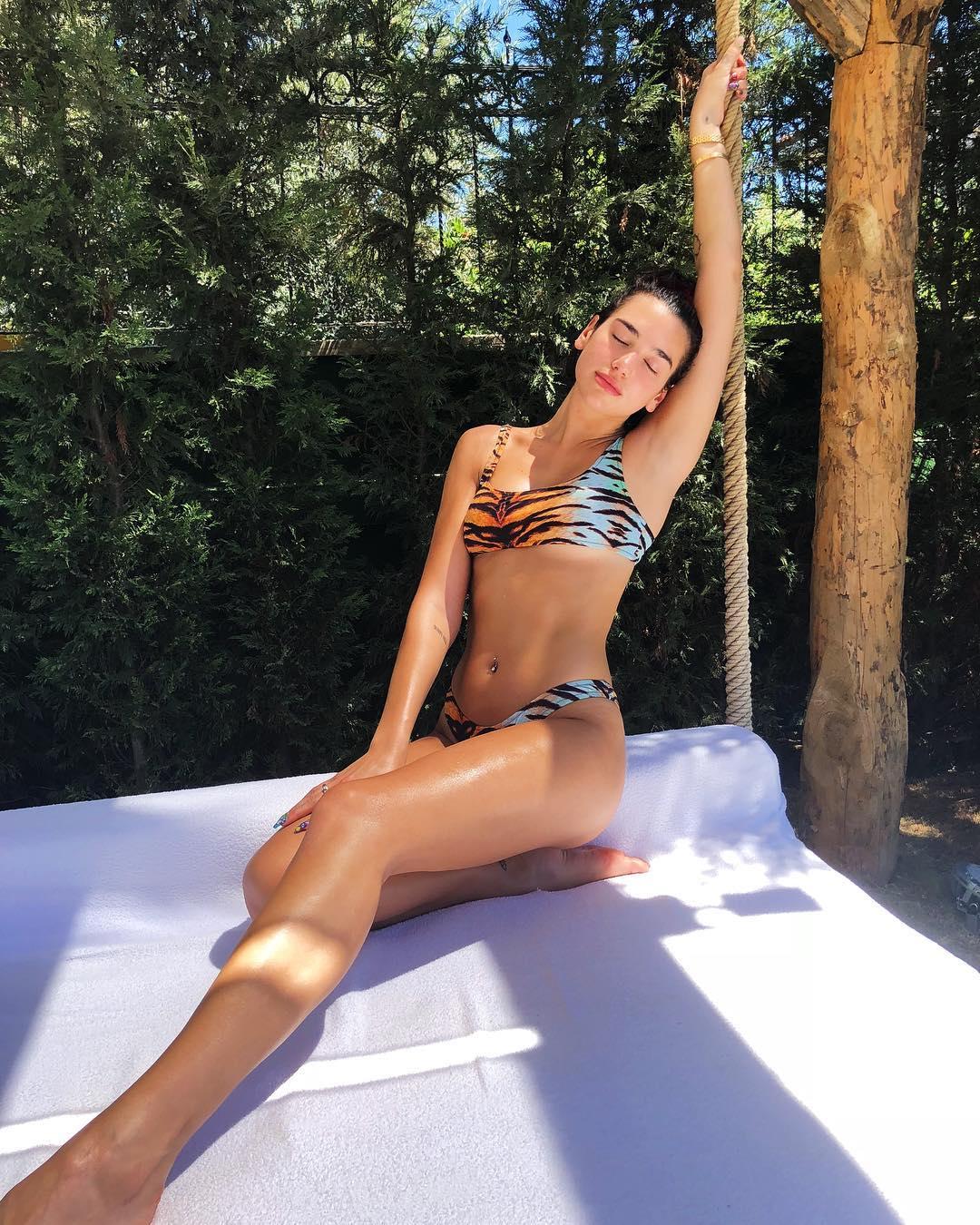 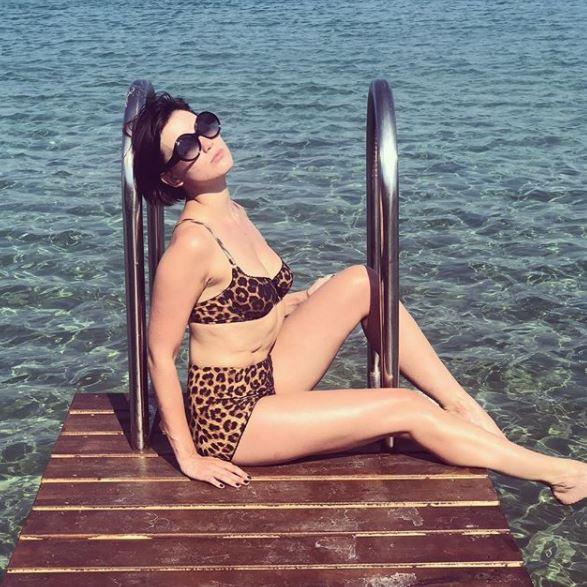 Dua put the roar in raunchy as she soaked up the rays in a tiger-inspired two-piece ahead of her gig in Antalya, Turkey, last night.

And Daisy looked spot on after slipping into a retro leopard-print swimsuit as she sat on a jetty in Corfu on Monday.

The former Strictly contestant has been enjoying a break at a luxury resort with her stepfather Danny Goffey and mother Pearl.