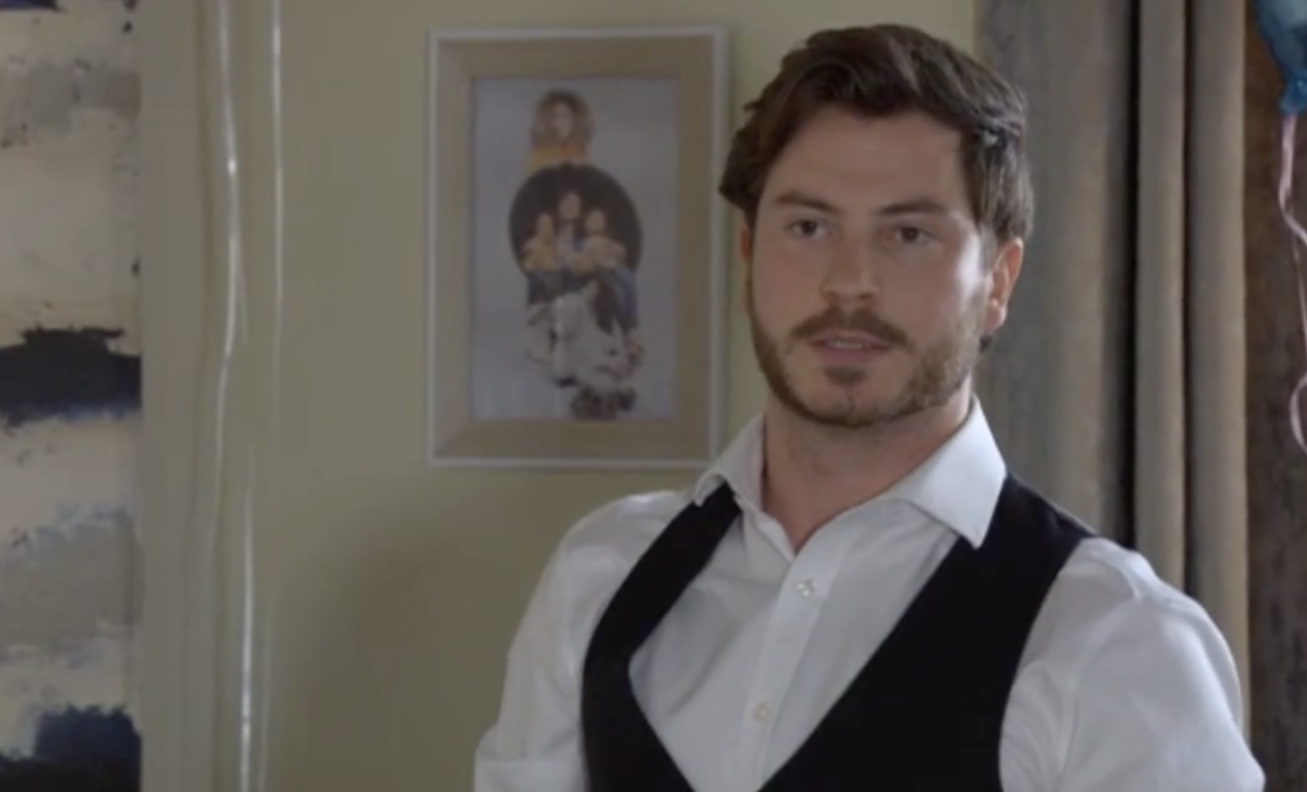 The launderette manager has been meddling in the killer’s relationship with Chelsea (Zaraah Abrahams), and has made her feelings on the young woman known. And last night, she reiterated that she’s not a fan of how Chelsea treats Mack and Mia.

Chelsea, however, wasn’t the last bit interested in her thoughts, and thus Karen took drastic action in a bid to make her see the error of her ways, as she locked her in the launderette!

Gray refused to believe Chelsea’s claims about Karen’s actions, arguing that she must have misinterpreted the situation, but he soon came to realise that she was telling the truthwhen Karen proceeded to badmouth his girlfriend once more.

The sick lawyer then saw red, before launching into a verbal attack.

‘You don’t know the first thing about Chelsea!,’ he shouted at the top of his lungs.

Karen, taken aback, tried to make it clear that she’s simply looking out for Mack and Mia’s well-being, but Gray wasn’t interested, as he told her that his love life is none of her business.

‘You lied to me!’, he continued. ‘I defended you to Chelsea. But she was right all along.

‘What the hell are you thinking, messing with her curfew?,’ he added, referring to the launderette incident.

‘Who gave you the right to decide who I should and shouldn’t see?’

Karen was rendered speechless, attempting to process Gray’s words. Gray, meanwhile, was far from finished saying what he wanted to say.

‘From now on, you keep your nose out of my personal life. Or you can kiss goodbye to seeing Mack and Mia.’

Poor Karen was left in shock, as she came to realise that her good intentions have backfired dramatically.

EastEnders continues Thursday August 12 at 7:35pm on BBC One.