EastEnders has hinted that Kush Kazemi could be about to betray his partner Denise Fox after he caught the eye of a waitress tonight (August 21).

Viewers know that Kush (Daviood Ghadami) is struggling to cope in the wake of Shakil’s tragic death and has turned to alcohol in a bid to mask his pain.

Tonight’s scenes saw Kush’s grief continue to spiral out of control, prompting his mum Carmel to step in and warn him not to go off the rails like he’s done in the past.

Unfortunately, Kush failed to listen to Carmel’s advice and later turned up at Ian’s restaurant launch in a drunken state. 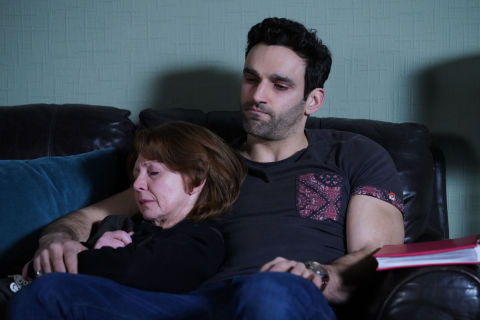 To Denise’s horror, Kush caused total chaos as he continued to drink heavily and ended up revealing Kim Fox’s baby news to everyone.

As Denise headed home with a furious Kim, Kush was left alone to drown his sorrows – eventually catching the eye of one of Ian’s waitresses.

After flirting with Talia, Kush was then seen walking off with her, but fans will have to wait and see whether he actually betrays Denise or not. 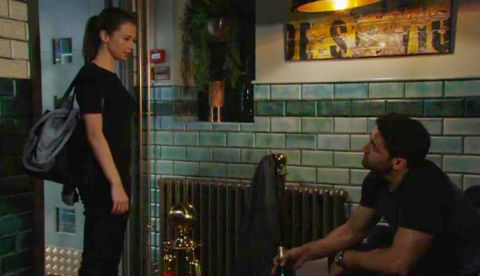 Either way, we already know that Kush will be hiding a big secret by the time Thursday’s episode arrives, suggesting that he’s done something he isn’t proud of.

Scenes airing later in the week will see an anxious Kush turn to Martin for advice in the aftermath of his drunken evening, but has he made a terrible mistake? And will Denise be able to forgive him if he has?

EastEnders continues on Thursday, August 24 at 7.30pm on BBC One. 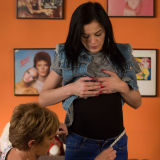 Digital Spy Soap Scoop video – hit play below for all the latest EastEnders spoilers, as Hayley’s baby secret is exposed and Sharon feels torn between Phil and Keanu.