EastEnders’ couple Chantelle Atkins (Jessica Plummer) and Gray Atkins (Toby-Alexander Smith) have been through a lot together on the BBC soap. Gary has been abusive to his wife for months but she has finally taken a stand and has insisted for the sake of their marriage they see a therapist.

Chantelle had been desperate for Gray to fully admit to all of his problems.

But Gray has been struggling to admit what he really does to his wife and as a result there’s been a lot of tension between them.

The scorned wife has insisted his abusive behaviour can’t continue and has put her foot down with him.

What’s more, following his assault on a nightclub visitor last month, Gray has a problem that needs fixing. 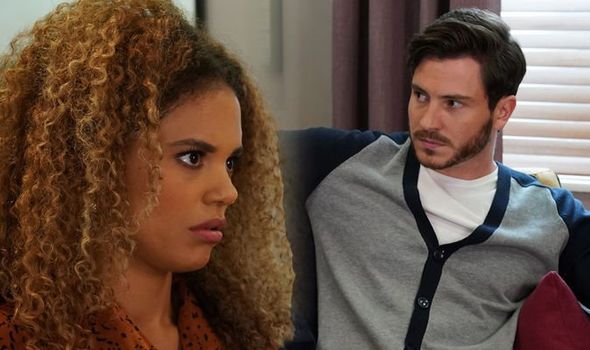 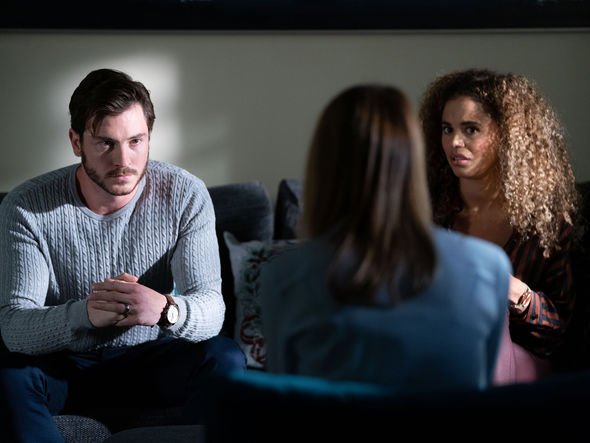 Gray wants to continue his life with Chantelle and realises he must get some help.

In the coming weeks, Gray decides to give therapy another go and needs his wife to help calm him through it.

Once there, the abusive husband finally tells the therapist everything he has put his wife through.

It seems once the door is opened, Gray keeps going. 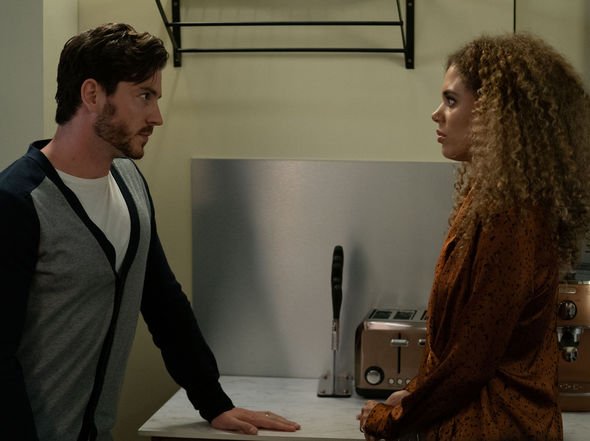 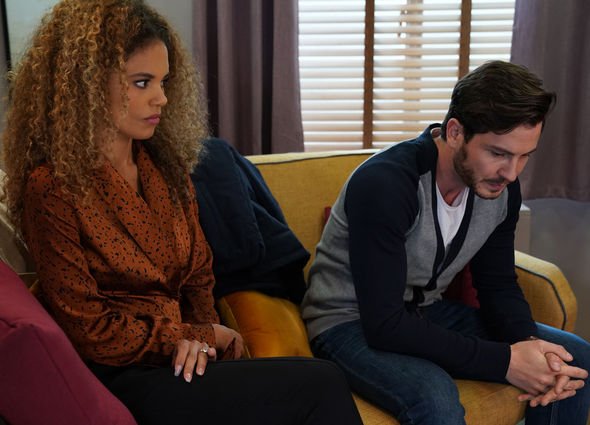 He reveals some devastating home truths about his past which leaves Chantelle reeling.

It emerges that Gray’s father was also abusive which goes somewhere to explaining how he reacts with Chantelle.

But it by no means excuses his behaviour – will Chantelle be able to work through these issues?

Or does this mark the beginning of the end for the couple?

Elsewhere on EastEnders, it seems Keanu Taylor (Danny Walters) could be set for a deadly Phil Mitchell (Steve McFadden) showdown.

Keanu has been keeping his double-baby secret quiet for months but it seems it’s all about to come out.

Both Sharon Mitchell (Letitia Dean) and Louise Mitchell (Tilly Keeper) are expecting children from the two-timer.

Many are expecting to see him in a big showdown with Phil, who is currently unaware of the situation.

New spoiler pictures have revealed Keanu will have to make a getaway in the coming weeks.

Keanu actor Danny has been spotted filming scenes at Stanstead Airport in a jacket and a cap.

It seems as though the mechanic will be going on the run to avoid Phil’s wrath.