EASTENDERS' Linda Carter is going to humiliate husband Mick in the Vic this week.

The alcoholic landlady – who is played by actress Kellie Bright in the BBC soap – will get tanked up in tonight's episode and let loose at husband Mick. 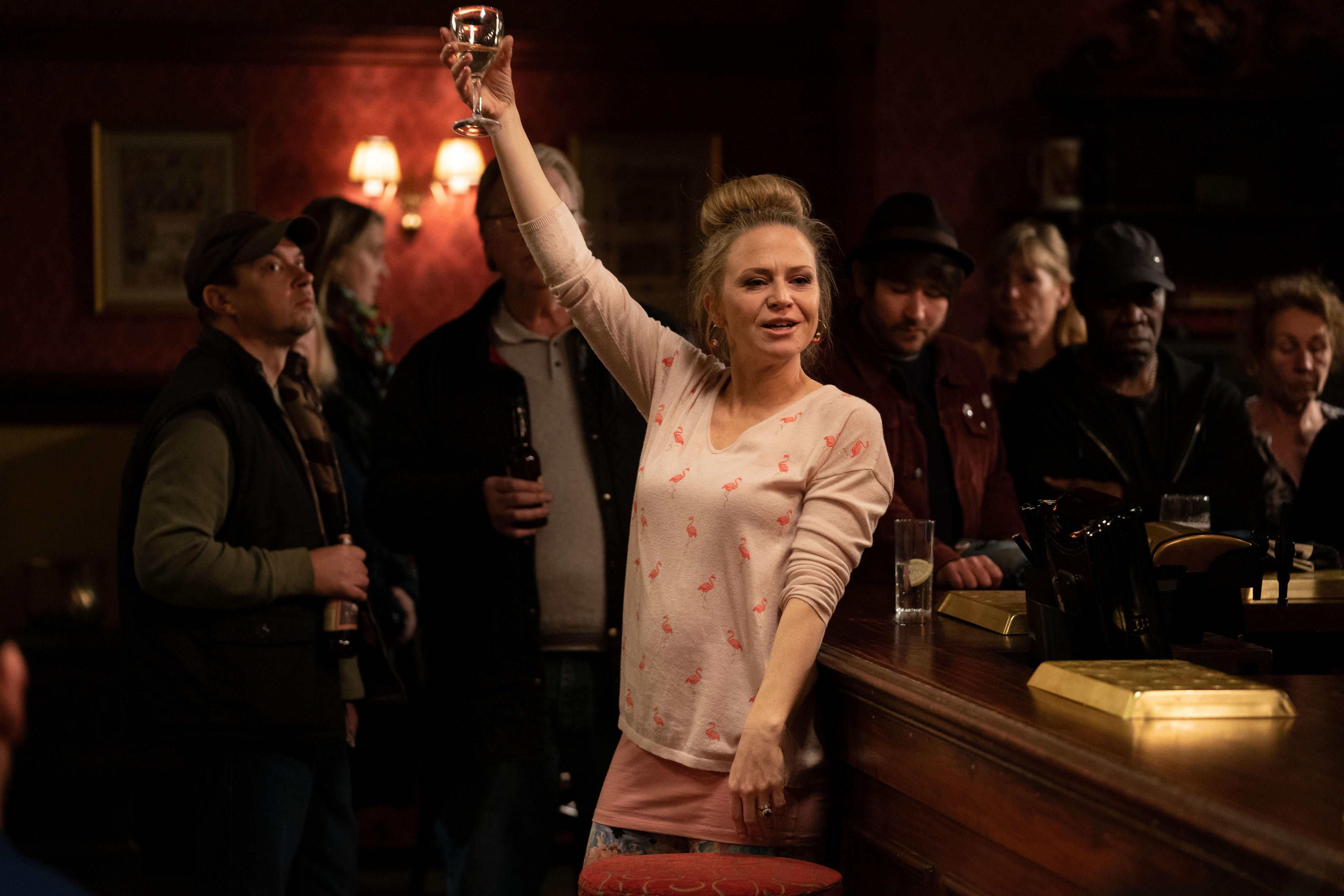 She will let rip and air their dirty laundry in front of all their friends and neighbours – most of whom already know Linda is in the grips of a severe alcohol dependency.

Even wetting herself on stage didn't stop Linda from drinking, and instead of humiliating just herself she decides to punish Mick after he told her that he would no longer cover up for her anymore.

Drunk Linda put their young son Ollie in danger when she passed out caring for him and he found his way onto the roof.

Mick hadn't told the social worker investigating the family, but Linda thought he had and blundered into her outing her problem to the woman. 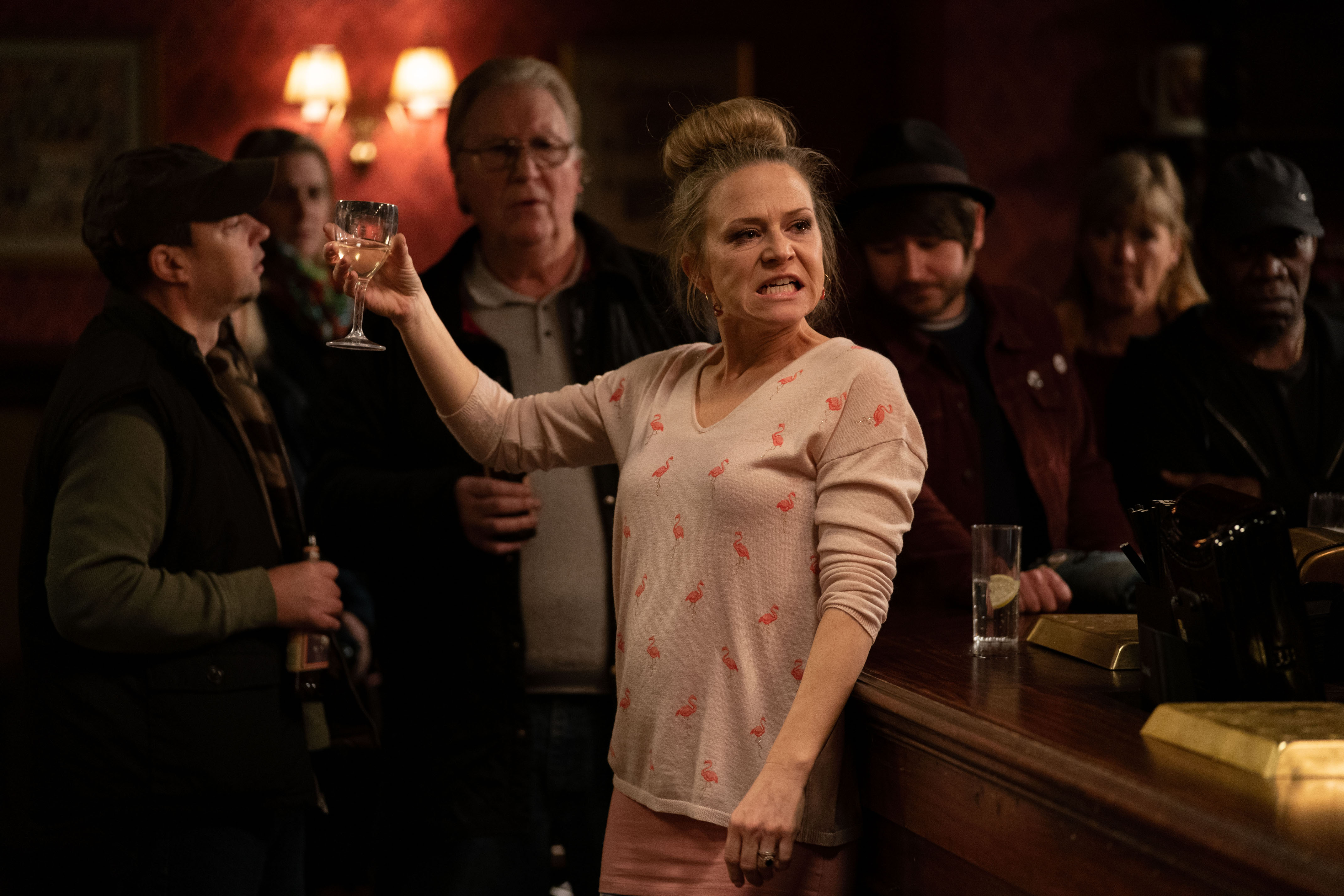 Now it seems the warring couple are in danger of losing Ollie as they fight a vicious divorce battle for the Vic.

Though it could all come to an end next week if one of them was to become the character set to die in the boat disaster.

In a new trailer for the explosive week Linda looks worse for wear and bleeding as the warring couple are trapped under deck on the ship as it sinks into the Thames.

Two people can be seen plunging into the icy river while multiple characters for for survival.

The Sun exclusively revealed last month how someone will die in the horror crash which will air next week on BBC One.