The smooch comes on the day of the Mas and Ian’s restaurant opening and Ian is in a frenzy as he tries to make sure everything is perfect after inviting the Walford Gazette along to the launch. 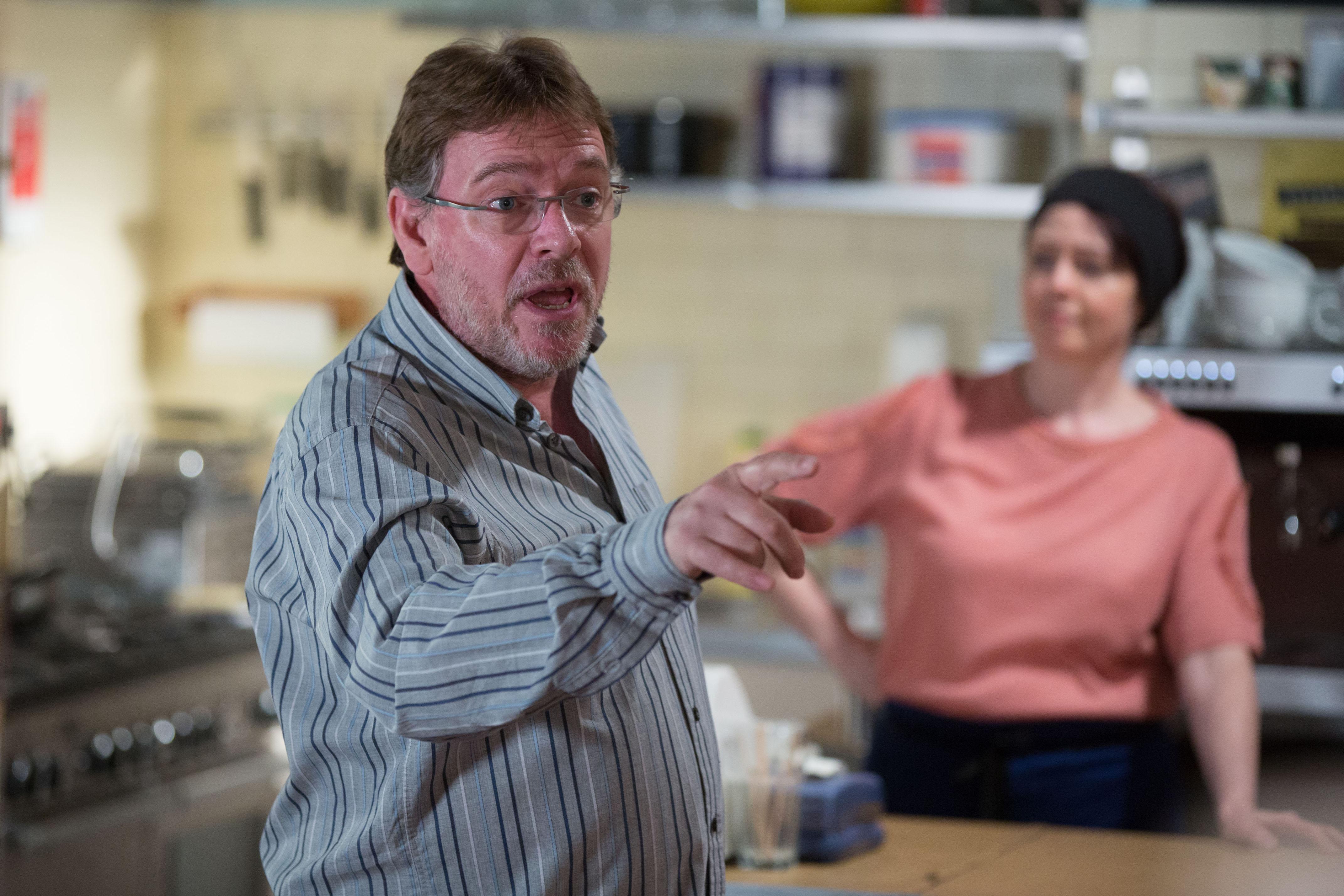 The businessman is left horrified though when the journalist arrives and he immediately recognises her from an argument they’ve had before.

Meanwhile Kim Fox is keen to sample the VIP but Denise isn’t so up for it when boyfriend Kush Kazemi pulls out of going.

She’s thrilled when he eventually turns up though and after a pep talk from mum Carmel, takes full advantage of the free drinks.

But the night is sent into chaos when a drunken Kush reveals that Kim is pregnant in front of everyone. 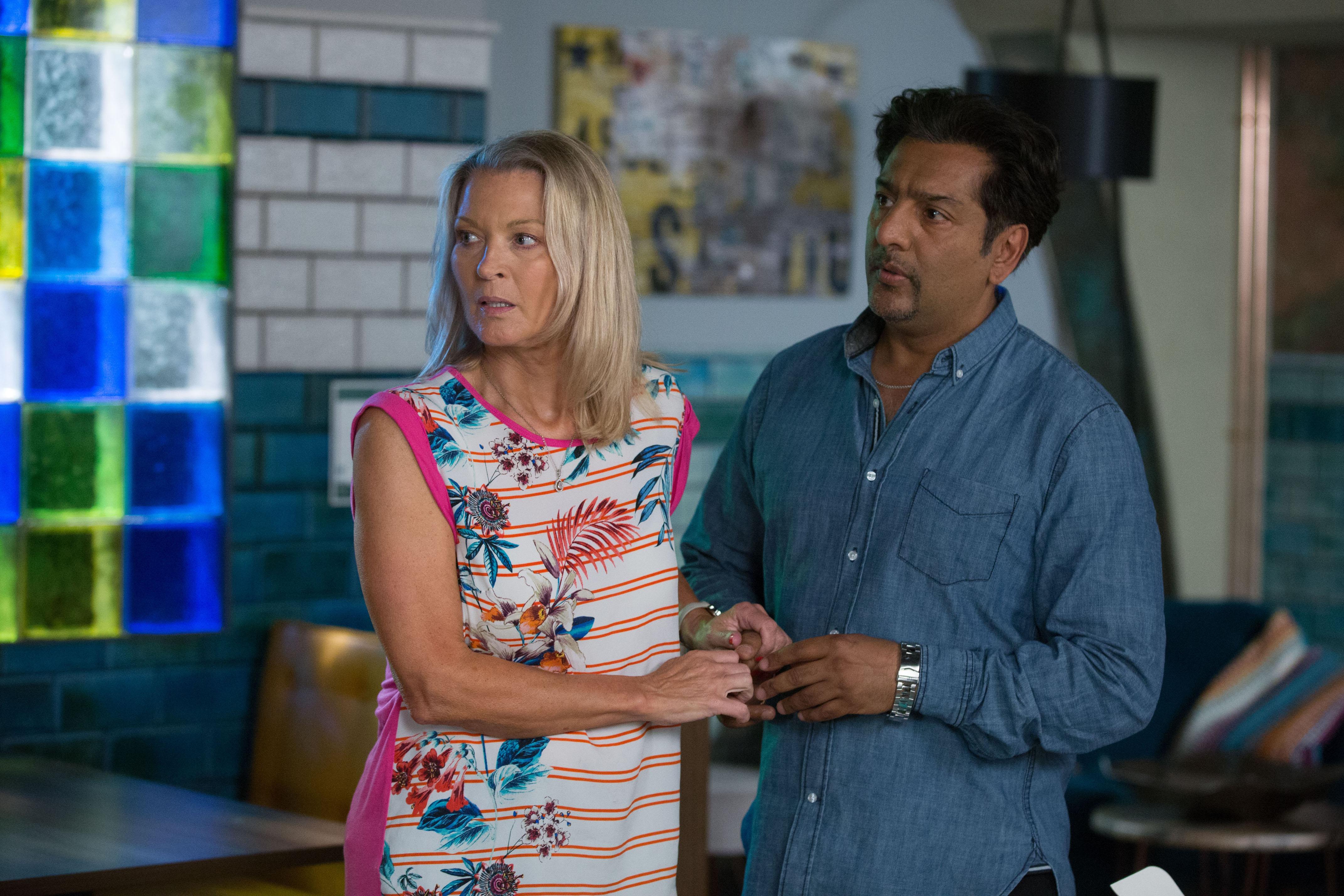 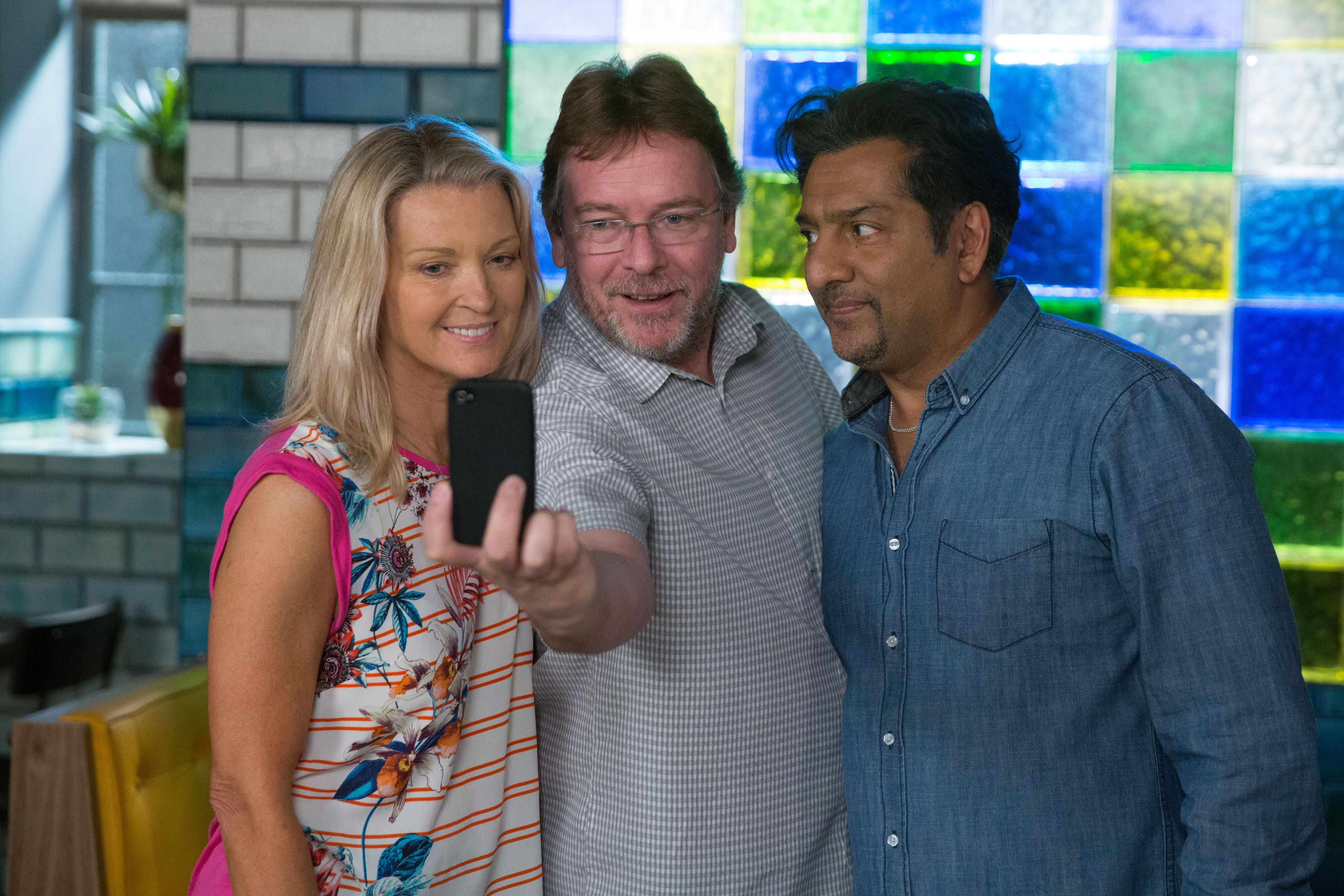 Ian – played by Walford Legend Adam Woodyatt – is running around everywhere trying to keep everyone happy but he’s stopped in his tracks when he runs into the kitchen and walks in on Kathy and Masood kissing.

He’s furious when the launch is ruined and holds Mas and his mum totally responsible for his shattered dream.

Seething, Ian goes to drastic measures to get back at his mum and Masood. What does he do?

Later Ian arrives home and signs for a package for Kathy, but when he reads the note, he jumps to the wrong conclusion and makes a big decision.

When Kathy, Gillian Taylforth, gets home she finds Ian has packed her bags for her, he wants her out of the house.

Will they be able to make things up or is this the end of the line for Ian and Kathy?