Ruby (played by Louisa Lytton) has been targeted by an unknown enemy since EastEnders returned to screens earlier this week, with huge amounts of money being taken from her bank account. As her money issues continued to mount by Tuesday, the club owner found herself contemplating about an offer made by Vinny Panesar (Shiv Jalota) to stage a robbery in order for her to claim insurance money. With tensions fraught with the bank over someone stealing her identity by Thursday’s edition of the BBC soap, the businesswoman did a U-turn but inadvertently put her boyfriend Martin (James Bye) in deadly danger. As the situation escalates, will she be put in the frame for coercing the scam and for planning a murderous plot?

The drama kicked off in the latest instalment of the weeknight serial drama when Ruby met with Vinny to go through the plan.

“What we spoke about, I’m in,” the businesswoman said, referring to a conversation the pair had earlier in the week.

With the Panesar boy asking her if she was sure, the Walford resident replied: “Well, yeah. I’ve got to do something.

“Someone’s trying to drain my bank accounts dry and the banks don’t believe it’s not me so I’ve got cash flow issues. I need that insurance money.”

“And Martin, is he in on this?” the robber enquired, to which the club security guard’s girlfriend told him her partner was not to know a thing. 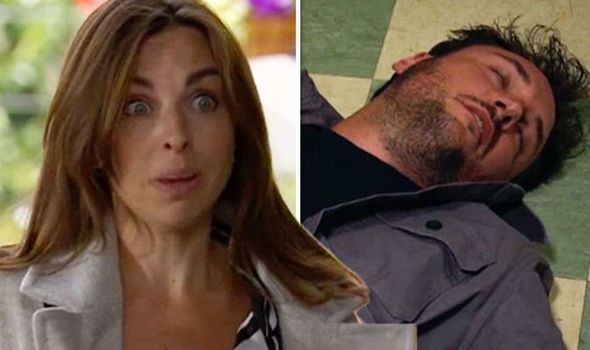 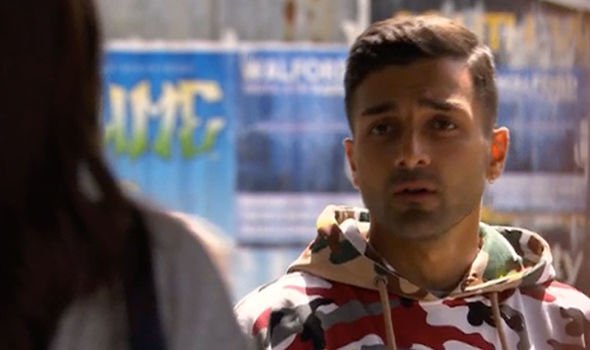 “Just you and me. We’ll be out from lunchtime. The safe is full and I’ve made sure the club is empty,” Ruby told Vinny before the pair went their separate ways.

Later on in the episode, the club owner was seen walking away from the premises with her boyfriend as they planned to spend the afternoon together.

When she had to take a call, Martin got himself some food and whilst he was enjoying eating, he saw a masked version of the Panesar boy walking out the club with a rucksack of money.

Clearly not knowing anything about his girlfriend’s plan, the security guard chased down the person he thought was robbing the premises. 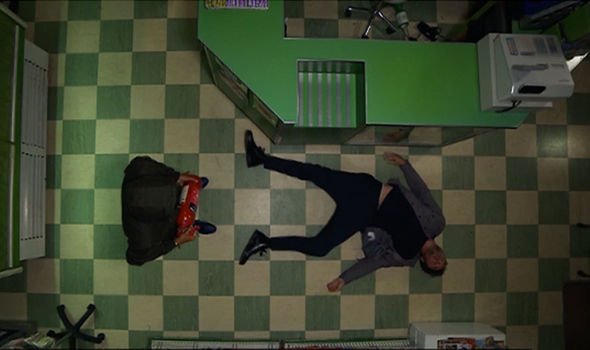 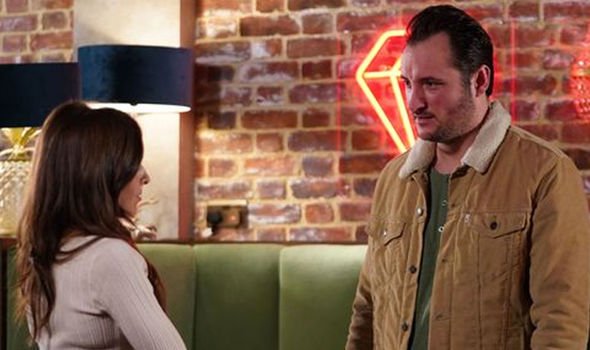 I’ve got to do something

Vinny managed to find his way into the Minute Mart, which had been closed down for a deep clean by the new owner and his mother, Suki Panesar (Balvinder Sopal).

Martin also got into the shop but with the robber hiding in the shadows, he wasn’t expecting to be hit over the head by a fire extinguisher.

Just before the credits rolled, the body of Ruby’s boyfriend was lying lifeless on the floor with the young Panesar boy looking terrified he had killed someone.

Upcoming scenes will see the robber’s mother take control of the situation as she discovers what her son has done.

However, in an attempt to save her boy from going down for attempted murder, will she put Ruby firmly in the frame?

With evidence suggesting she would be desperate enough to go through with an insurance scam, the businesswoman would have no choice but to accept the charges against her.

This would lead to her subsequent arrest and if she were to sentenced to jail time, the beloved character could make a brief exit from the soap.

Viewers are going to see Martin’s estranged wife Stacey Fowler (Lacey Turner) arrive back on the Square very shortly, so this would give the latter the opportunity to swoop in and steal her husband back.

Though Martin could step in to defend his girlfriend if he pulls through his ordeal and he could tell the police Ruby had nothing to do with the robbery.

The businesswoman could turn the table on Vinny and tell her partner she had absolutely nothing to do with his scam.

Although this would be a huge lie which could tear their relationship apart at any point, it would certainly keep the club owner out of jail.

Desperate to get her hands back on her husband, however, will Stacey team up with Suki to take down their common enemy?

EastEnders continues Friday at 8:30pm on BBC One.