EastEnders fans saw Tina Carter (played by Luisa Bradshaw-White) meet a grisly end this evening after standing up to Gray Atkins (Toby Alexander Smith). Tina clocked that the solicitor had killed his wife Chantelle Atkins (Jessica Plummer) after noticing the signs of his controlling behaviour from her relationship with abusive ex-girlfriend Tosh (Rebecca Scroggs). However, Gray soon took matters into his own hands and brutally murdered her – but could something Tina had been wearing help lead to his arrest?

Tina and Gray had their final showdown this evening after the former finally rumbled his murder of Chantelle.

Gray confessed to the crime but Tina made a fatal error moments later.

She told the abuser she would tell everyone what he had done and went to make her escape.

But it was too late and Gray trapped her, leading her to frantically calling Mick (Danny Dyer) to make an exit. 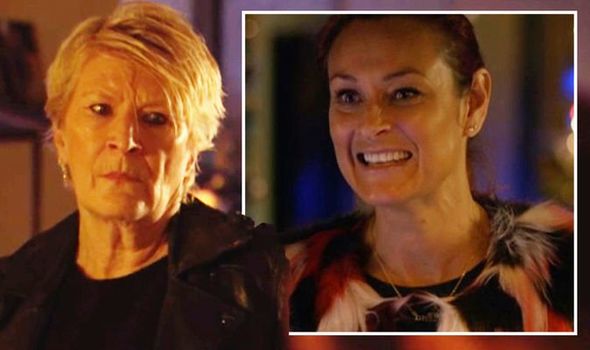 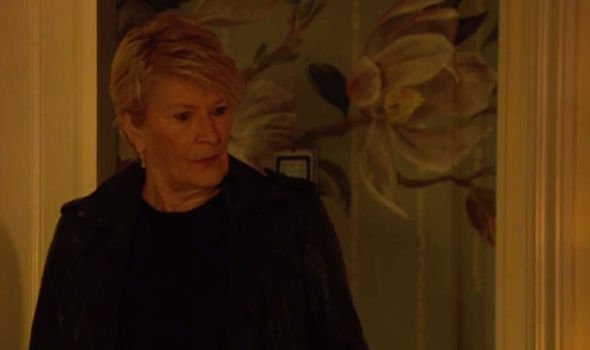 However, he didn’t pick up as he was engaged in a difficult discussion with estranged wife Linda Carter (Kellie Bright) – a decision he may come to regret.

The pair went to search for Tina and arrived at Gray’s where they were met by the police, including Jack Branning (Scott Maslen).

Gray was reluctant to let the force into his home, moments after he had put Tina’s lifeless body into the boot of his car.

Shirley (Linda Henry) was met by Mick, who told her Tina had “gone” before adding: “The old bill want to talk to her, they think she’s hiding.” 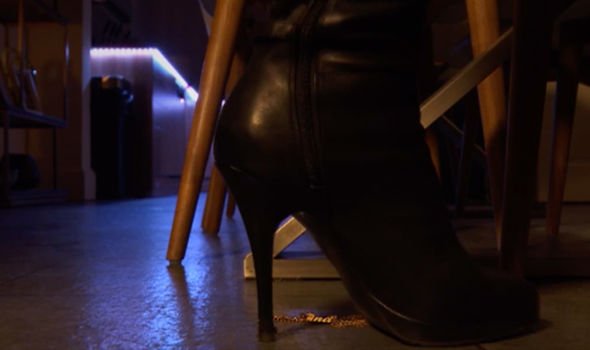 “Well, what are you still doing here?” Shirley asked before the police entered Gray’s living room.

“She ain’t upstairs,” Jack said, with his colleague adding: “The drawers and wardrobes are open, looks like clothes are missing.”

“She’s a very messy person,” Shirley commented with Mick backing her up further.

Noticing the necklace on the floor, Shirley picked it up and hid it until the police were out of sight, remarking later to Mick: “That was a waste of £14.99.”

However, could the chain turn out to be a vital piece of evidence Tina didn’t do a runner and has met a premature end?

With Tina having previously had the chain around her neck, could DNA be found in Gray’s home which helps to link him to the murder?

Shirley went on to invite her son to the pub for a drink, in which they started to patch up their differences.

But with Shirley also promising Mick she would never let “any harm” come to himself or Tina, could she end up being the first to raise the flag of her disappearance?

It comes after some fans had already suspected the necklace could end up acting as a vital piece of evidence to show Tina was murdered.

One fan wrote on Twitter: “Gray is going to kill Tina, she’ll ‘run away’ but then Shirley will find the necklace and realise what Gray did #EastEnders.”

“That necklace with Tina’s name on it from Shirley will 100% come into play when Tina ‘goes missing’ #EastEnders,” agreed another.

“I said this!! Tina will suddenly disappear and Shirley will find the necklace hidden somewhere in Gray’s house and start digging,” replied a third.

But will Gray’s crimes finally be found out in the weeks to come before he claims another victim?

EastEnders airs Mondays and Fridays at 8:05pm and Tuesdays and Thursdays at 7:35pm on BBC One.