Whitney Dean (played by Shona McGarty) hasn’t had much luck with the men of Walford and things aren’t going to get easier for the market trader any time soon. Leo King (Tom Wells) mysteriously showed up at Whitney’s honeymoon and followed her home but Whitney has no idea who he really is. As the son of Tony King, Whitney’s abusive father figure, Leo is out for revenge.

Recently Leo has been slowing worming his way into Whitney’s live and portraying himself as her knight in shining armour.

In previous scenes on the BBC soap, Whitney’s stall was vandalised and Leo quickly rushed to her defence.

But despite his efforts Whitney told Leo that she wasn’t ready for a relationship and didn’t want to waste his time. 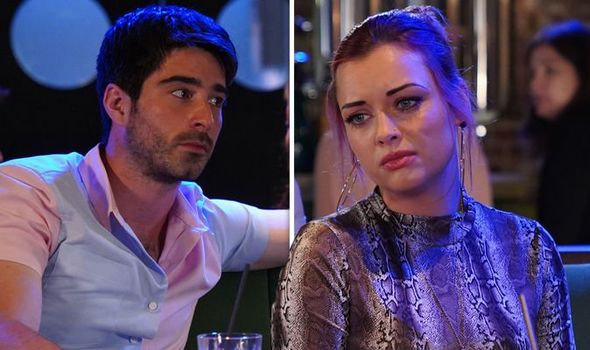 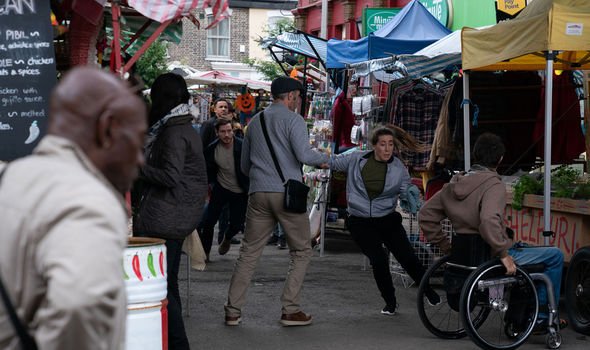 However last week Whitney decided to take things further with Leo and the pair spent the Queen Vic’s Halloween party together.

When Leo walked the EastEnders favourite home, the pair shared their first kiss.

But when Leo went to leave Whitney asked the mysterious new arrival to stay the night.

As the pair kissed, viewers were shown the bright yellow paint on the sleeve of his coat implying that he was behind the attack on her stall. 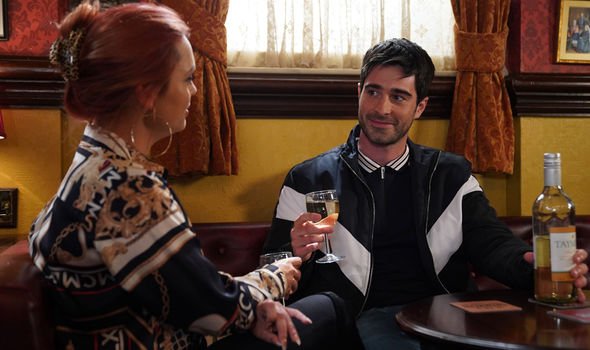 Considering Leo didn’t bother to change his jacket, will the sinister character slip up and expose his true identity?

Even if Whitney does discover who he really is, it might be too late.

After spending the night together, could Whitney discover she’s pregnant just as she realises Leo’s link to her former abuser?

EastEnders viewers were horrified for Whitney when they spotted Leo’s criminal paint stain.

One said: “Any one notice the bright yellow paint? Leo vandalised Whitney’s stall too #EastEnders.”

“That paint on Leo’s coat can only mean one thing. He’s the culprit that grafted Whitney’s stall #EastEnders.”

“Eww get your hands off her Leo. Why are they always giving Whitney heartbreaking storylines #EastEnders,” a third said.

“Leo Kin is p•••••g me off. The actor is doing an amazing job, but the fact that he’s targeting our Whitney… I just can’t #EastEnders,” another wrote.

Since the lost of her son, Mel has turned her attentions to Louise and the arrival of her baby.

However Lisa Fowler (Lucy Benjamin) has grown concerned her best friend is taking too much of interest in Louise’s pregnancy.

Will Mel resort to kidnap in order to get a second chance at having a family?

EastEnders returns Monday at 8pm on BBC One.