ELTON JOHN has defended Rocketman star Taron Egerton over criticism that a straight actor should not play the gay icon – branding it “bulls**t”.

The sobbing singer watched the movie for the first time during an emotional world premiere at the Cannes Film Festival on Thursday night. 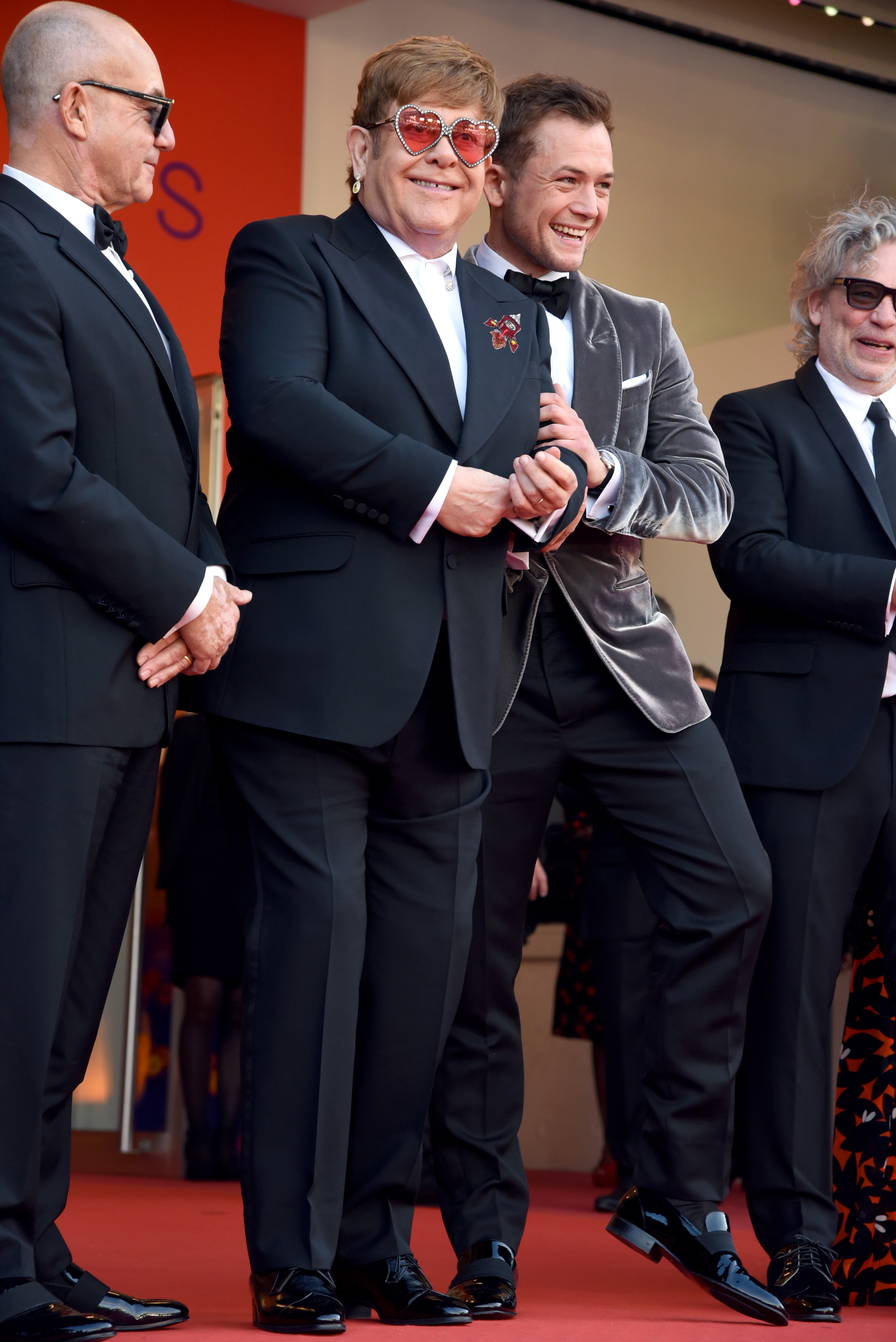 Then, in an exclusive interview backstage at his private party, Elton tells me: “The last time I saw a movie in Cannes was Billy Elliot — and I had to be escorted out in floods of tears, it moved me so much.

“I was very emotional just now as well. The movie floored me. But I’m very high. Taron is beyond belief. It’s like watching me. It’s quite extraordinary, he’s so me-like. He’s a megastar.

“He was schooled by George Martin's son Giles and he’s done the most amazing job. I wanted it to be a movie where the actor sang — and he sings.”

When I ask about the ridiculous criticism from folk who say a heterosexual man shouldn’t play a homosexual character, Elton waves his hand dismissively and says: “That’s all bulls**t, I’m sorry. 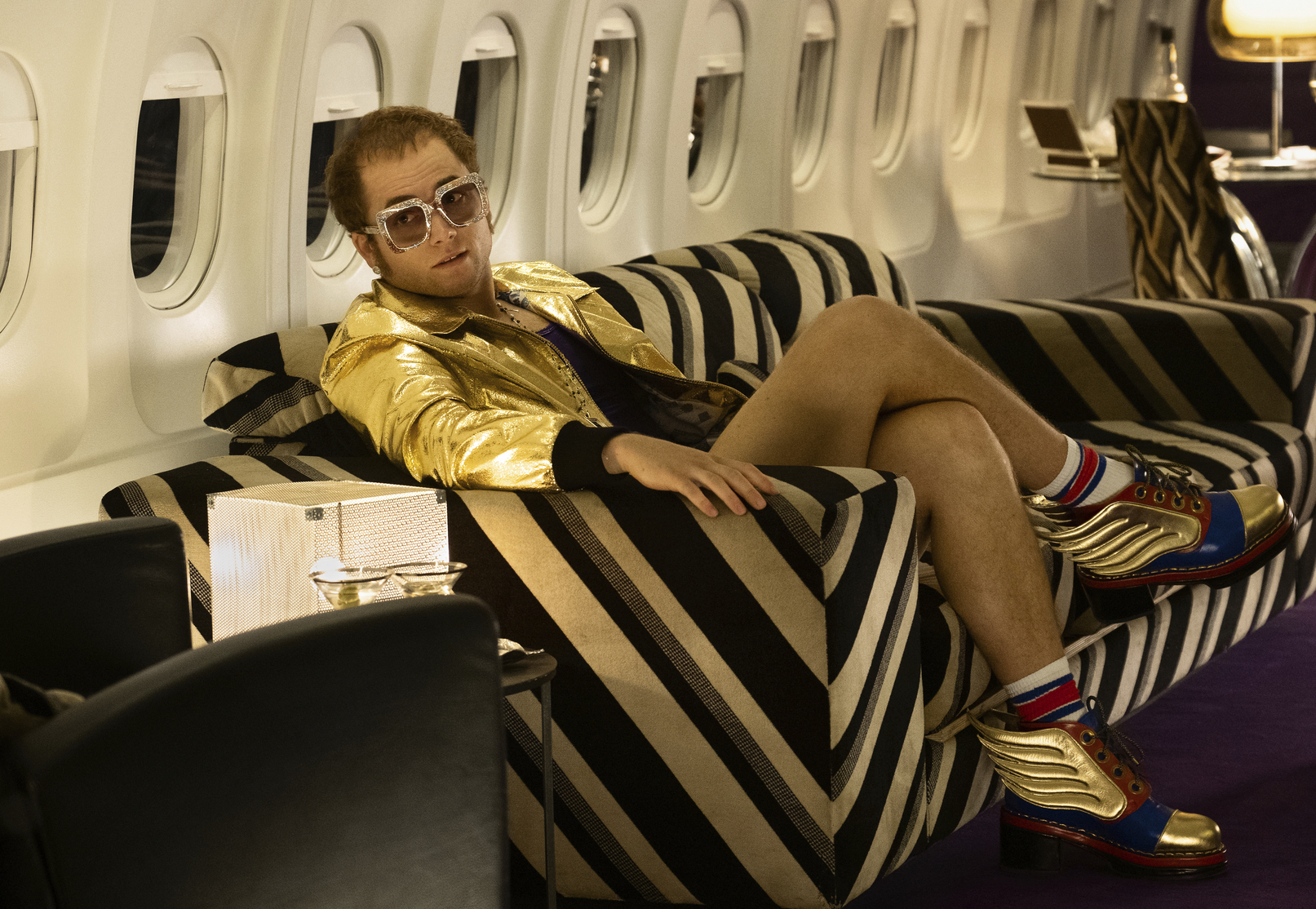 “If people don’t like it, review-wise, or it doesn’t make one dollar, it’s the movie I wanted to make and that’s all that counts. I can look back and say, ‘You know what, I love it. I can live with it’.”

Five-star film Rocketman is an explosive tell-all look at the darkest moments in Elton’s life and is directed to perfection by Dexter Fletcher.

Was Elton nervous about showing the world the extent of his issues with alcoholism, drugs and sex addiction?

“No, I’m pretty open about things like that,” he says. “When Tantrums And Tiaras came out, it was the most honest documentary you could watch. 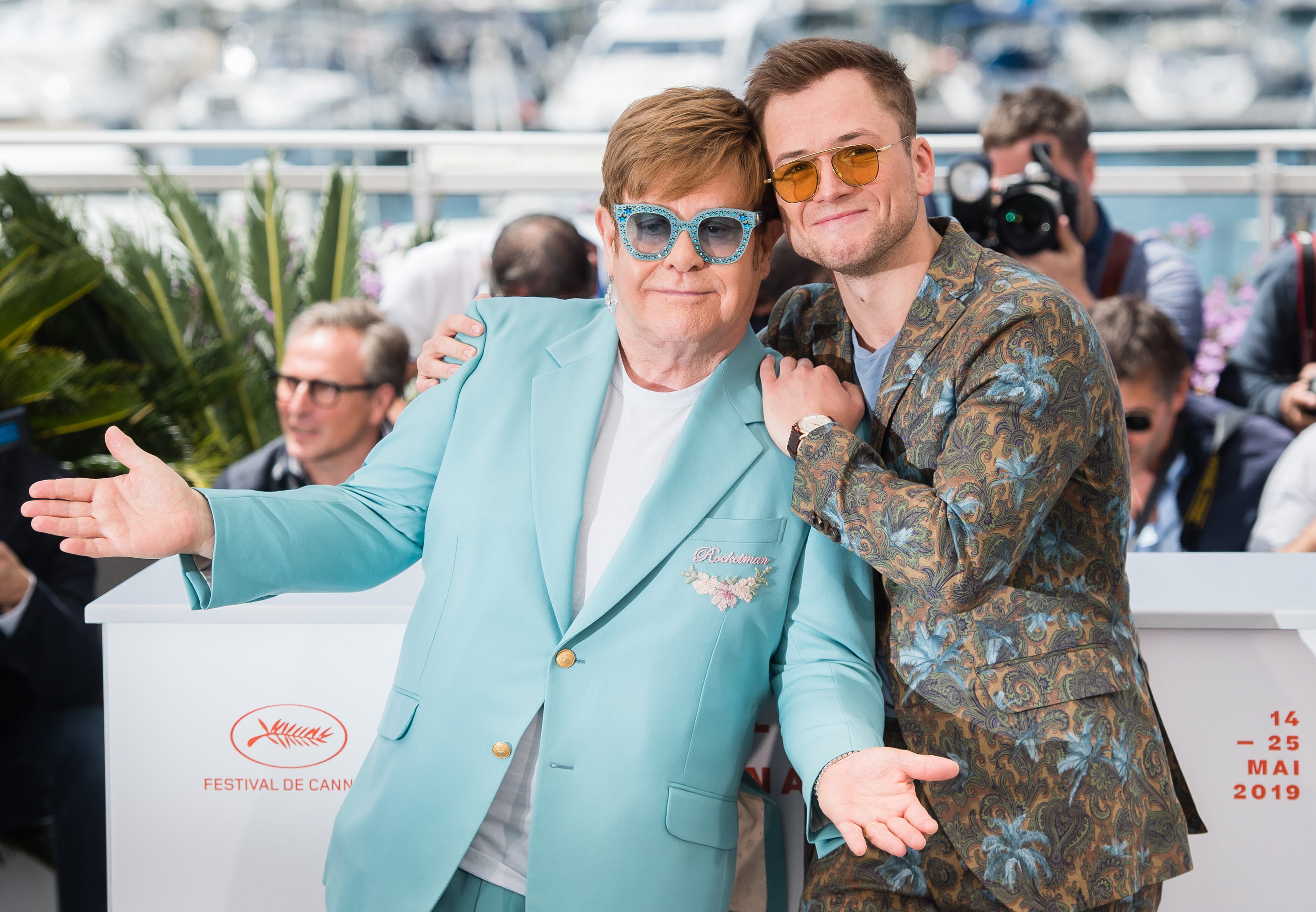 Elton is delighted his long-time songwriting partner Bernie Taupin — played by Billy Elliot star Jamie Bell — “is the glue of the story”.

He explains: “He comes out as, like, the hero — and that’s great because I am proud of our relationship. It’s extraordinary that we’re still together and we’re so close — this is a business, as you know, where people fall out very easily and we haven’t done that. 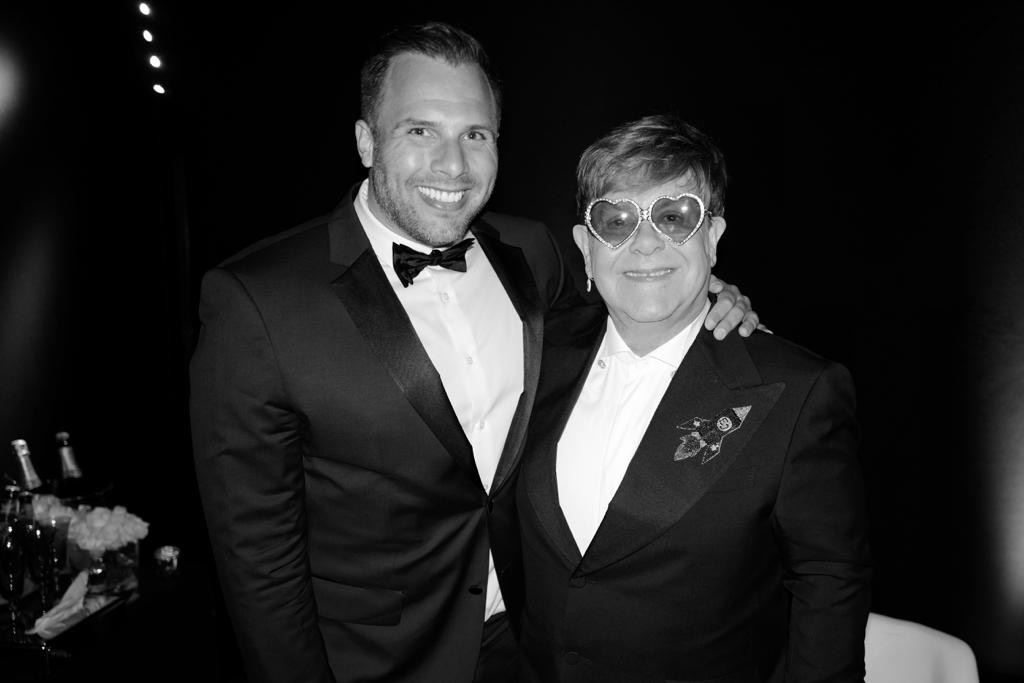 Elton used the Cannes festival to catch up with his new pal Richard Madden, who stars as the Your Song singer’s abusive ex-manager and boyfriend John Reid.

Bodyguard star Richard has moved to Los Angeles since his Golden Globe win for the BBC drama and Elton reveals: “He’s very happy and he’s got a lot of offers.”

Of the trio of Rocketman stars, he adds: “I’ve made two great friends, with Taron and Richard, and have reconnected with Jamie who I hadn’t seen since Billy Elliot. He’s a wonderful actor and a lovely man.”

Rocketman’s Cannes premiere has been a boost to the struggling film festival, which has not yet recovered from its inclusion in the #MeToo scandal because of the previous dominance of shamed film executive Harvey Weinstein. 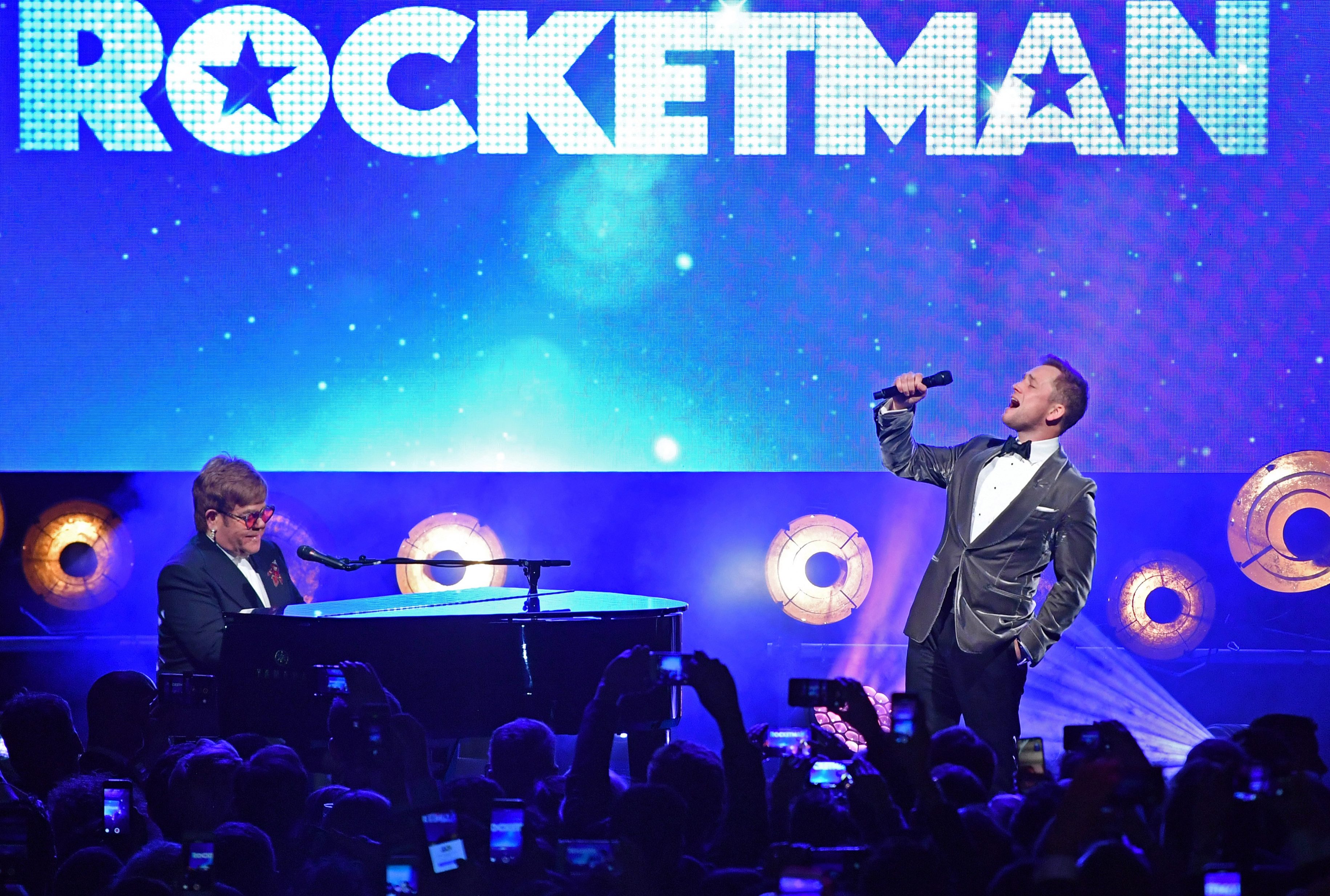 Speaking about the movement for the first time, Elton says: “I just think women have been s**t on from a great height for a long time. I grew up in the Seventies and I’d be in the office and men would always be touching women up.

"I didn’t think women particularly enjoyed it very much but they went along with it. It’s time something happened where women are not patronised and not taken advantage of.”

As Elton continues on his final ever tour, it’s clear he has started to think about his legacy — which is one of the reasons he is so proud of the film. 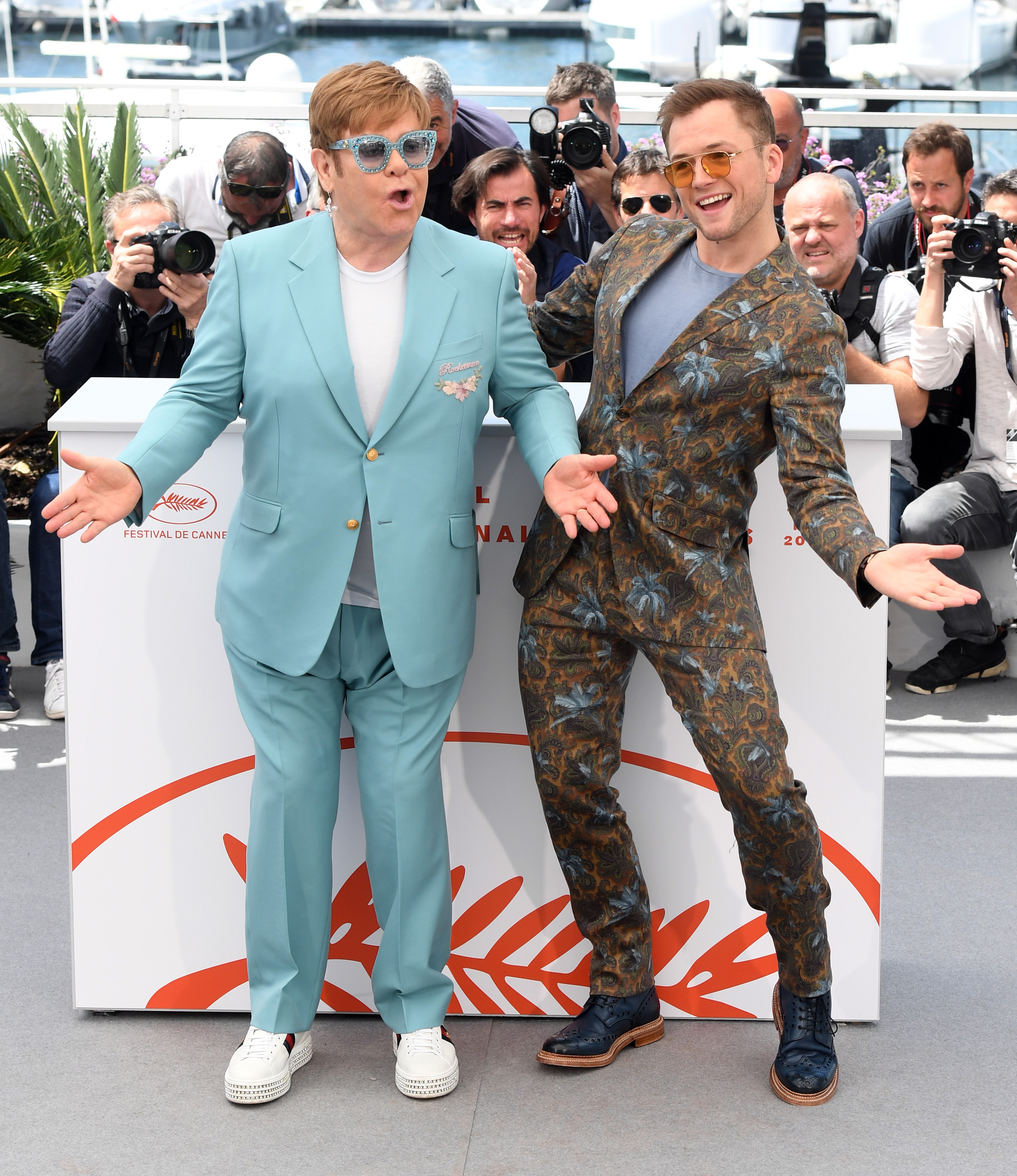 He says: “There’s lots of connections with my past and it’s nice to reconnect them — like the dancers from Billy Elliot feature in some of the scenes.”

While becoming a generation-defining artist was never something Elton expected, he remains most surprised that he’s become a family man and dad of two.

He says: “This is how life works. I’ve had the most incredible life and so many things have happened to me that I didn’t expect — like having two sons and meeting Bernie.”