Em Rusciano has announced she's pregnant nine months after opening up about a miscarriage's "dark cloud".

The 2DayFM breakfast host took to the airwaves on Monday morning to reveal the good news. She told co-hosts Grant Denyer and Ed Kavalee she was expecting a baby boy.

"I can't believe I'm saying that," she said while fighting off tears. "I've been so scared to say it out loud… I was throwing up driving to work at 4am and having to pull over on the freeway to hurl. It was some really hectic times.

"I just didn't think I was going to survive losing another baby." 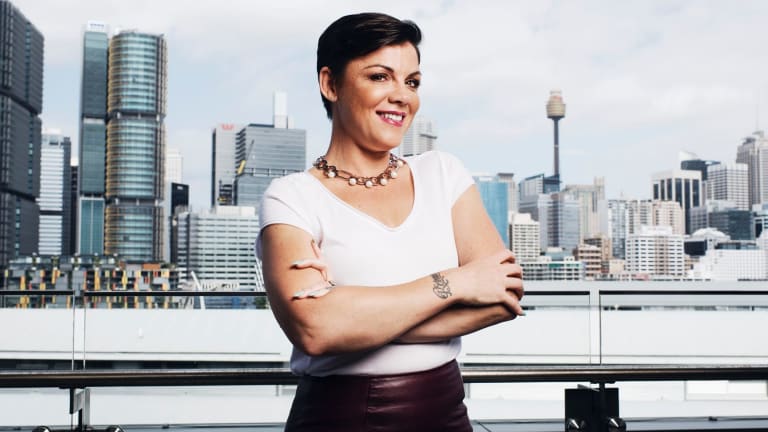 Rusciano said while she's "really happy", she can't help but think of all the women who have dealt with their own miscarriages. She said after she went public with her own story, she was contacted by numerous people who didn't carry a baby to full term five – sometimes 10 – times in a row.

"I just think you're warriors," she said. 'To all the people who've been on this journey with me… I just feel like we've come full-circle and it's a happy ending. We're very excited.

"I finally feel like I can exhale and enjoy it."

Rusciano spoke about losing her pregnancy last year in order to de-stigmatise miscarriages. After telling her story, she took time off work to grieve.

"When you lose a baby, and I lost my baby at 14 weeks, no one really tells you what to do when the due date comes around," she said at the time. "There's no manual. I was just gunna try to power through it [but] it's been been looming on the horizon like a dark cloud.

"I think it's really important that I keep talking about it. Every instinct in me is to shut up, make jokes and power on. But I've realised through this ordeal that one in four pregnancies end in miscarriage… women carry this pain and a gaping hole in them."