The Game Of Thrones star, 31, looks breathless as she's hoisted onto a sideboard by a trouserless Huston.

She can be seen performing oral sex on her co-star as well as passionately kissing him in bed.

The pair play leads Susan Smith and Mark Putnam, the real life duo who struck up an intimate relationship when married FBI agent Putnam was assigned to a case in a mountain town in Kentucky.

The film is the second big screen effort of the year for Emilia after her turn in Solo: A Star Wars story.

Her breakout role as Daenerys Targareyn in the HBO fantasy epic GOT has seen Emilia become a household name.

But she isn't impressed when she's asked about portraying a "strong female."

"Let’s just be women. I’m going to tell you how it feels to play a woman—the end, that’s it. Take the ‘strong’ out of it, find another adjective, dammit.

"I’m just playing women. If it’s not strong, what is it? Are you telling me there’s another option, there’s a weak option? You think a lead in a movie is going to be a ‘weak’ woman?” 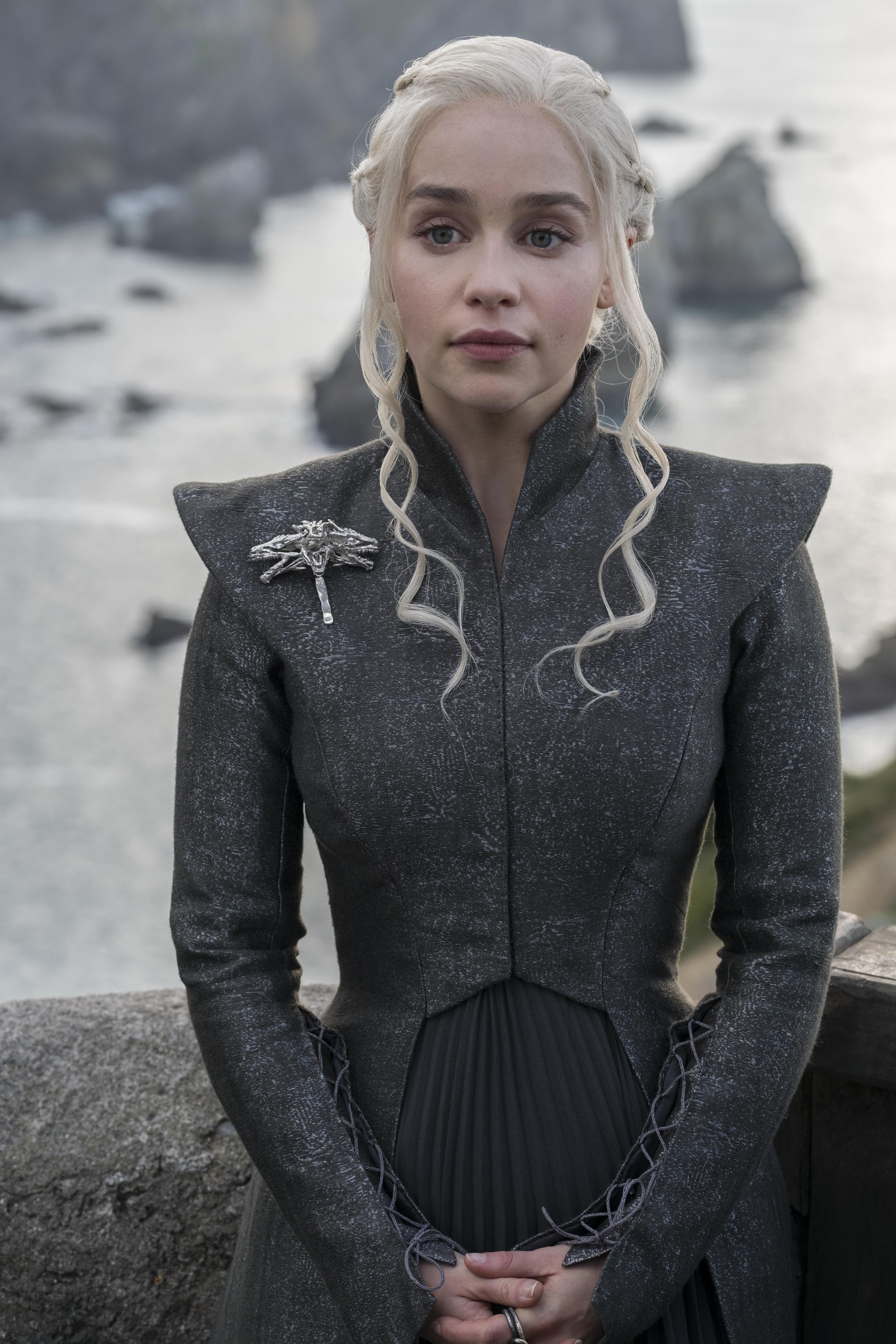 She has become central to the fantasy TV drama and is filming the US hit’s eighth and last series.

It came after she said her dad predicted she would end up working as a waitress if she tried her luck as an actress.

Her performances have been nominated for three Emmy and two Critics Choice TV Awards.