The actress, 29, sizzled in a metallic gown on the pink carpet for the photo call in New York City. 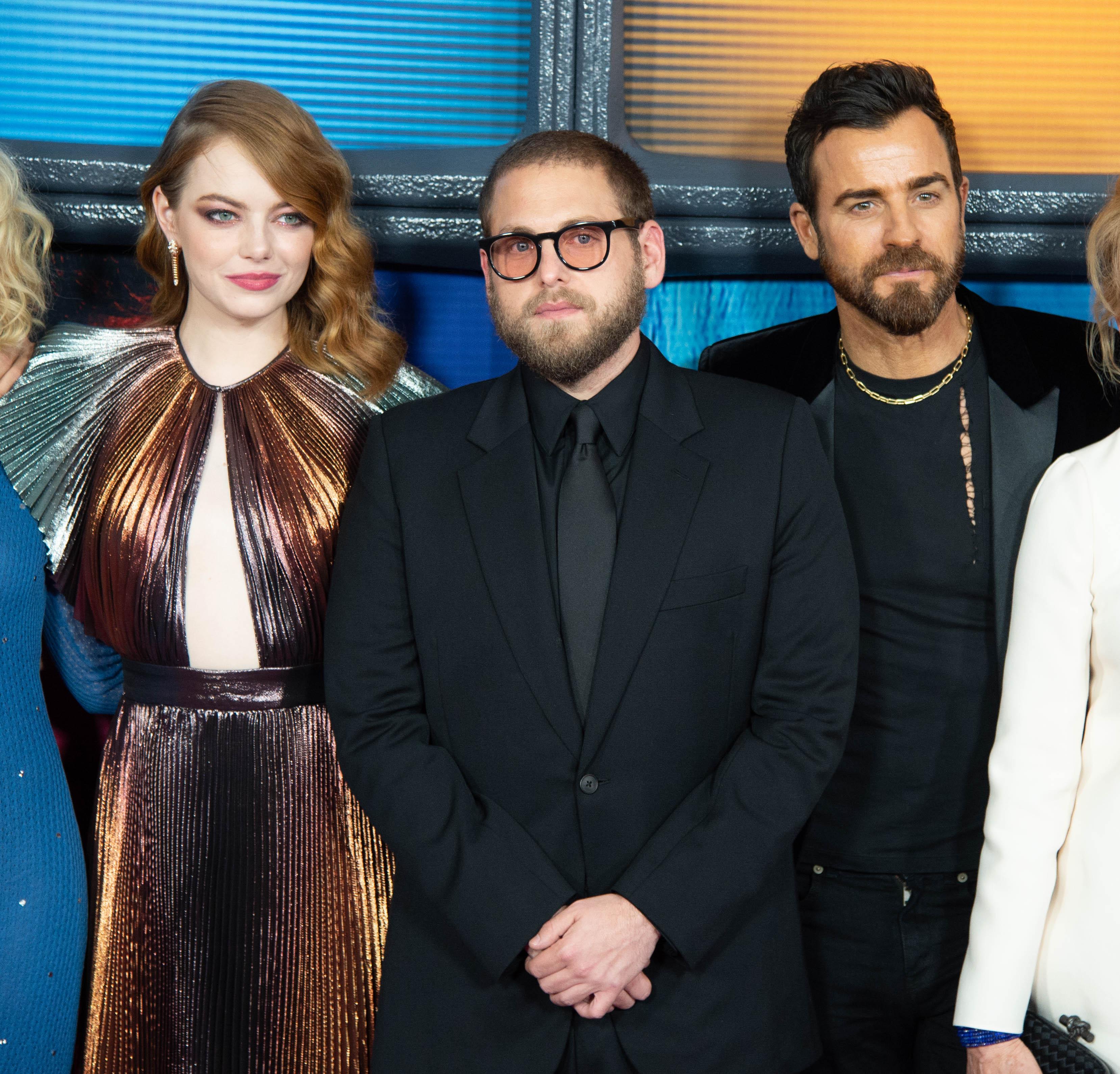 The striking redhead looked every inch the Hollywood siren in her floor-length pleated dress.

Emma wore her trademark fiery locks in a classic side parting with loose waves.

The starlet opted for a pink-palette to make her striking green eyes pop.

Her glamorous appearance comes as she managed to avoid cuddling up to her co-star Justin, 46, for the cameras after rumours circulated that they were dating. 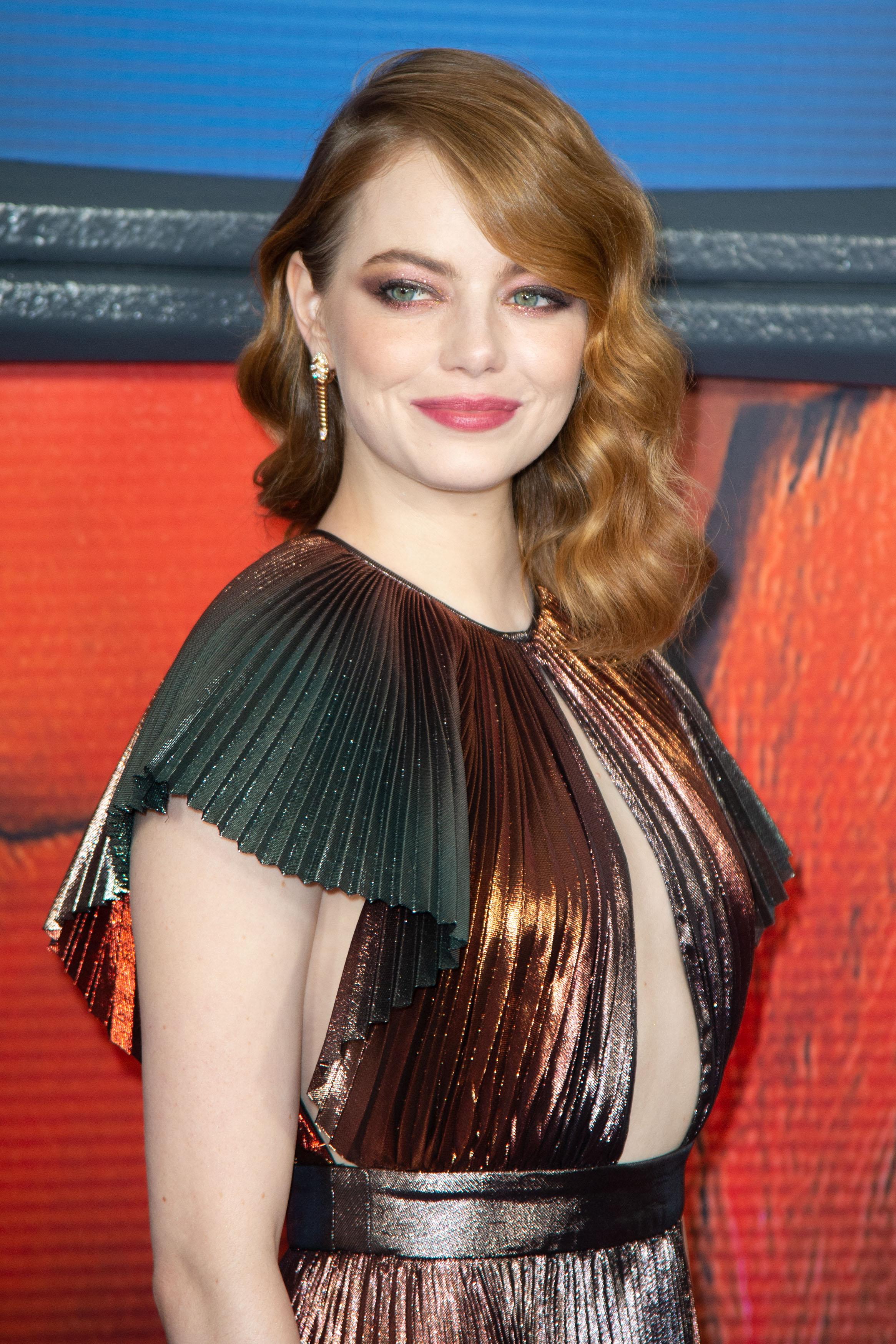 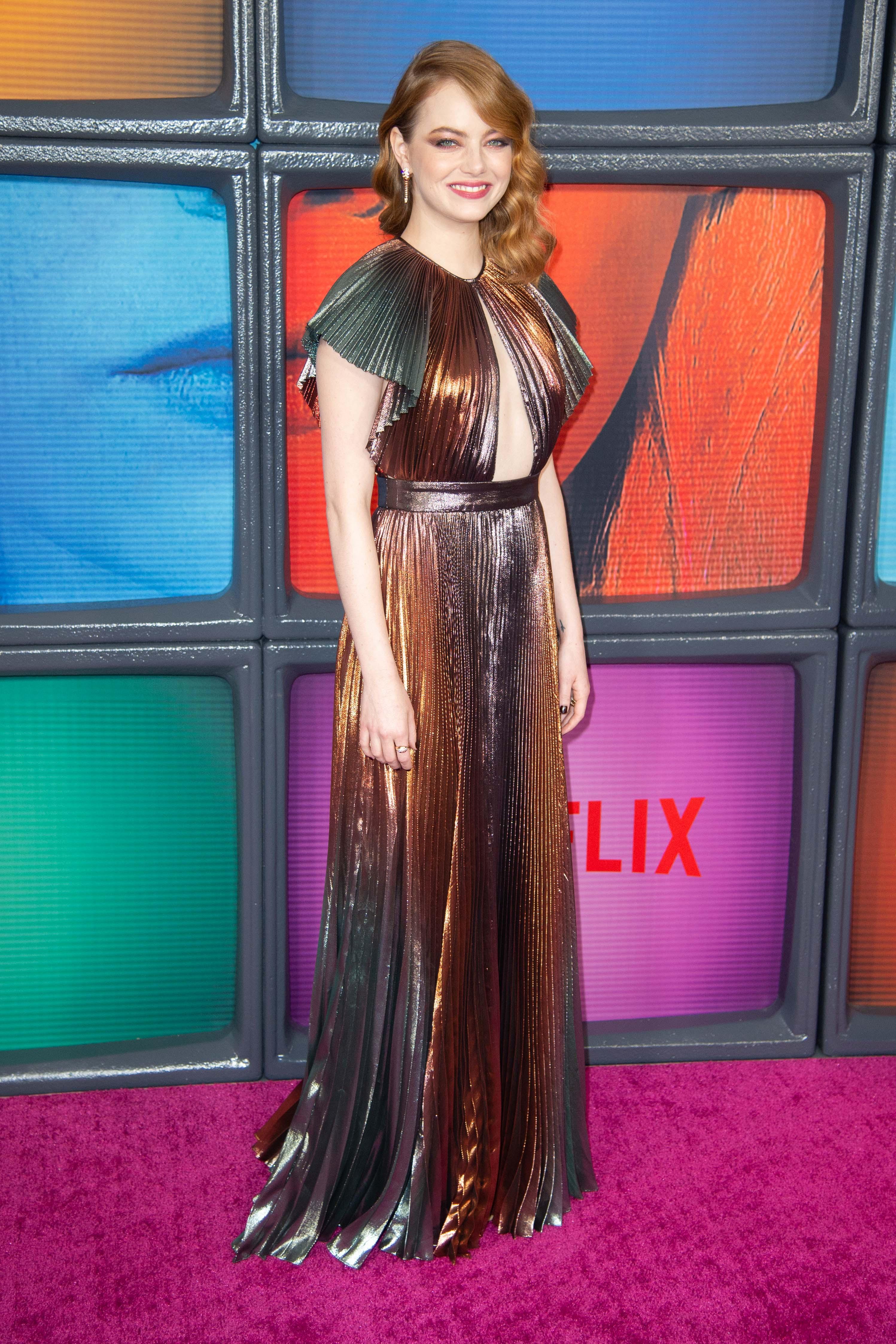 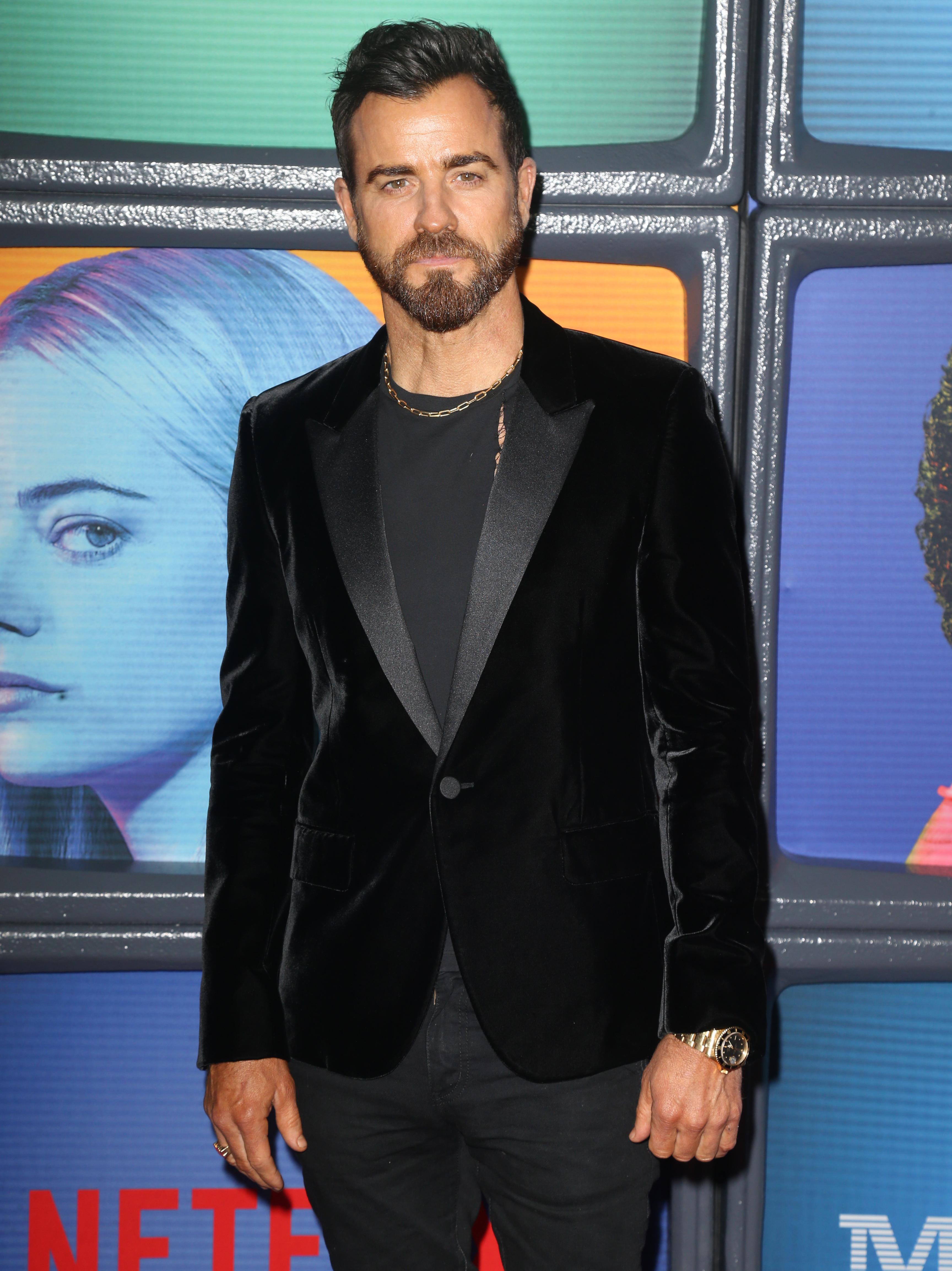 But she was more than happy to cuddle up to her other Maniac co-star Jonah Hill.

Emma laughed and snuggled up to the actor as they promoted their new Netflix series in the Big Apple.

And conveniently, Jonah planted himself firmly in the middle of Emma and Justin after speculation that they'd been romantically involved.

The pair fuelled rumours of a dalliance when they were pictured on holiday together in France back in May. 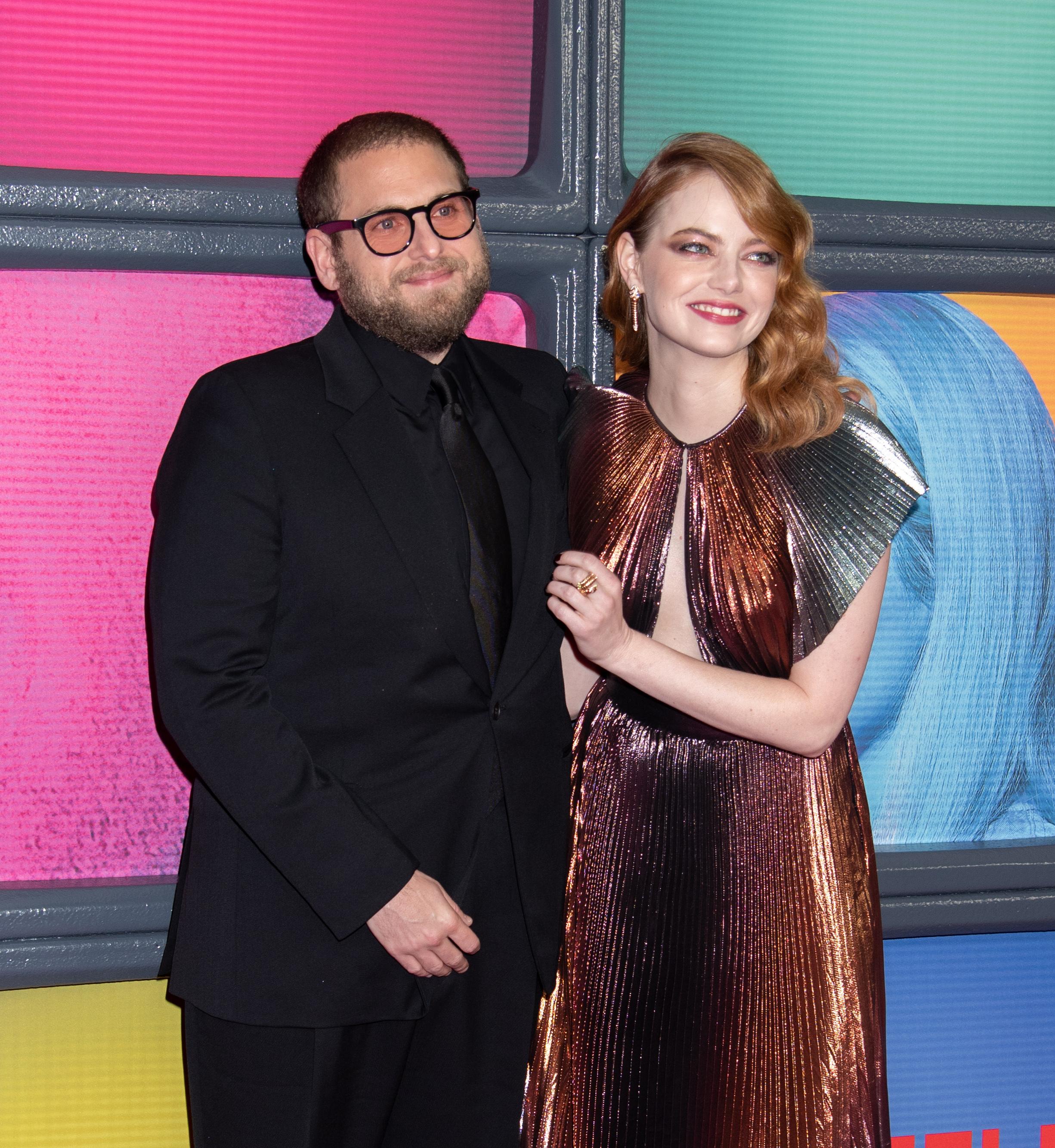 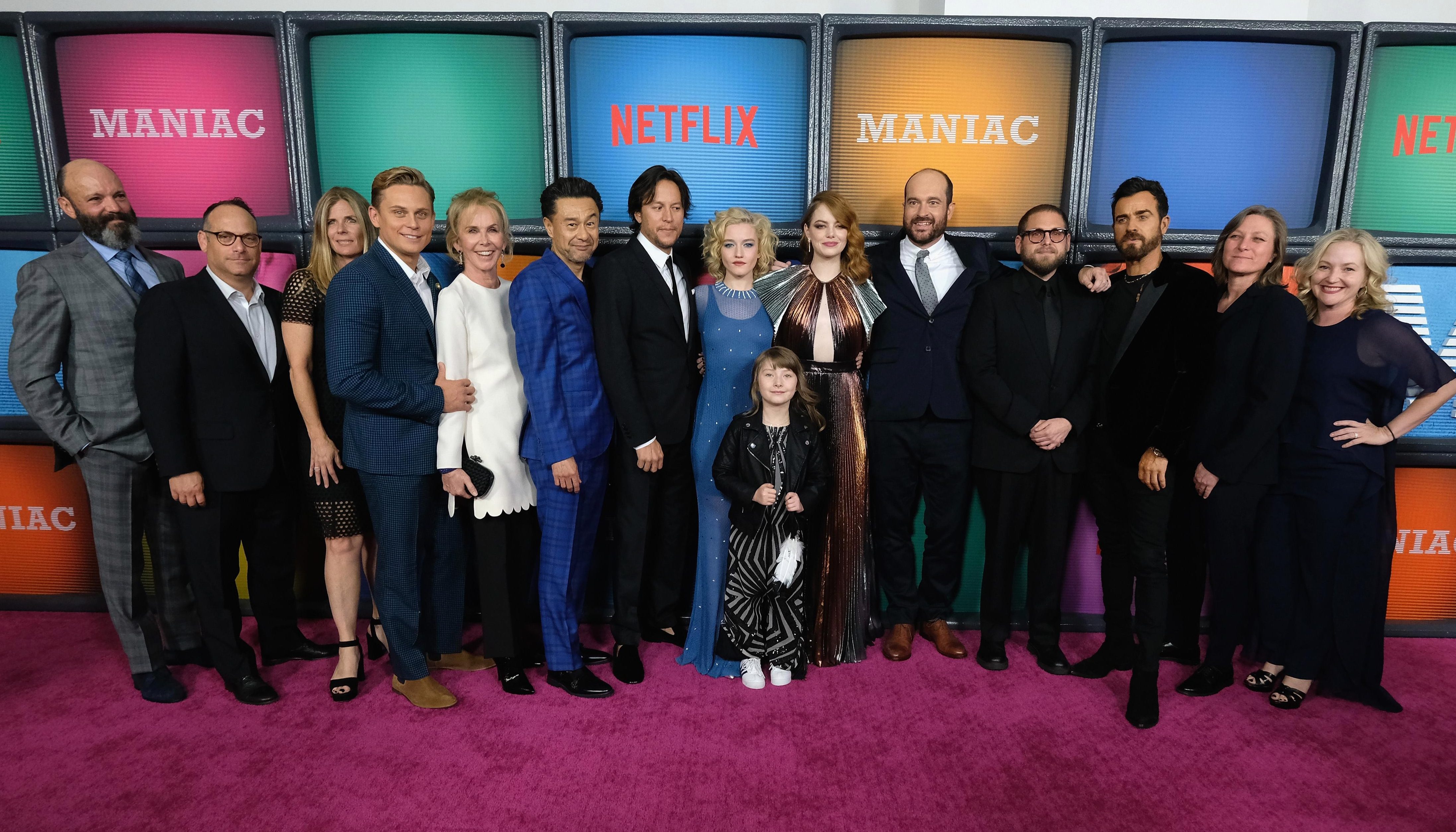 The actors were snapped at a villa in Saint-Paul-de-Vence, in the south eastern region, engaged deep in conversation.

Both dressed in swimwear, the pair soaked up the sun together while relaxing on the terrace of the property.

The pictures came weeks after the La La Land star and the then newly-single Justin were pictured leaving the Met Gala after party together.

And just days before that they were seen grabbing sushi in New York.

In April Justin had also posted a pic of them hanging out with Queer Eye For The Straight Guy star Jonathan Van Ness.

Captioning the shot on his Instagram Stories: “Bffffffs. And yes. JUST bfffffs” in case fans jumped to any conclusions.

The A-listers met last year while working on new Netflix show Maniac – but sparked romance rumours as they opted to hang out on various occasions after filming wrapped.

But – stemming gossip – the pair managed to avoid getting snapped next to each other at the premiere of the new show.