Emmerdale bad boy Ross Barton has had his drugs secret exposed – with show newcomer Ryan Stocks now aware of what he’s up to.

Ross (Michael Parr) has started to rely on cocaine to lift his spirits, as he continues to struggle with dark moods following his acid attack.

Thursday’s double bill (August 16) saw Ross throw a house party to cheer himself up further, but his drug-fuelled behaviour annoyed everybody.

Continuing to push everyone he cares about away, Ross also pretended not to care when his brother Pete revealed that he was considering moving in with his partner Rhona Goskirk. 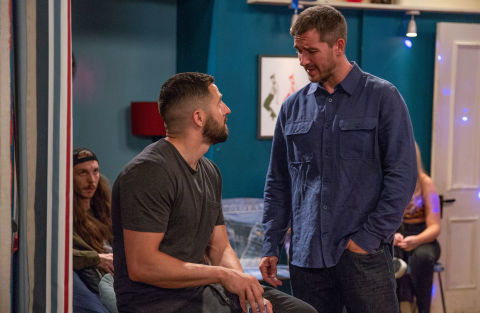 Although Ross managed to prevent most of the partygoers from finding out that he’d been using drugs, Ryan realised what was going on when Ross briefly dropped his bag of cocaine.

Ryan (James Moore) was the last guest at the party after everyone else had found an excuse to leave, but when he expressed concerns over his new friend’s troubles, Ross turned against him too and ordered him to wait for a taxi outside. 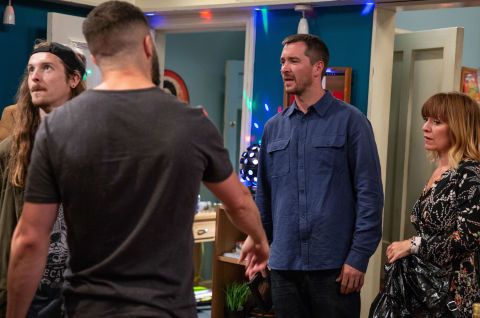 It’s clear that Ross is on a dark path as we build up to his departure from the show this autumn, but just how bad will things get for him before he goes?

Could Ryan try his best to help Ross over the next few weeks, or will he decide to leave him to it after their friendship came under strain tonight? 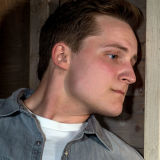