Emmerdale has hinted at a dark new direction for Ross Barton after he took cocaine in the show’s latest cliffhanger.

Ross (Michael Parr) has been eager to find a buyer for the luxury vehicles, which were snatched by Rebecca last month, but it was a very close call when the police became suspicious.

Fortunately for Ross, with a little help from his brother Pete and business partner Cain Dingle, he was able to outsmart the authorities and keep himself out of trouble… for now. 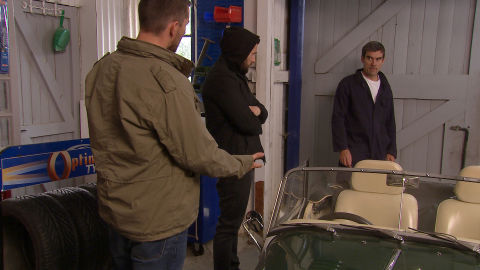 When accepting payment from his buyer later on, Ross was offered cocaine instead of cash but firmly refused.

Later on, however, Ross was seen with a bag of cocaine after all and wasted little time before taking it, away from the prying eyes of Pete and Rhona.

As Pete and Rhona marvelled at the bad boy being in such a good mood, he proudly declared that the “old Ross” was back. But is he actually about to embark on his biggest downward spiral yet? 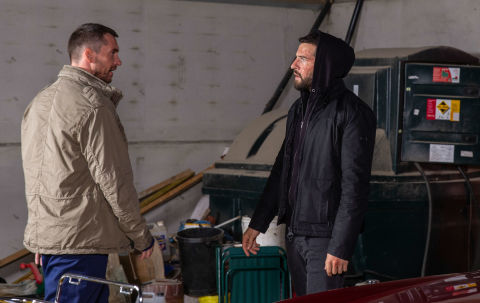 We’ve already seen Ross battle a painkiller addiction this year, and as he now turns to cocaine, it seems likely that the build-up to his forthcoming departure is under way.

When Emmerdale announced Ross’s exit earlier this year, show producer Kate Brooks promised “an intriguing storyline for his exit”. Will it tie in with the drugs?

Emmerdale continues on Friday (August 3) at 7pm on ITV.