Emmerdale has been cleared after its recent sex worker storyline involving Tracy Metcalfe (played by Amy Walsh) prompted complaints from some viewers.

UK broadcast regulator Ofcom received seven complaints over an episode that aired on February 21 and was broadcast at the pre-watershed time of 7pm.

In May the watchdog confirmed they were investigating whether the episode breached its “rules requiring that content that is unsuitable for children and offensive language must not be broadcast before the watershed”. 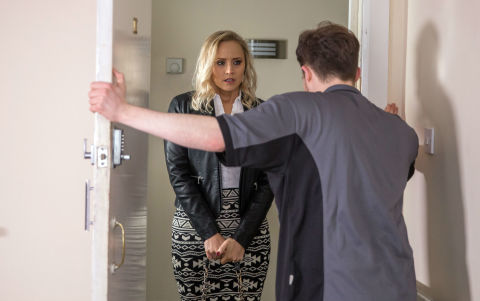 In their ruling issued today (August 6), Ofcom said: “We investigated complaints about episodes involving a female character being blackmailed, but found that sexual themes were appropriately limited and not graphically portrayed.

“The scenes were the culmination of storyline which had been building over a number of episodes, and so they were likely to have been within regular viewers’ expectations.

“ITV also provided a warning to viewers about the content in advance of one of the episodes.” 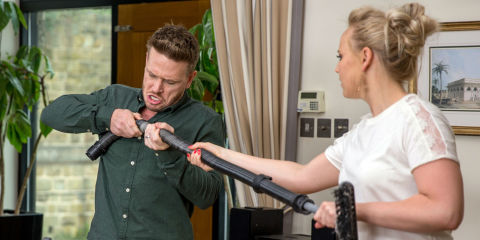 The episode saw Tracy pretend that she was going to sleep with a previous client called Phil after he started blackmailing her about her past.

It included scenes which saw Phil strip to his boxers and begin to unbutton Tracy’s blouse. 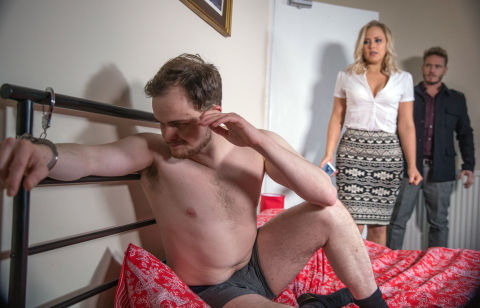 Tracy then handcuffed Phil to the bed and started taking pictures of him, threatening to send it to his wife just as her husband David Metcalfe (Matthew Wolfenden) stormed into the room.

The episode also saw Tracy admit to David that Phil used to pay her for sex, which eventually led to the breakdown of their marriage.