Emmerdale viewers have seen Cain Dingle (played by Jeff Hordley) make a huge error after accidentally shooting his long-lost son Nate Robinson (Jurrell Carter). Now, the police are after him and fellow resident Will Taylor (Dean Andrews), could Cain find himself in grave danger as he enters into a battle he can’t win?

Last year, it emerged Cain had a long-lost son in the form of Nate as the pair quickly ended up at loggerheads after the latter’s affair with Cain’s wife Moira Barton (Natalie J Robb).

Cain was unable to forgive Moira for her infidelity and recently issued her with divorce papers.

However, he decided to help her when his sister Chas Dingle (Lucy Pargeter) informed him Moira could be targeted by rustlers at the farm.

Cain had recently acquired a gun from ex-lover, Harriet Finch (Katherine Dow Blyton) after she desperately tried to dispose of it. 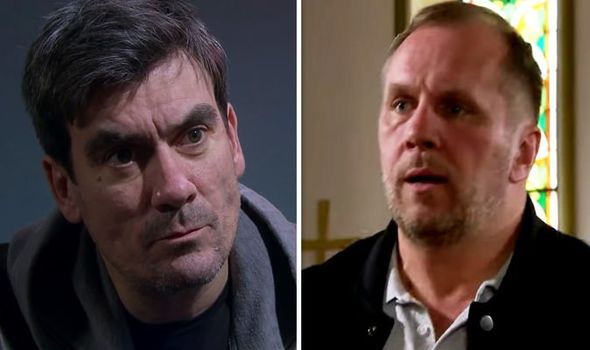 The gun had originally emerged in the house she shared with boyfriend Will, leaving her shocked.

Will’s young grandson Lucas found the gun after a play-fighting session got out of hand.

Lucas brought the gun downstairs and managed to be coaxed by Billy Fletcher (Jay Kontzle) into giving it back.

However, it raised many questions to Harriet as to why her partner needed the gun in their home as she swiftly took matters into her own hands. 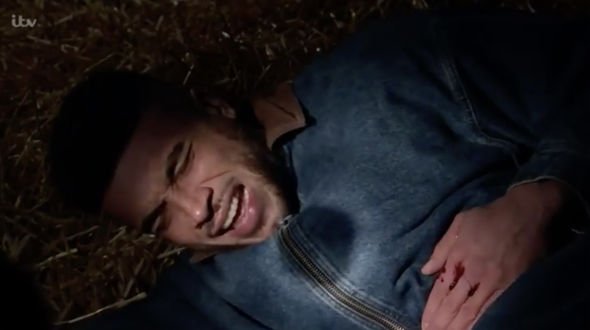 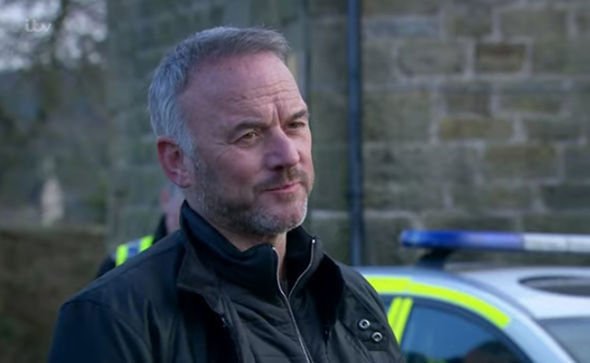 It quickly emerged as the wrong decision after the gun was used to shoot Nate in a case of mistaken identity, up at the farm.

He ended up in hospital as it seemed uncertain whether he would survive the shooting but he has since made a swift recovery.

Unfortunately, Cain fails to be in the clear as the police have started digging round his place of work, as well as going after Will.

Will ended up being met with an unpleasant reminder of the past, in the form of DI Malone (Mark Womack).

Now, with Cain’s suspicions raised, he will make a turning point next week after he uncovers a package hidden in Malone’s car.

After the discovery, Cain will decide to ring Will for a chat to try and get to the bottom of what is going on.

He will decide to come clean to Cain and explains his history with DI Malone, but it will lead to Cain making a potentially life-threatening decision.

However, it seems their conversation won’t be enough to put Cain’s mind at rest as he decides to confront Malone himself.

Could Cain end up getting himself killed if he finds out more about what Malone is really up to?

Cain is not the only villager who could be in danger if he crosses DI Malone, after the dodgy copper appeared to threaten Will’s family last week.

After issuing him with a huge warning, the copper told Will: “Give Dawn and Harriet my regards.”

It has strongly been hinted DI Malone could end up putting those closest to Will in grave danger – what does he have in store for his family?