While Vanessa Woodfield (played by Michelle Hardwick) is receiving cancer treatment off-screen, her fiancé Charity Dingle (Emma Atkins) is left holding the fort in Emmerdale. This means dealing with the ongoing investigation into Kirin Kotecha’s (Adam Fielding) whereabouts to secure the relevant paperwork for the request to become Johnny’s adoptive parent. But, with the Woolpack landlady having such difficulty getting the murderers signature, will she take matters into her own hands?

“Yes, that’s right, Vanesa’s ill and her partner wants to adopt Johnny,” Priya told one of Kirin’s family members on the phone.

“All Kirin needs to do is sign some papers,” she added.

“Make sure she knows its not a trap!” Charity butted in. 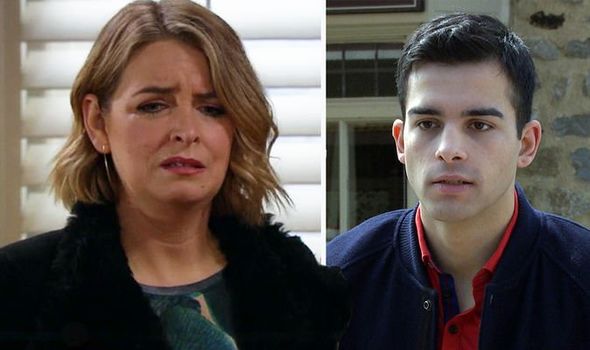 “No one wants him to come home or risk him getting caught – he can do it all electronically,” the Home Farm secretary continued.

“Oh right, I see. Okay well thanks for letting me know,” Priya signed off.

“Rohini hasn’t heard anything from him, not since he last called his dad to get some money,” Priya revealed. 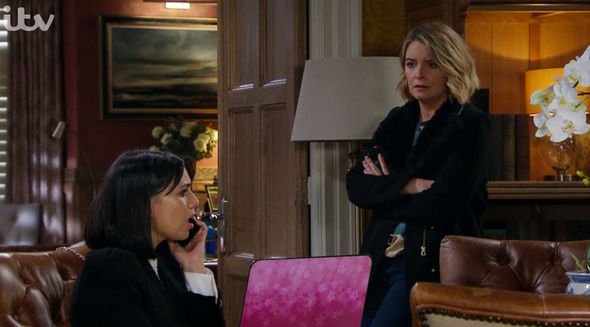 Fuming, Charity exclaimed: “Great! So he abandons his kid, doesn’t ever send a penny, doesn’t check in on how he’s doing – but I’m looking after Vanessa and him through thick and thin!”

“I know, I guess that means he wouldn’t mind if he adopts him, that’s a positive right?” Priya remarked.

“How long’s that going to take now without a signature?” Charity shouted.

With Charity having such difficulty trying to find Kirin, will she take matters into her own hands? 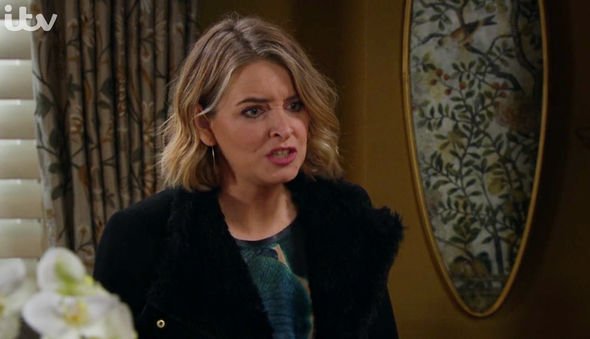 There is a possibility she may forge Kirin’s signature in a bid to get the papers processed.

Especially with Vanessa’s health taking precedent, should her partner constantly ask Charity how the adoption process is going, the mother of three could find herself with no other choice but to ‘illegally’ adopt Johnny in a bid to focus on Vanessa’s cancer.

This wouldn’t be the first time Charity has broken the law, but there is no doubt, this would eventually backfire.

Will she be able to keep the secret from Vanessa?

The teenager has been tormenting Leyla Harding (Roxy Shahidi) for many months.

The Take a Vow wedding planner finally found out Gabby was the one who trashed her office and was stalking her.

But after suffering an injury, Gabby could find herself seeking medical help.