Emmerdale’s Nate Robinson and Tracey Metcalfe (played by Jurell Carter and Amy Walsh) had some shock news earlier this month as they found out they were expecting a baby. But with a child comes huge responsibilities and while the couple have agreed to put their differences aside and make it work, it might mean making the ultimate sacrifice in the short term to secure long term happiness.

The pair were beyond stunned when an X-Ray revealed Tracy was pregnant and now the mum-to-be’s priorities have totally changed.

After deciding they both wanted to give parenthood a go, Tracy sets a few rules in place, one being Nate has to find a job to bring in money for them and their unborn child.

Children are costly, and a surprise pregnancy might not always come at a time where the parents are financially stable.

Determined to give her kid the best life, she starts to put pressure on Nate to try harder in his job search. 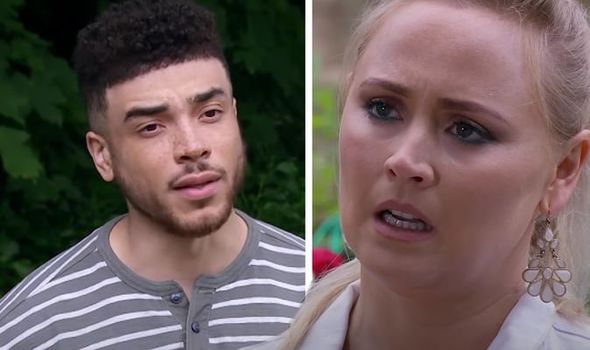 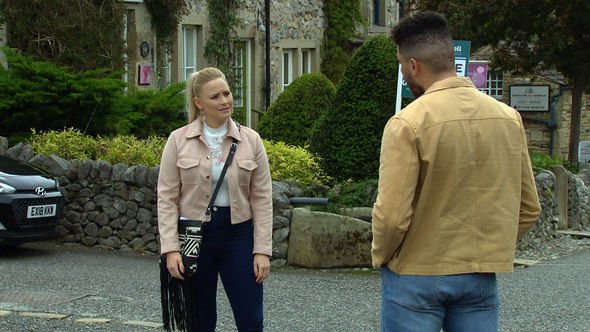 Nate was fired by Al Chapman (Michael Wildman) for missing an important business meeting because Tracy begged him to take her to the hospital after she hurt her wrist.

It couldn’t have come at a worse time now Nate wants to be saving for his baby’s future, and he begins to feel overwhelmed.

With no luck around village, will he have to start looking further afield?

He might have to sacrifice the Dales for a little while to ensure he has an income and meet Tracy’s demands. 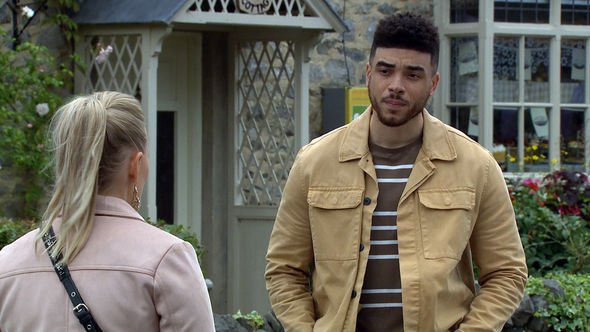 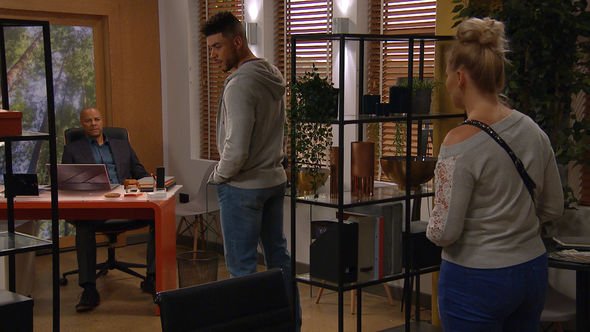 Could she drive her partner away temporarily due to stressing over their future?

Alternatively, he could resort to more untoward methods for cash.

After Al fired him, Nate begged him to give him his job back and overheard a suspicious conversation between Belle Dingle (Eden Taylor-Draper) and Jamie Tate (Andrew Lincoln).

Fans will remember that Jamie was responsible for Moira Barton’s (Natalie J. Robb) hit and run accident and has managed to evade all suspicion since the horror crash.

While running into Belle later on, Nate grilled her over the mysterious chat and she ended up telling him everything, giving Nate a platform for blackmail.

Next week, Jamie tries to bribe Nate into staying quiet about what he knows but will the former farm worker use Jamie’s desperation to his own advantage?

Could he manage to wrangle his job back at the expense of his guilt?

It would certainly please Tracy to have her man around ahead of her 12-week scan!

Elsewhere in the Dales, Dan Spencer (Liam Fox) has fallen on more tough times as he is riddled with money worries.

Following his accident, he is wheelchair bound and unable to do his job.

Not only that, but he has expensive physio to pay for, a teenage daughter and a house.

As he sifts through mounting bills, he continues to put on a brave face for his loved ones but how much longer can he keep his head above water?