Fans of the ITV soap know that Rhona – played by Zoe Henry – will face a hysterectomy this week following the discovery that she has tumours on her uterus. 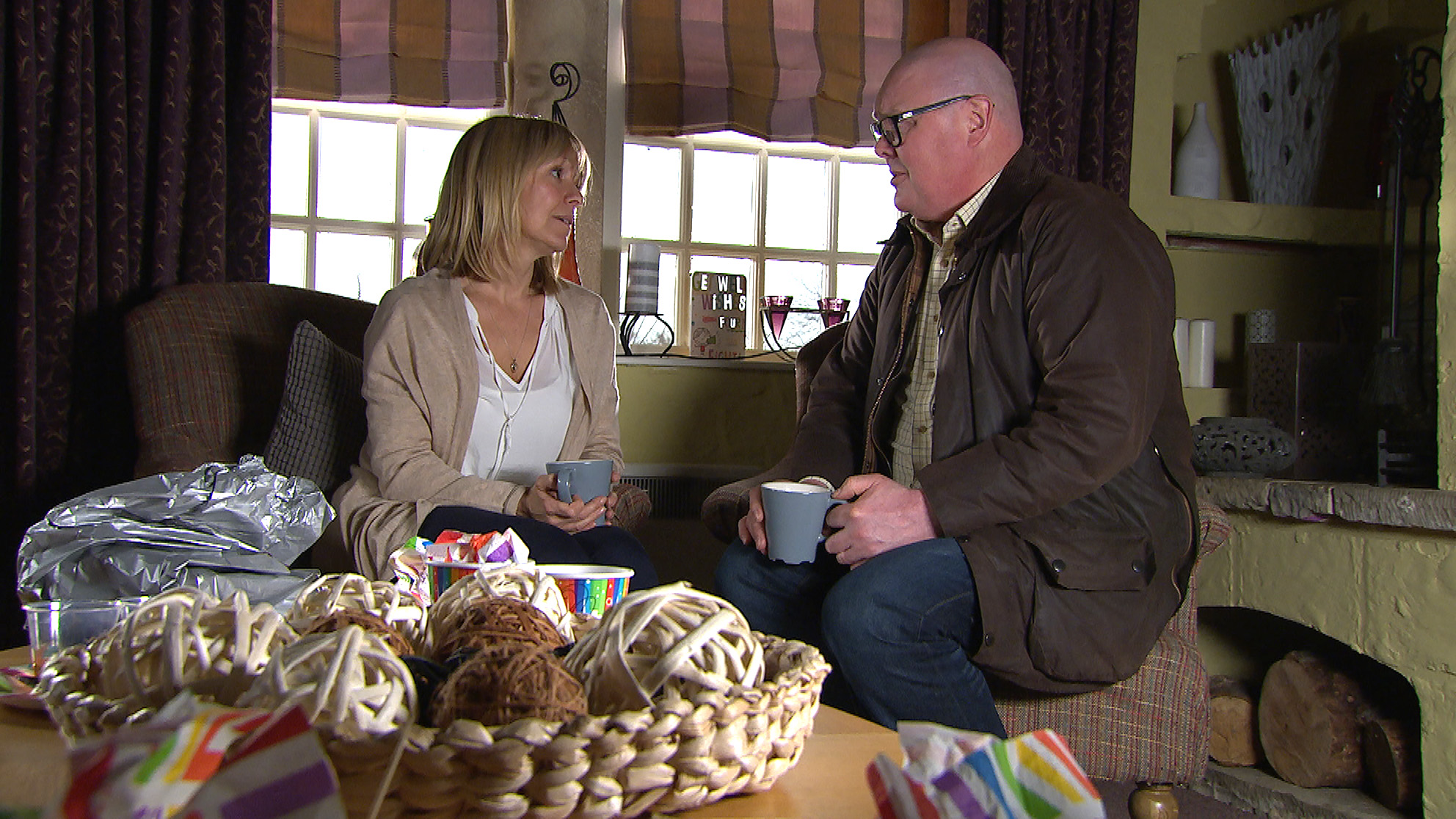 As her little boy Leo visits her, the vet finds her emotions get the better of her but she’s quick to play it down, but her boyfriend Pete Barton – Antony Quinlan – isn’t convinced by her explanation.

When Rhona resists Pete’s help she tries to hide the fact she’s having hot flushes from him but he starts to figure out the truth.

Pete asks Rhona if she’s going through the menopause following her operation but she fiercly denies it, even though she secretly knows it’s true.

Later Marlon Dingle tells Paddy – Dominic Brunt – that he needs to visit Rhona and tell her that Chas is pregnant again before she hears it from someone else. 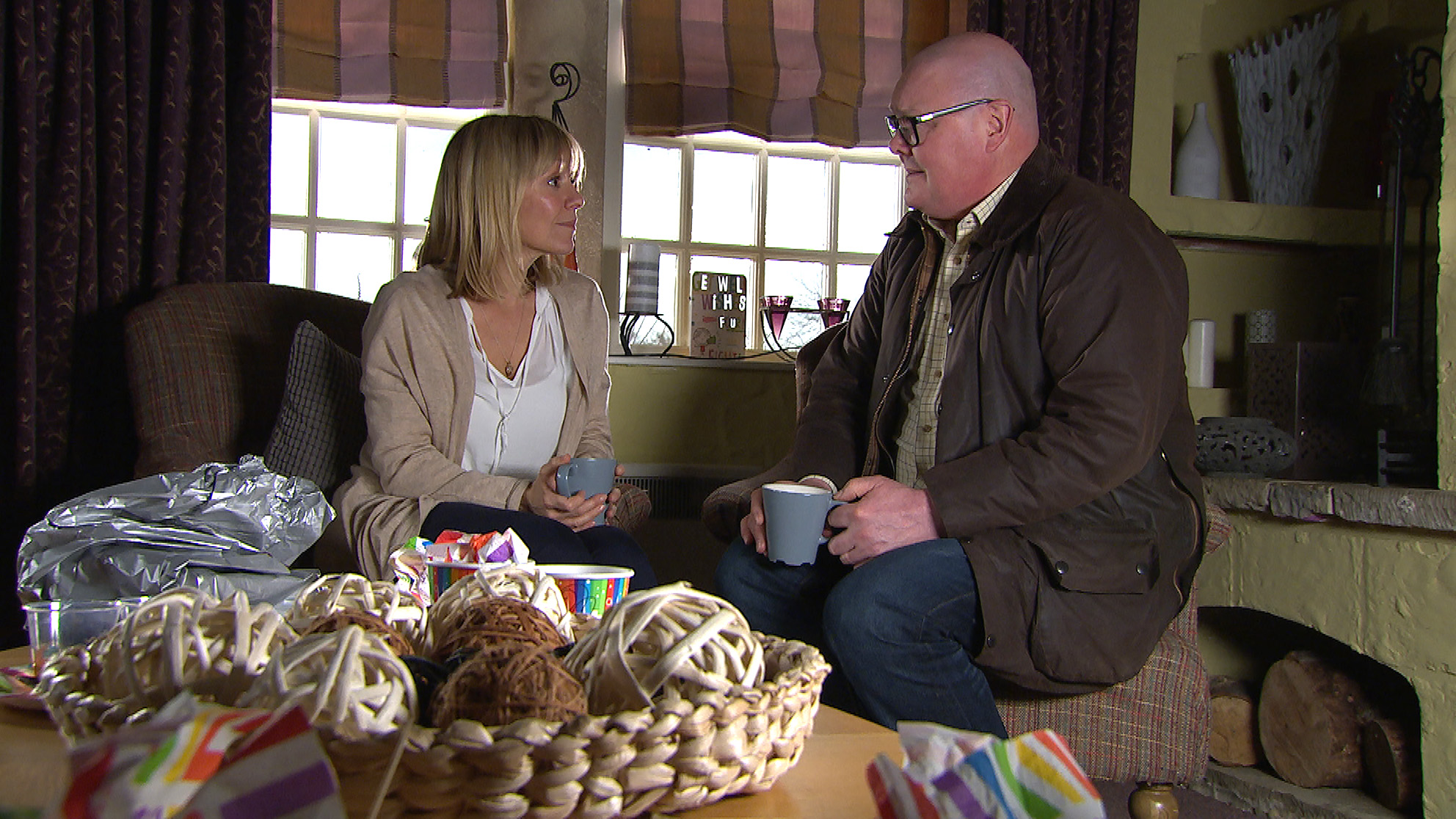 Paddy bites the bullet and tells Rhona that Chas is expecting and she seems to take it well, telling him he deserves happiness.

But after reassuring Pete that she’s more than fine with Paddy’s news, she sends him to the pub before finally giving into her tears.

Marlon is shocked when he finds Rhona so distraught but will she open up and tell him what’s wrong? And what will happen if she does?

Emmerdale viewers were overjoyed when Chas revealed she was pregnant during last Friday’s episode.

She and Paddy lost their daughter Grace last year after the tot was born with bilateral renal agenesis – a condition which meant some vital organs hadn’t developed properly and she wouldn’t survive more than a few moments after birth.