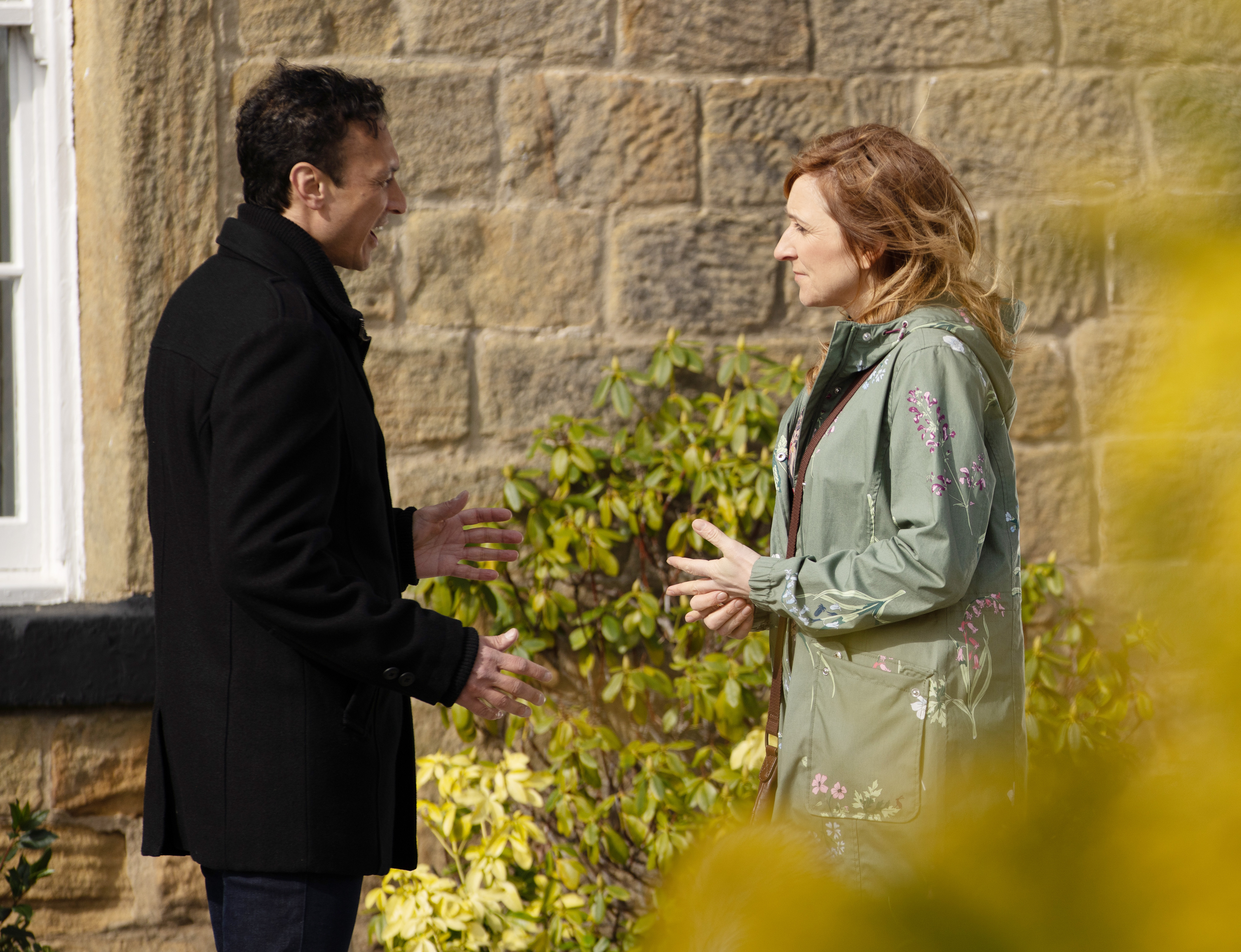 Happiness and heartbreak follow in quick succession for Jai Sharma (Chris Bisson) in upcoming Emmerdale episodes when he reunites with Laurel (Charlotte Bellamy), only to have her almost immediately suspect he’s back on drugs.

Jai has been trying to win Laurel back ever since he betrayed her by taking out a huge loan in her name. They agreed to take things slowly but, as Chris Bisson explained to Metro.co.uk, the reconciliation comes as a total surprise to Jai. ‘Previously Jai had said to Laurel that he needs to know where he’s going and what he doesn’t want to do is end up chasing a dream that’s just a dream,’ he explains.

‘He doesn’t want to be hanging on and hanging around waiting for her to come round if she really is never going to feel that way about him. That’s an awkward conversation but also I think maybe a realisation for Jai that he needs to move on. So it does come as a little bit of a surprise. She turns up at Holdgate and it goes from them not being together to them being back together properly all in the space of a scene.’

Jai is overjoyed that he and Laurel are back together. ‘The audience even get to hear Jai sing a Stevie Wonder song he’s so happy,’ Chris says. But things rapidly go wrong after he realises he’s lost his wallet. When they find it down the back of a chair in Take A Vow they also find a small bag of drugs. Everyone jumps to the conclusion that Jai has relapsed and nobody believes him when he protests that he’s innocent.

Chris describes what happens next: ‘He’s trying to defend himself and his reputation, saying “Everything was going great, why would I throw it all away?” They just don’t listen to him and it becomes a real source of frustration for Jai because he’s pleading his innocence. His dad Rishi (Bhasker Patel)’s trying to get him to go to rehab and Laurel’s giving him a really hard time about it saying the lies just keep rolling off the tongue, don’t they? Because of his history they simply don’t believe him and he ends up at a point of despair and desperation.’

From being happy and united, Laurel and Jai are back at odds with each other, and Chris thinks it’s going to be hard for the pair to come back from this.

‘I think a line has been crossed with this,’ he says. ‘Laurel says she just doesn’t believe him and he gives her both barrels in the Woolpack as you would expect and gives her a piece of his mind about how he can’t live in this way where she simply doesn’t trust him and how hard it’s been for him. I think he’s disappointed in Laurel more than anything. She has her problems and she’s a recovering alcoholic. I don’t know whether it’s the point in their relationship and it’s too fragile or whether she was never really 100% behind getting back together, I don’t know, but she doesn’t seem to be very understanding. They break up and he definitely sees a different side to her.’

So is this the absolute end for Jai and Laurel?

‘I can’t see Jai getting back together with Laurel,’ Chris says. ‘He pleaded his innocence and was absolutely adamant, but she wouldn’t believe him. I don’t see how they get back from there.