Sky News boss Greg Byrnes knew convicted racist Blair Cottrell was set to be interviewed on The Adam Giles Show and even gave the segment the green light.

The former news director has told told staff he gave former Northern Territory chief minister Adam Giles the go-ahead to interview Cottrell because he thought his controversial views would be challenged on-air. Byrnes has since told staff he made the wrong call.

In a statement, the former national editor said he regretted giving the interview the green light.

"Yes, regretfully, it was my error," he said.

"The company undertook a review and advised me of an immediate change to the editorial structure."

The network has apologised twice for putting Cottrell on television – first on Sunday evening and again on Monday.

Sky's chief executive Angelos Frangopoulos has said Cottrell will never appear as a commentator on the channel again, while The Adam Giles Show has been suspended pending an internal review.

Sky has also tweaked its leadership structure, with Byrnes taking on a new role as program director.

However Sky news staff hold concerns incidents like the Cottrell interview will continue to occur due what they see as a lack of resources and little direction being offered by editorial management. Just last month, Liberal Democratic senator David Leyonhjelm used a weekend appearance to say a Greens rival was “known for liking men”. 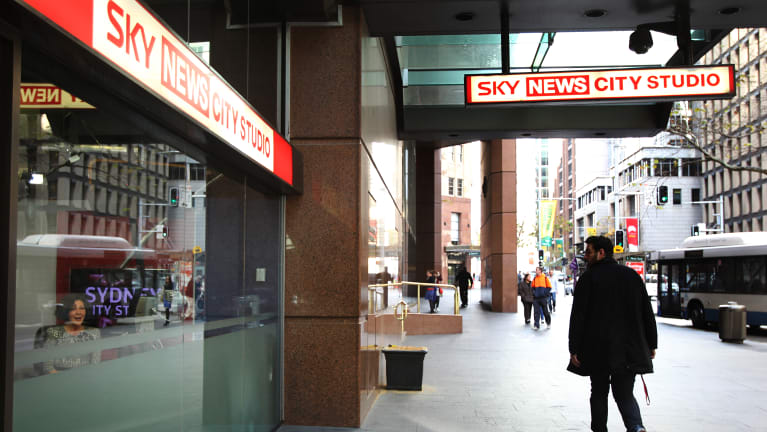 Sky News insiders are worried it’s only a matter of time before the 24-hour news channel is embroiled in another controversy.

"This could easily happen at any time," one Sky insider said. "We've got hosts who aren't journalists and people are just trying to get the programs to air. There's no time to have a think about whether this is a good guest or not.”

Some are sceptical of Byrnes' new job title, despite it being described as an "acting" role.

"For Sky to claim they’ve changed the management structure is beyond a joke," another Sky insider said. "They’ve given the same people the same jobs and different titles."

Outside the Sky News studios, there is a view management manufactures outrage in a bid to grow the 24-hour channel’s relatively small audience. But staff say this isn't the case.

"I wish that was the reason," one of the Sky insiders added. "We're talking about stupidity here, not planning."

When contacted by Fairfax Media, Giles declined to comment.

A spokesperson from Sky News said they would not comment on staff.

"Following Sunday’s program we undertook an immediate internal review and have taken the necessary steps to strengthen our editorial around our weekend programs," the spokesperson said. "We don't comment on internal staff matters."