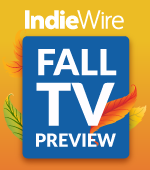 Starting in just a few weeks, there will be multiple new seasons of TV available every single day. You could argue that’s been true for the last two or three years or so, but fall TV season remains one of the most jam-packed segments on the calendar.

The closest thing the TV has to a season outside of the Emmys bubble, fall’s the time of year when every single network, whether broadcast, streaming, or cable unveils their year-end pushes for supremacy (or at least relevancy).

Many of the shows will disappear from memory, possibly even before the pilot even reaches the airwaves. But that doesn’t mean that networks won’t spend a massive amount of time, money, and add space trying to get audiences to tune in.

As another way to help digest all of the hundreds of series journeying back to screens after Labor Day weekend, we’ve put together a gallery of all the notable shows that are back for new seasons. For every one of these shows, we’ve assembled the network, premiere date, and indicated which season is currently airing. They’re also laid out in chronological order, in case you want to use this as an unofficial checklist as we all weave our way through the coming onslaught.

Maybe you want to catch up with past episodes before these series come back. Maybe you just want to be reminded that “Supernatural” has been on TV for 37 seasons. (OK, it’s only 14. But still.) Regardless of the reason, here is our overview of nearly everything to expect until Thanksgiving rolls around and we do this all over again for 2019.