Fear the Walking Dead’s Colman Domingo has revealed what his roguish character Victor Strand has been up to on the series.

Speaking to Entertainment Weekly, the actor – who’s also become the first actor from the Walking Dead universe to direct an episode – explains why viewers haven’t seen Strand on screen lately. 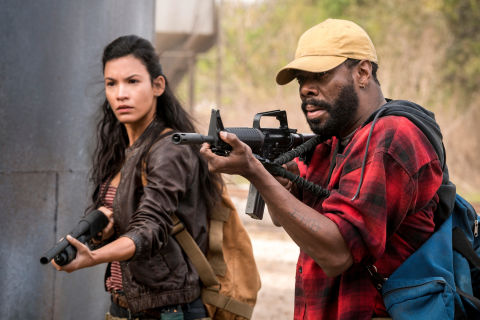 “He’s been doing a lot of drinking, but I think he’s been reassessing,” Domingo noted.

“Strand is someone, as you’ve noticed, that each season he may take a moment to go away. Like the time that he was stabbed and in the hotel room and we didn’t see him for a few episodes. I think that Strand is a thinker, and he’s going to reassemble and come out again.”

Domingo’s embattled character hasn’t been seen since the storm broke out on Fear, and he added jokingly: “He’s like a cat with nine lives. He’s working on his 20th right now?

“So I think he’s just reassessing everything and coming out brand new again. He’s like a butterfly that goes back into his cocoon and then comes back again as a different butterfly.” 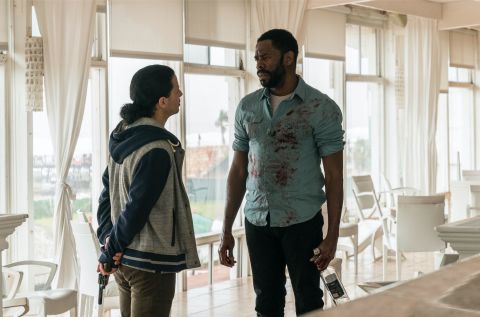 Domingo has previously weighed in on the crossover between Fear and older sibling show The Walking Dead, admitting that the initial concept concerned him a bit.

“I’m a fan of the crossover now,” he revealed. “At first I was a little hesitant, wondering what’s going to happen and what are we doing?

“Now I think it’s interesting because it keeps expanding the universe and I think I look forward to expanding even further, maybe to Russia or Japan.

“I would like to know how other countries are dealing with this apocalypse.”

Fear the Walking Dead airs on AMC in the US, and on AMC on BT TV in the UK.