The Towie star – who turned 28 on August 6 – looked incredible as she headed home after partying at cocktail bar Archer Street in London's Soho. 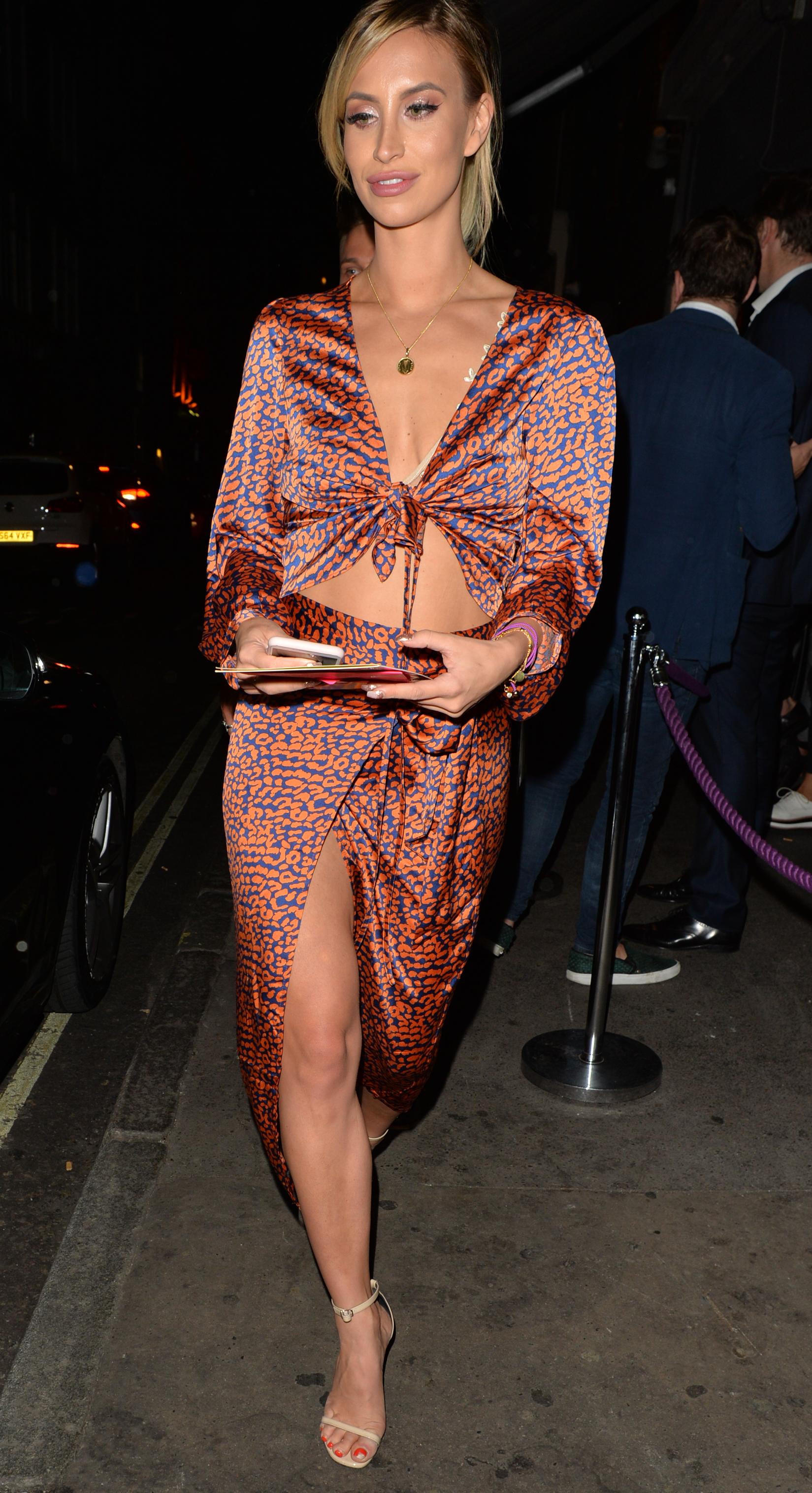 As she walked towards her waiting car, the mum-of-one looked happy and relaxed while clutching a pile of unopened birthday cards.

Ferne wore a stunning silky matching top and skirt for her glamorous evening.

She finished off her look with simple make-up and a pair of nude heels.

The star was then seen elegantly getting into the backseat of the vehicle. 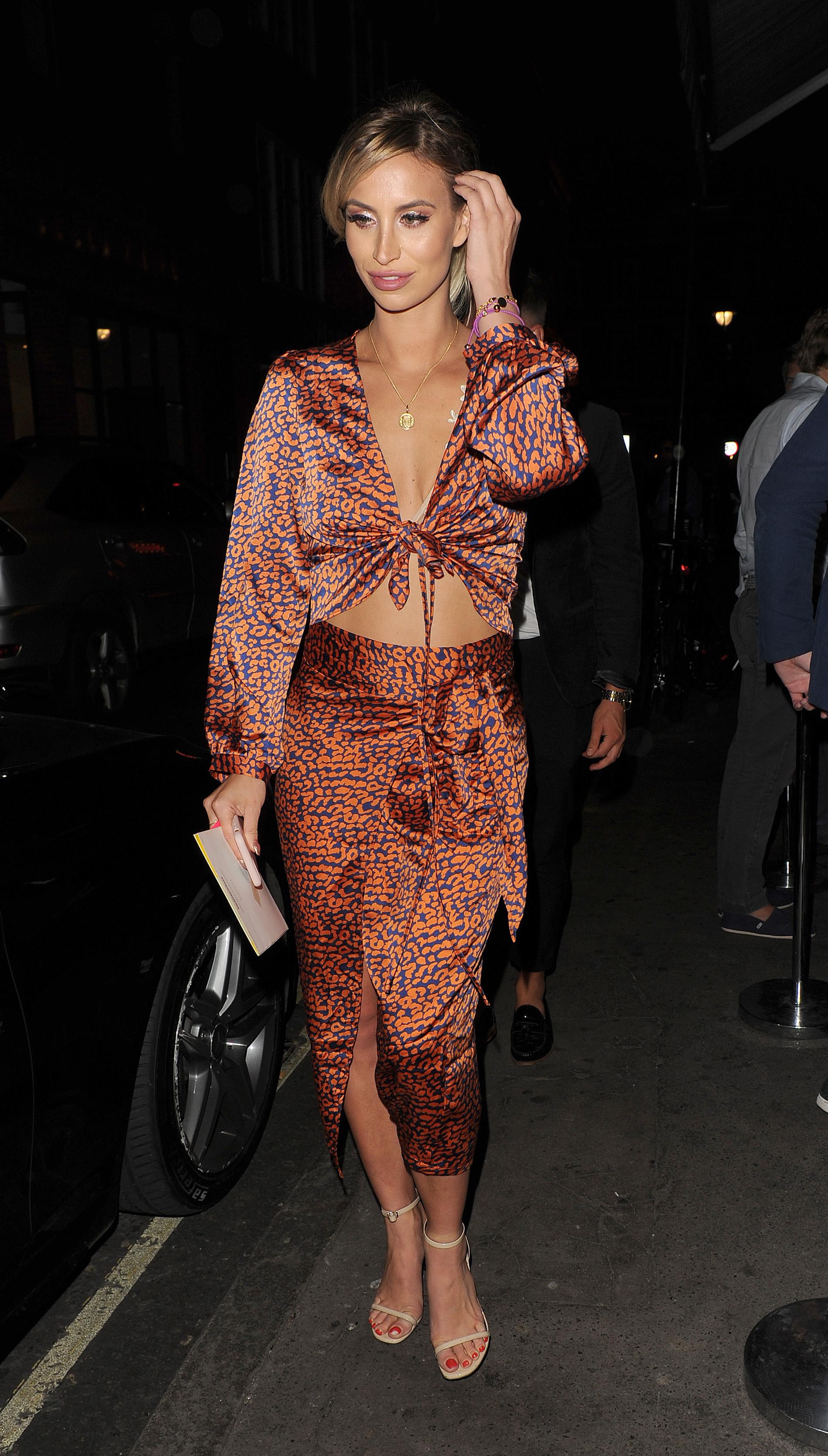 It comes after The Sun's Bizarre column exclusively revealed earlier this month that Ferne has been left devastated after childhood pal Billie Faiers had cut her out of her wedding ceremony because of her ongoing feud with her sister Sam, 27.

Former Towie star Billie, 28, decided against having Ferne as one of her bridesmaids at her upcoming nuptials in an attempt to prevent any rows happening on her special day.

Ex-pals Ferne and Sam appeared to put their differences aside at Billie’s bridal shower last month but sources close to the pair say the rift between them is now so bitter there’s no chance of a friendship.

An insider said: “Billie and Ferne grew up together and spoke from a young age about how they would one day be each other’s bridesmaids. 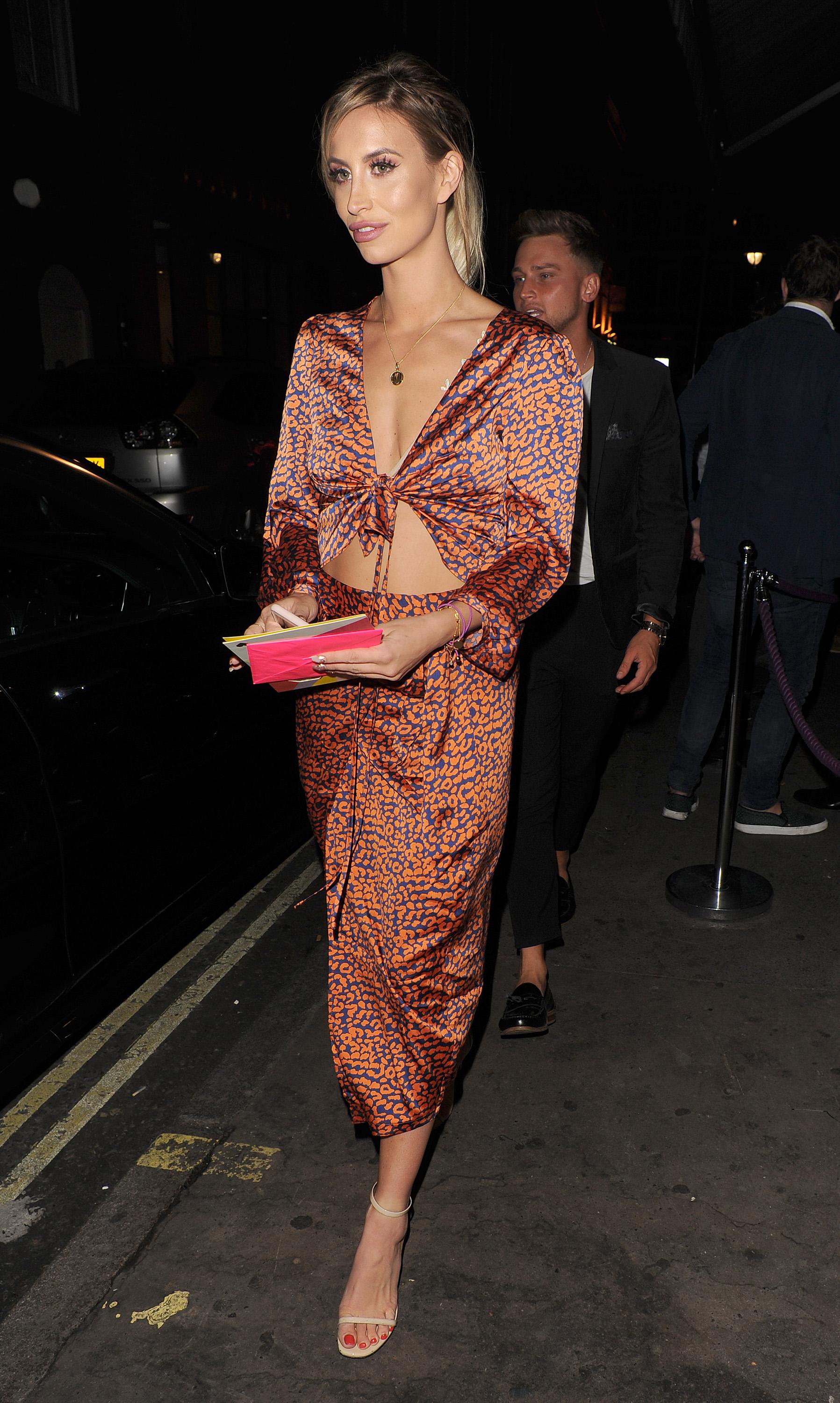 “It was a big shock to Ferne when she was excluded from Billie’s list of bridesmaids but she knows it is all down to her fall out with Sam.

“Ferne will be attending Billie's hen do in Ibiza and the wedding – though remains upset she wasn't chosen to be a bridesmaid." 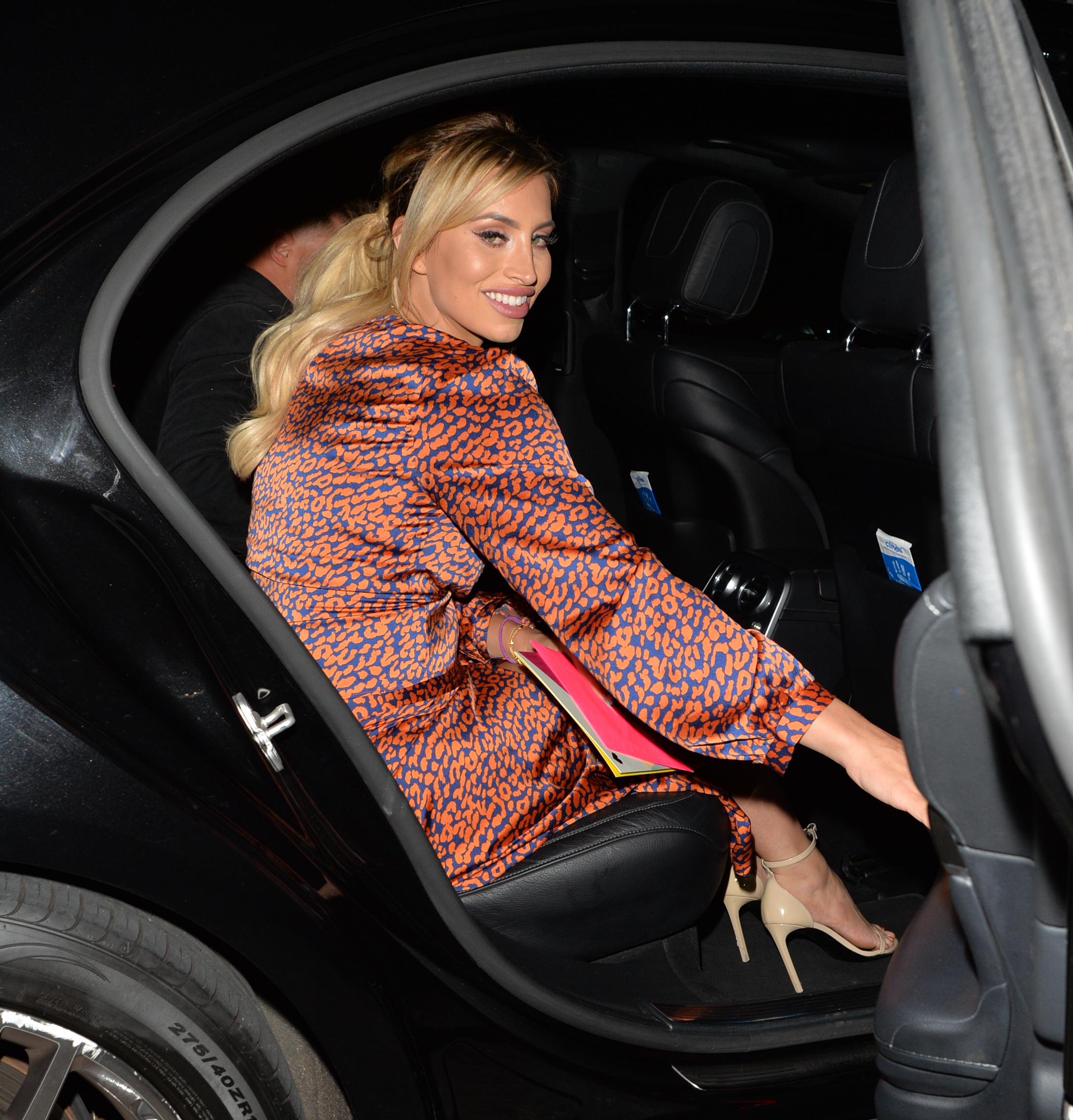 A spokeswoman for Billie said: "Any claims Billie has decided not to have Ferne as a bridesmaid because of a situation which has now been resolved between her and Samantha are totally false.

"Billie has decided she just wants her sister as her Maid of Honour and chief bridesmaid as she has so many close friends and couldn’t possibly choose between them all."

Earlier this year Ferne confirmed her friendship with Sam went downhill after she signed up to star in ITVBe show First Time Mum – rivalling her series The Mummy Diaries.

In an interview she said: “We fell out because I went ahead and filmed for this show.

“After the year I’ve had I haven’t got the energy to entertain feuds – I just want positivity around me.”