Emmy and Golden Globe-winning actress Robin Wright will be back as the president of the United States when House of Cards returns to Netflix on November 2 for its sixth and final season – just days ahead of the US's 2018 midterm elections.

There's also blood dripping from under her right hand, a visual that wasn't present in the show's similar Independence Day teaser. 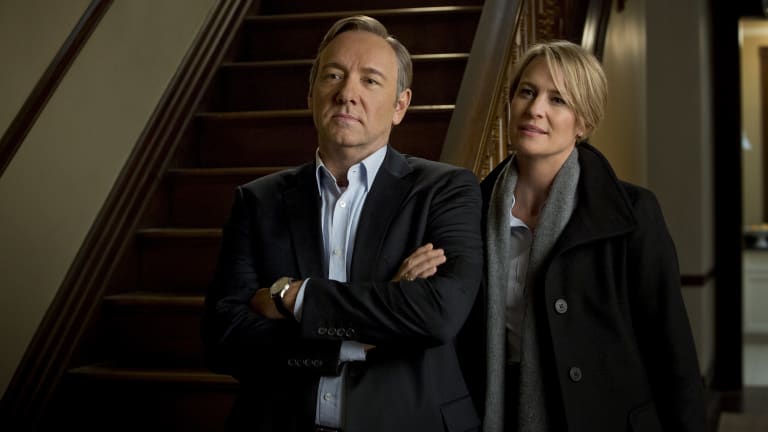 Netflix's accompanying press release with the announcement included Winston Churchill's famous quote that "history is written by the victors."

The show again alluded to the Claire-focused narrative and how showrunner Beau Willimon and his team might resolve the absence of former star Kevin Spacey, whose President Francis Underwood previously held the position now occupied by his wife.

That ominous blood could mean something after all, given that the art harkens back to Season 1's publicity materials.

Following sexual misconduct allegations that led to Spacey's ouster and an abrupt halt in production in October, the series resumed production in January.

The streaming service then announced that Oscar-nominated actors Diane Lane and Greg Kinnear had joined the cast and that Australian actor Cody Fern was added as a series regular.