Following The Sun Online's reveal of its jaw-dropping line-up, here's a look at the "best bits" of the new house, transformed with bright colours to fit its tropical theme and complete with an outdoor pool. BIG Brother has never been shy of using intense colours and bold furniture to outrageously decorate its abode – and this year is no exception.

From the moment our stars step into the house they will be greeted with two neon lightning bolts either side, guiding them down the steep stairs.

The electric blue colour transforms the tiny space, giving it an exciting feel for the celebrities who have just waved goodbye to life as they know it on the outside. ALL housemates this series share a common bond – every single one of them has been at the centre of a scandal.

And how better to escape during a particularly tough moment in the spotlight than to disappear abroad.

That's why this year's theme "Eye of the Storm" has seen the house transformed into sunny California.

The interior of the house is a paradise of tropical prints and "Hollywood Regency flair", with the exterior looking more like a Palm Springs desert retreat. 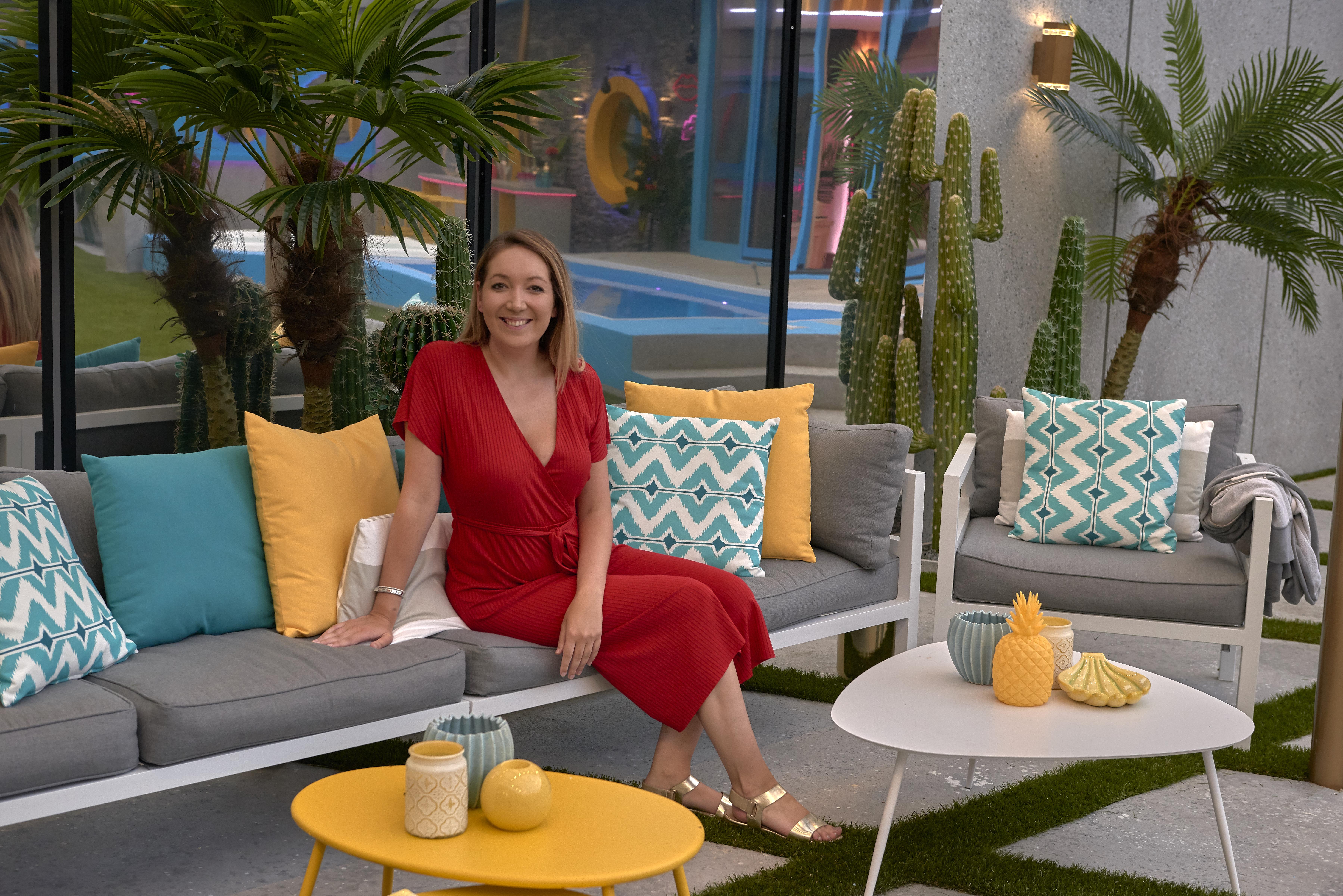 The garden effortlessly flows from the house, bringing the bright colours and fun neon lights outside with an outdoor bar, Jacuzzi and swimming pool.

There's also the smoking area – well known for being a location where gossip goes on.

It's also where a lot of arguments have ended with someone furiously puffing on a cigarette as they threaten to leave the show by whispering to Big Brother through their microphones. 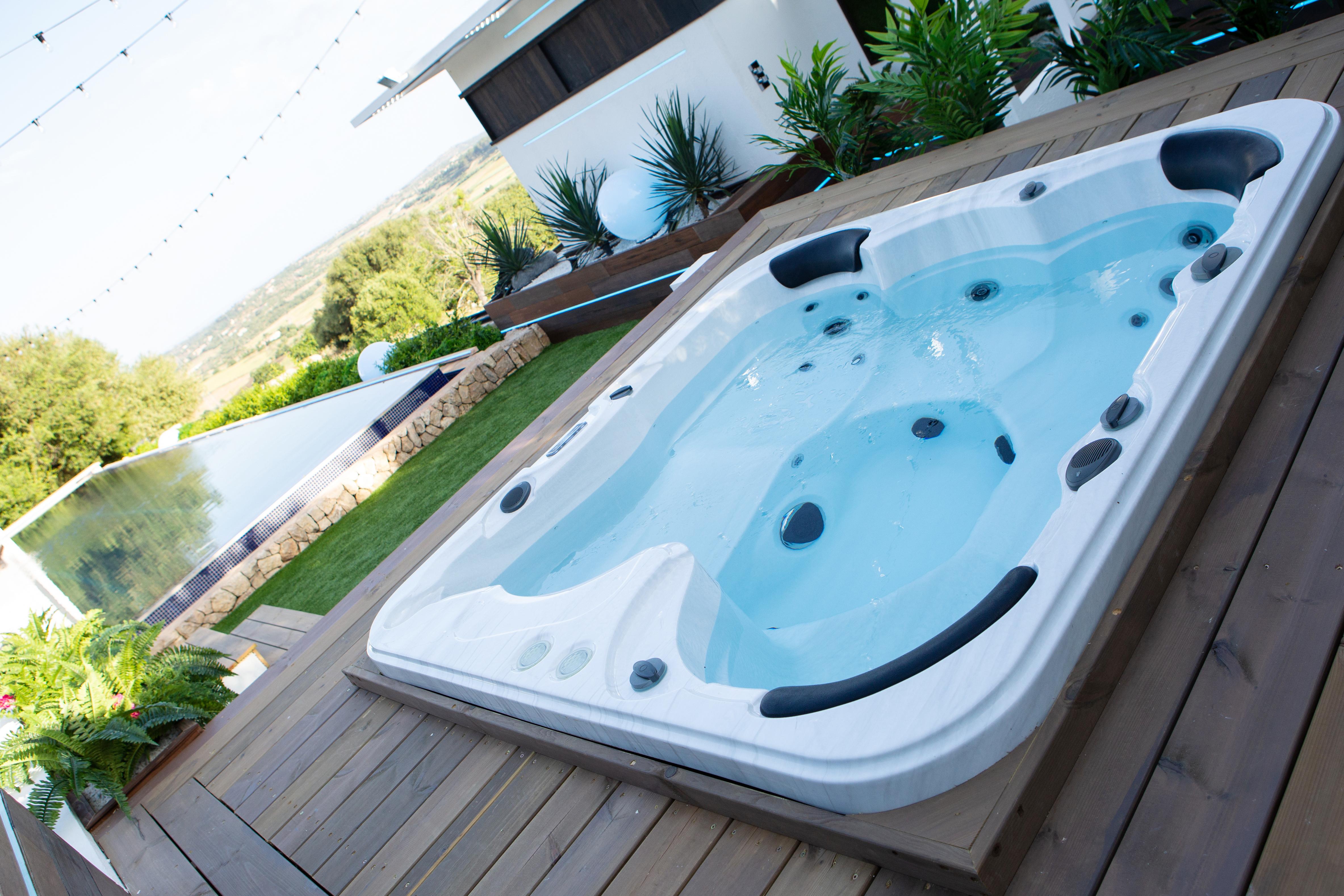 FROM the fake grass in the garden and funky outdoor bar, to its very own dressing room – it looks like Big Brother spent the summer getting inspired by Love Island.

Although CBB is without doubt the king of reality television since launching 18 years ago, bosses pushed the start date back this year to avoid clashing with the hugely popular ITV2 show. 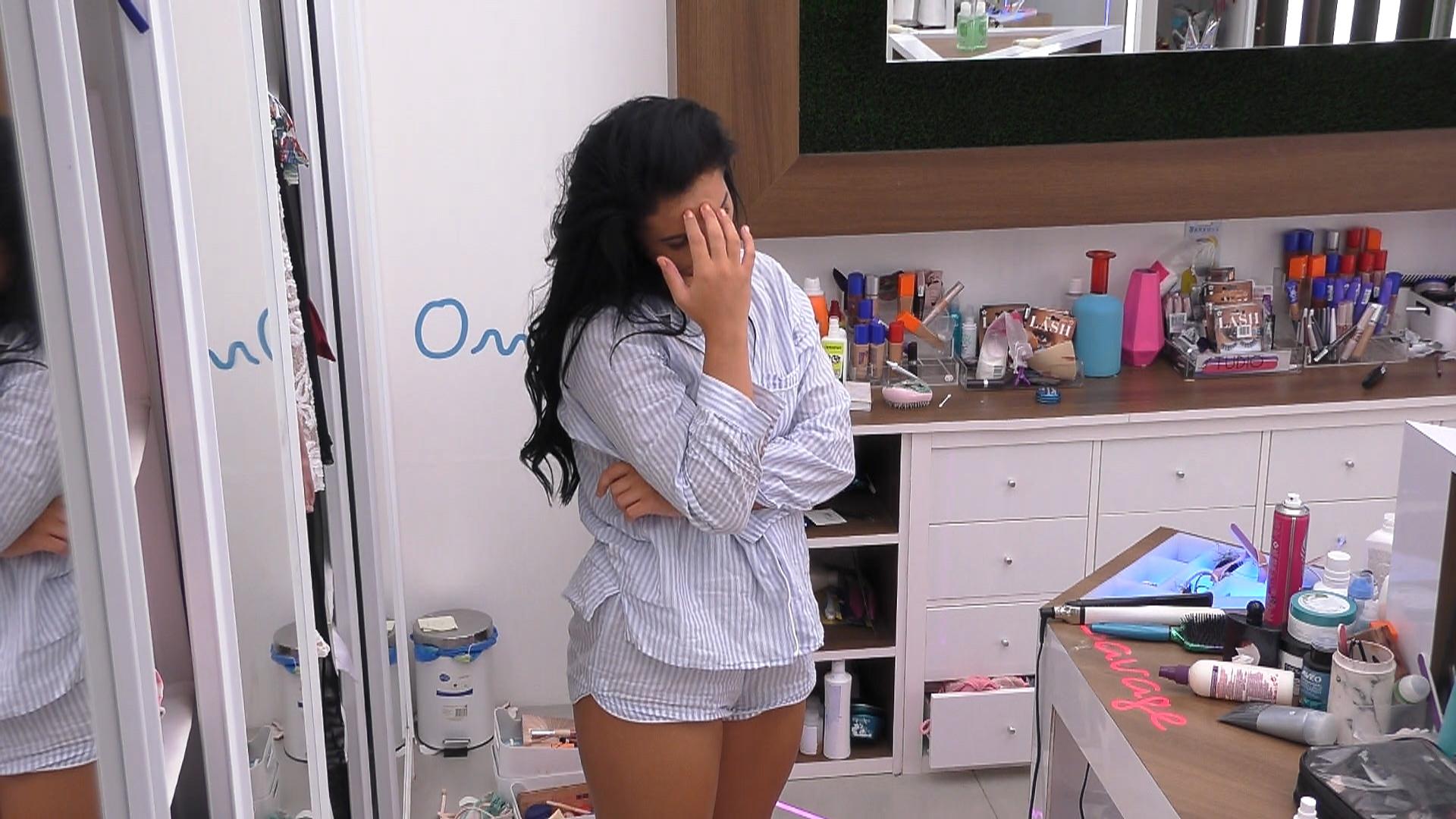 He said: "Love Island hasn't impacted the way we produce the show, we're just always looking to make the best show we can.

"We have a very experienced team, really hard working, professional who all love the show.

"We're constantly looking at ways to reinvent it.

"It's one of the few shows on television that constantly is trying to reinvent itself.

"We will be looking back for inspiration to recapture if we can, but we also want to innovate and build on what Channel 5 has done for the show." 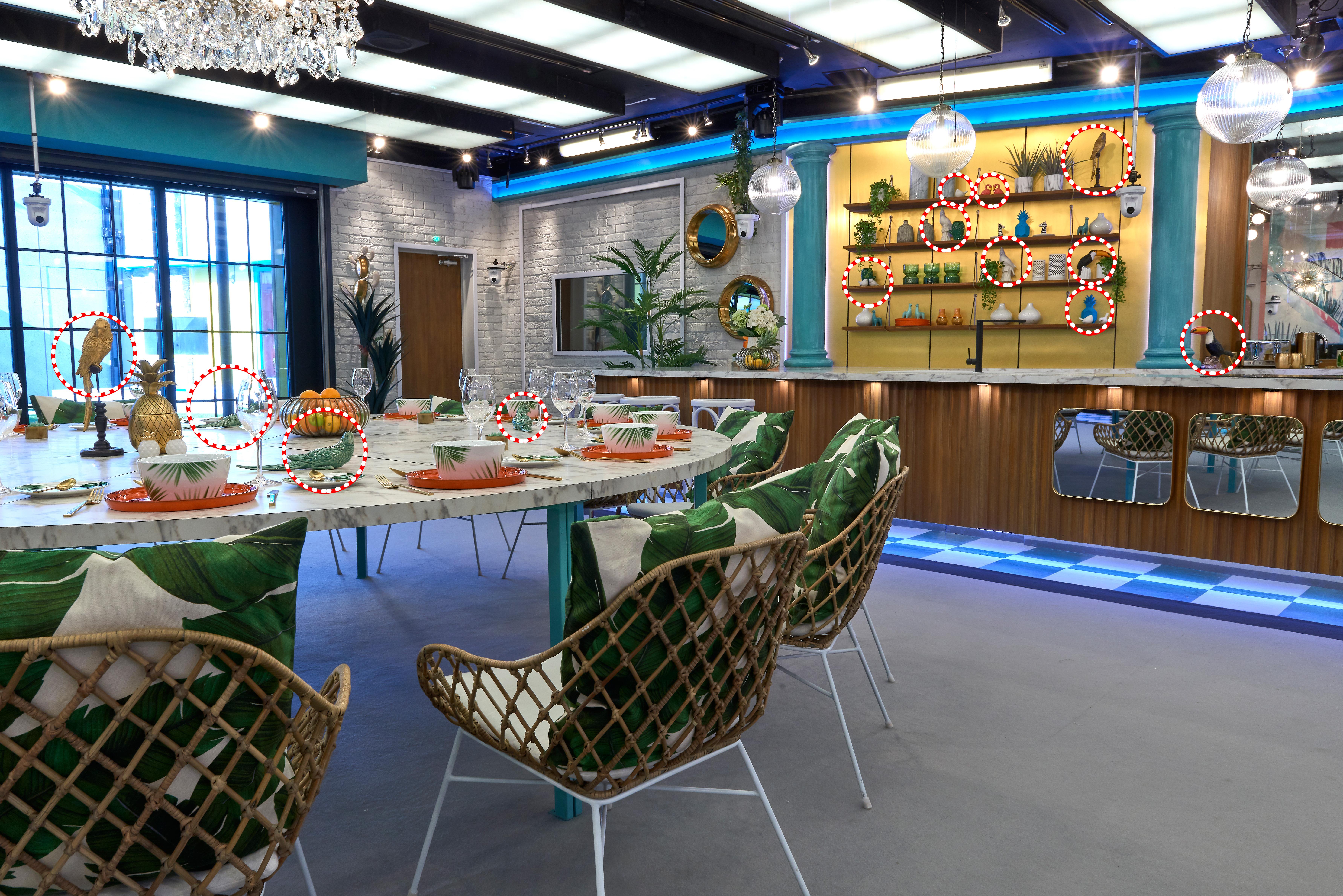 WE all know Big Brother is in charge, but it seems his right-hand man this series is none other than exotic birds.

The house is littered with colourful birds including toucans, parrots and flamingos.

They appear in the kitchen, on the dining room table and placed on shelves over the house. 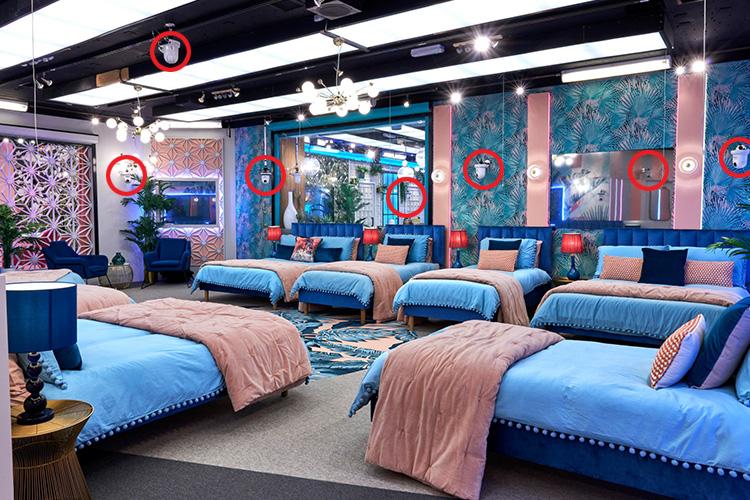 No matter how hard you try, you can't escape Big Brother

A WHOLE host of former contestants have claimed to forget they were being filmed during their long stint inside the famous house.

But there's a staggering amount of cameras plastered in every nook and cranny, it's somehow hard to believe.

Mics hang from the ceiling to catch every whisper and there's even ones in the loo – despite no footage of celebrities toilet habits being aired on TV. 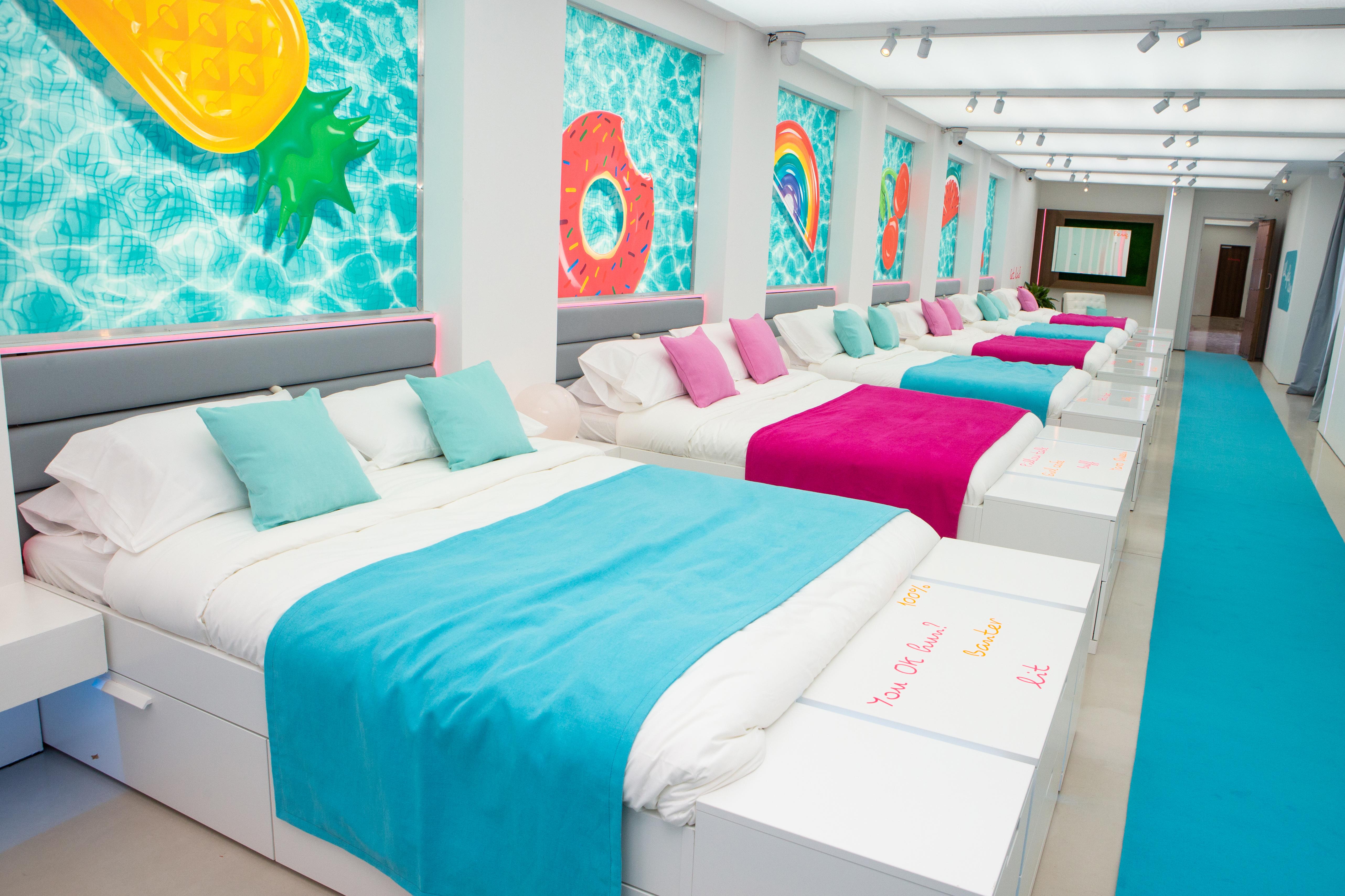 But in an exclusive chat with us last week, Rylan revealed: "Big Brother is one of the only real reality shows that are left.

"Big Brother is the only reason these shows like [Love Island] are happening now.

"I've got every faith that BB could be the biggest show on telly.

"It will never mislead. It will always tell the fairest story across the hour we've got on TV." 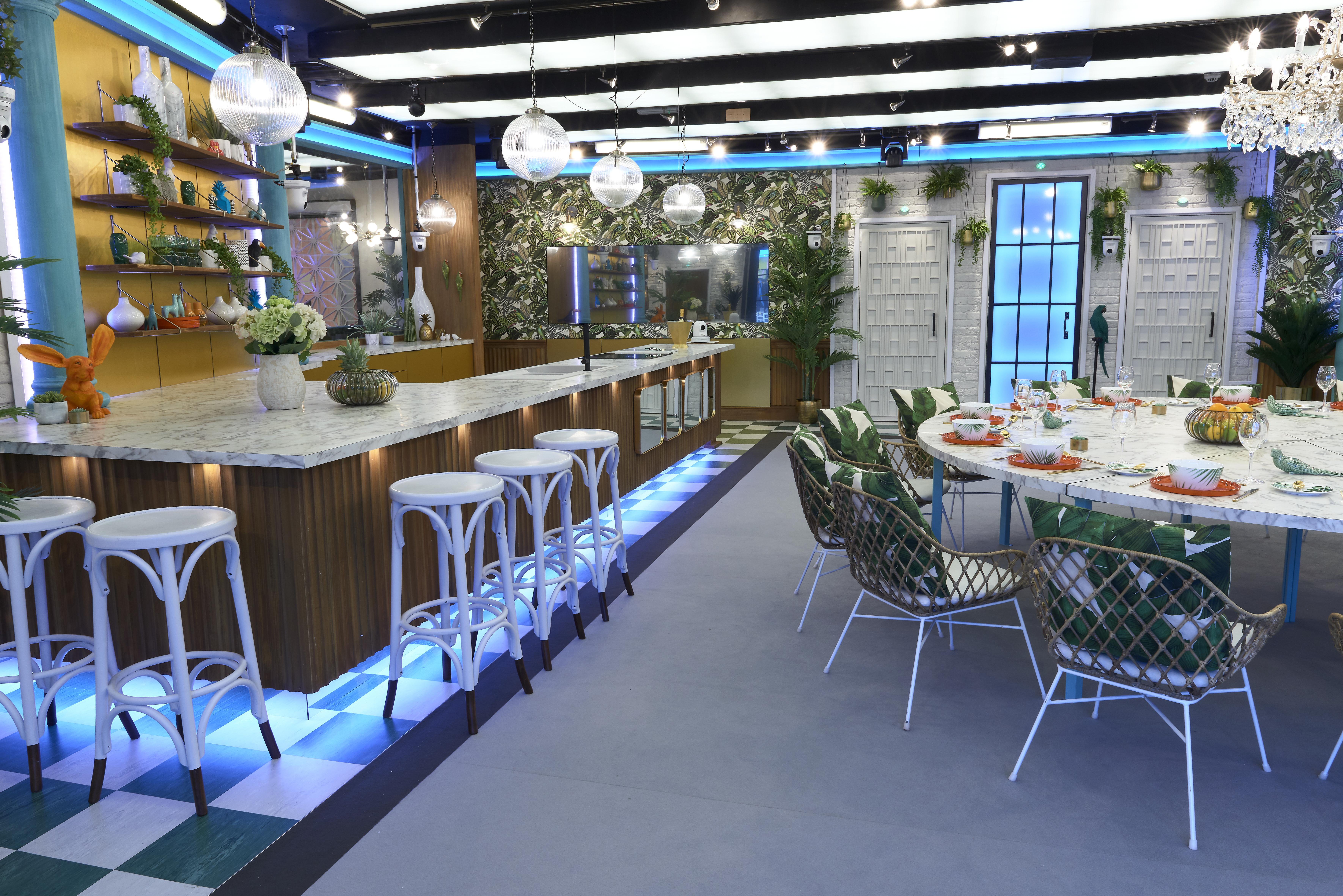 If you can't stand the heat, get out of the kitchen

WHEN Big Brother opened its doors for a select few to see behind the scenes before its launch on Thursday, many were surprised by the temperature in there.

As soon as you walk in a blast of hot air hits you in the face – and if kept in there for a prolonged amount of time it's no wonder tempers reach boiling point!

But as Rylan explained on a tour of the house, Big Brother controls everything – and it all comes down to what he wants.

If housemates have been breaking Big Brother's rules, they can expect to suffer the consequences.

In the past celebrities have been forced to eat basic rations if they've lost the shopping task.

And it's always up to Big Brother to decide how much alcohol they'll be drinking every night.

"We're not preventing them from drinking alcohol. It's always closely monitored." 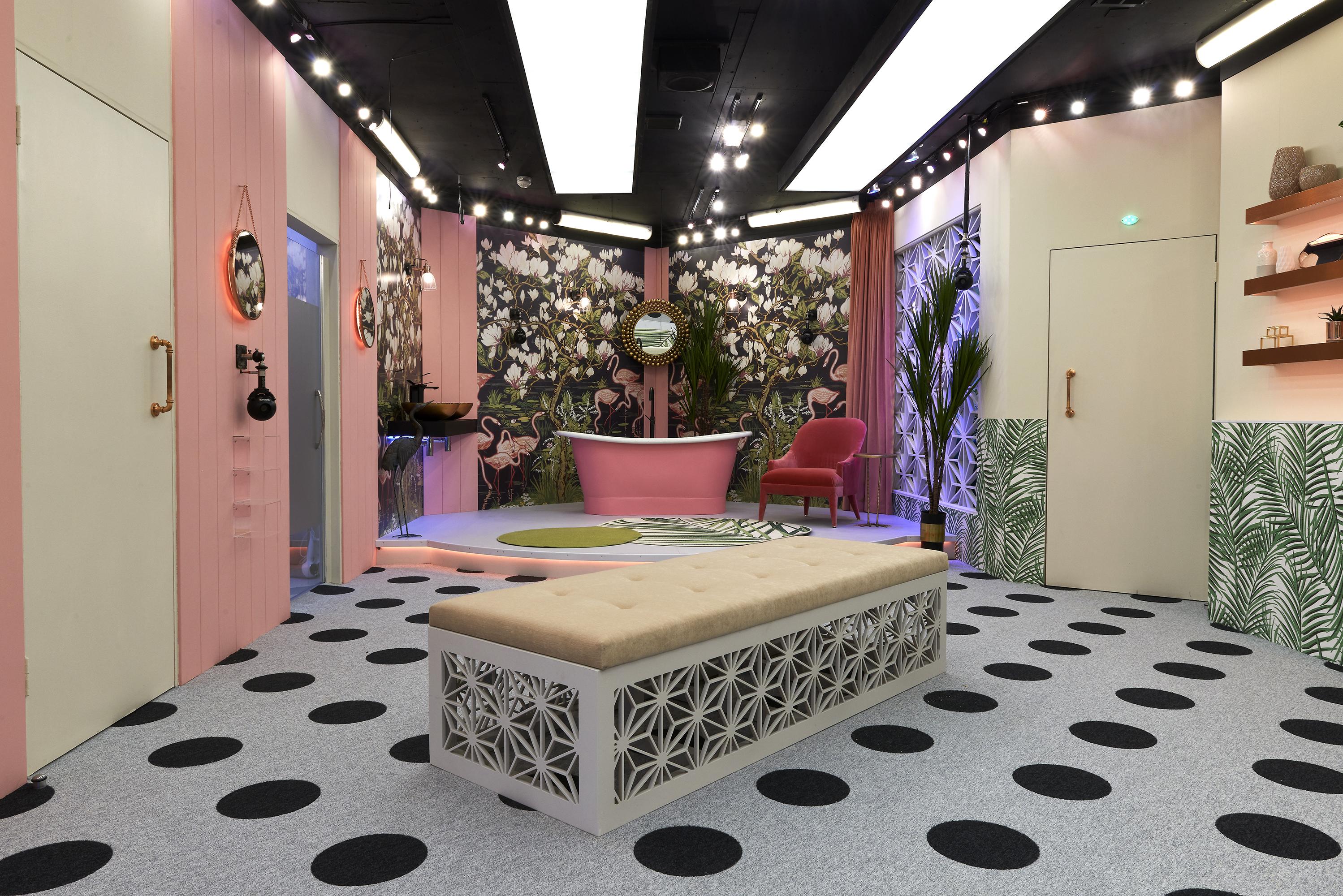 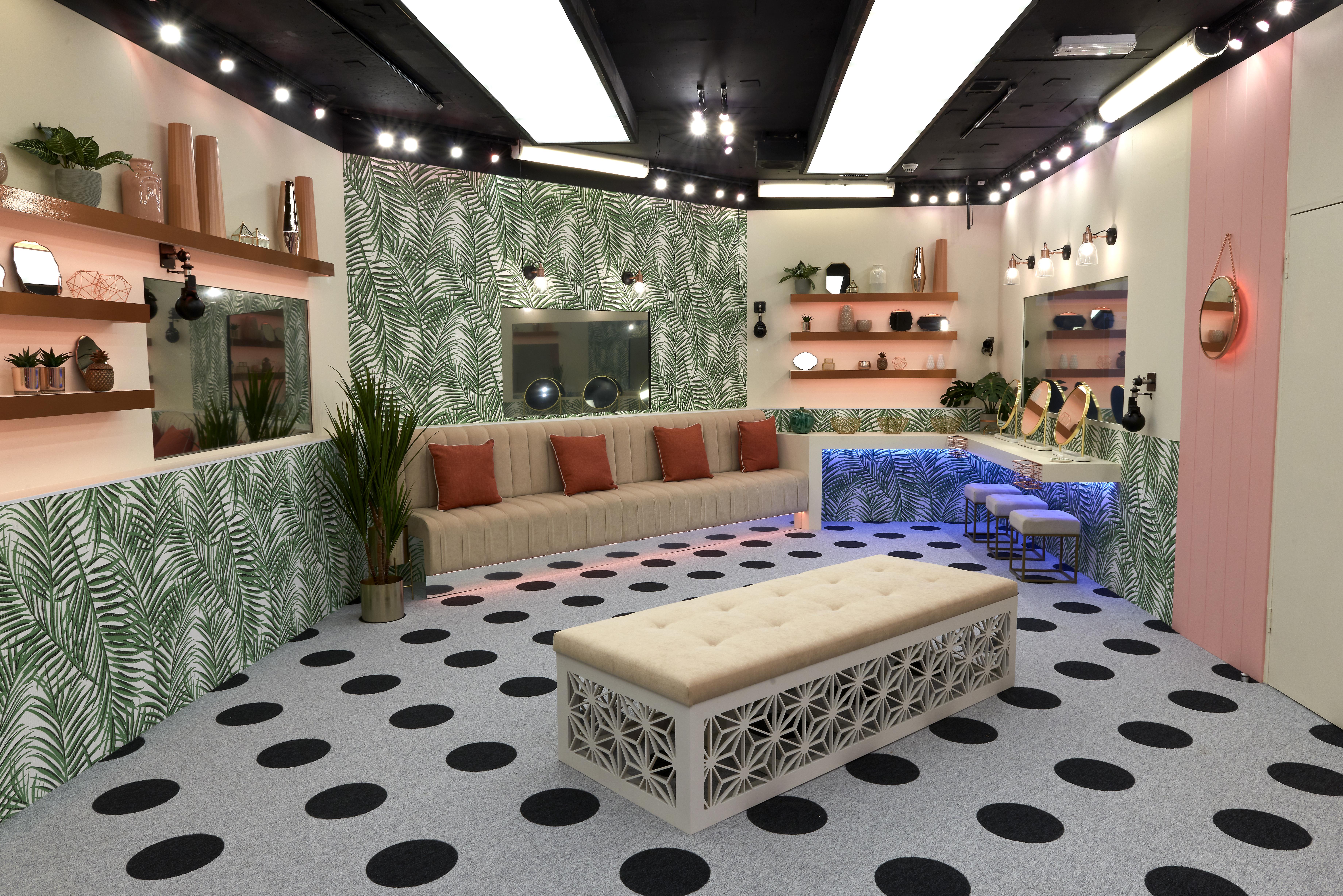 In old school Big Brother-style, the lounge area has its own area behind glass doors.

It means there will be a natural split between those who spend most of their time in the kitchen – and those who try to sneak in a nap on the sofas.

There's also a huge bathroom designed to encourage chatter while bathing and is extra space for housemates to escape the main areas of the house.

Rylan revealed to us last week: "It's a brilliant-looking house. It's quite different to the Eye, but there's still elements of the Eye there.

"I think it's safe to say there's some changes that have happened, but not just licks of paint." 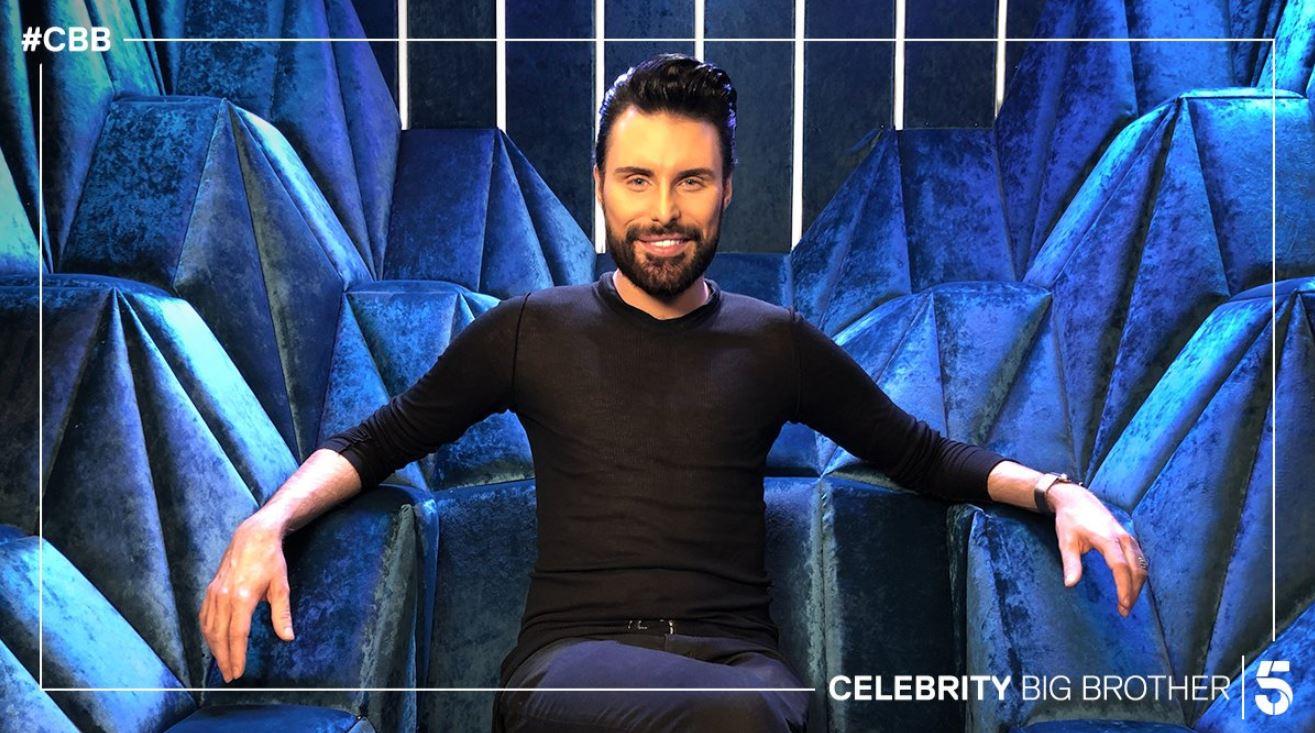 The Big Brother chair is being kept under wraps

ALTHOUGH fans have been able to see the majority of the house ahead of its launch on Thursday, bosses have kept the Celebrity Big Brother chair hidden from sight.

That means we don't know how the iconic chair of summer 2018 series will compare to the last.

Over the past 18 years Big Brother has been forced to get tough with its misbehaving housemates – and even had to throw some of them out the back door. 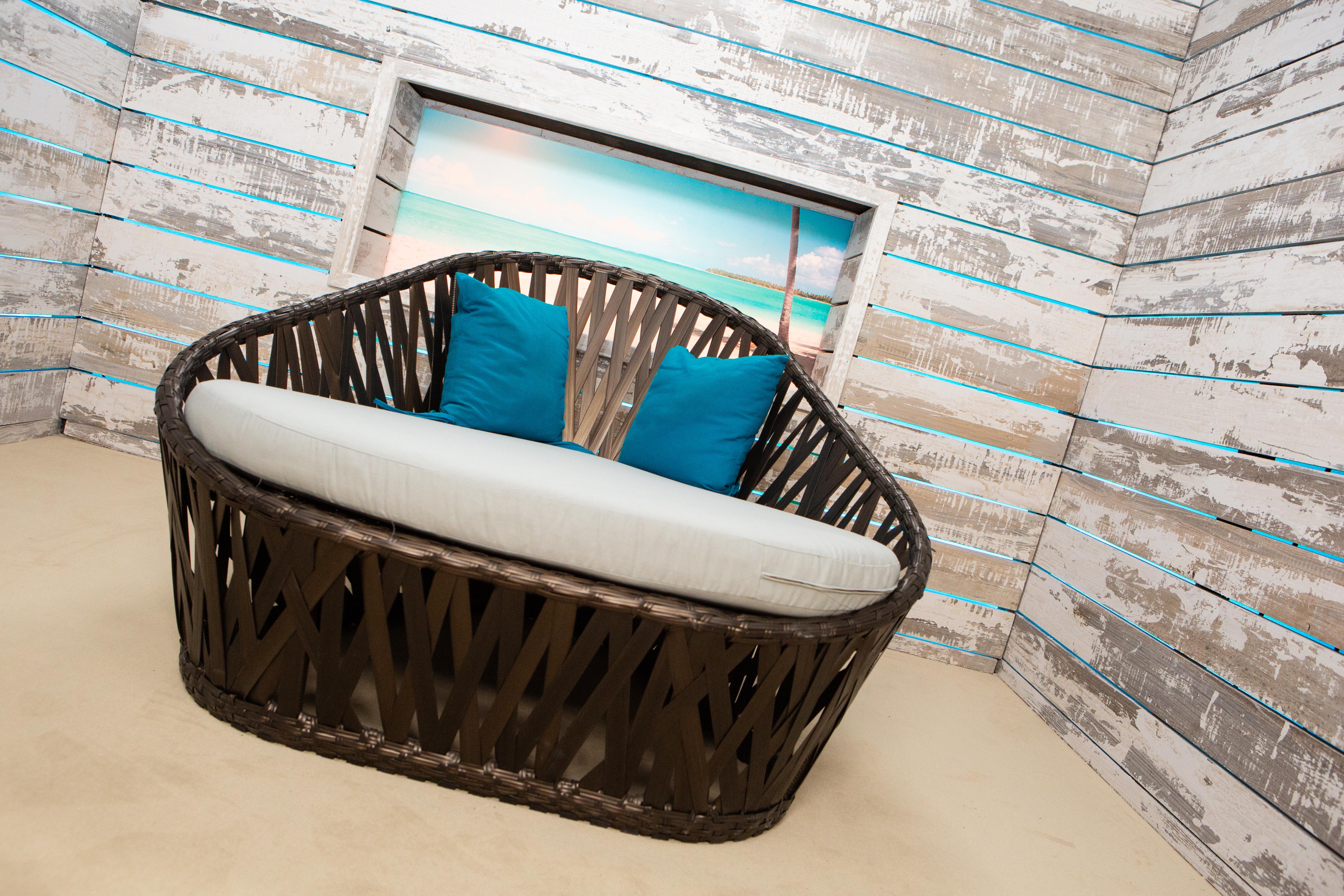 But most of the time Big Brother is there to lend a friendly ear to celebrities who are struggling to cope in the situation.

There are even psychologists on hand for contestants to talk to if they are feeling overwhelmed.

Creative director Paul added: "We've always had an incredibly robust welfare system in place, both for celebrity and civilian and we will continue to do so."