Any Game of Thrones fan who believes they knew Arya Stark (played by Maisie Williams) would be the Night King (Vladimir Furdik) slayer is living a lie.

The move quite literally came as a shock to worldwide viewers and probably to many characters in the actual show when they finally learn what the little hero did.

Arya, who is believed to be 18, in the world of Thrones fully came of age in The Long Night when she finally worked out the reason she had been training as “No One” throughout her time on the show.

While the Night King threateningly went to kill Bran Stark (Isaac Hempstead Wright), he wasn’t expecting the warrior to creep up behind him and attack when he wasn’t looking.

Yes, it was a triumph for all of the Westerosi survivors, but also it went someway to clawing back the reputation of Game of Thrones.

It’s a well-known fact the fantasy epic hasn’t always had a feminist-friendly portrayal of females. The discourse for the first couple of seasons saw women largely in lesser roles. They are prostitutes, seamstresses, and wannabe-queens, while the men in the show are largely heroes, warriors and leaders.

Game of Thrones garnered a lot of criticism for its portrayal of women, especially considering there was a disproportionate amount of female versus male nudity in a a programme that never shies away from showing absolutely everything; only a small handful of penises are shown whereas breasts and full-frontal female nudity is commonplace.

While it has had its faults, Game of Thrones has certainly gone some way to deflecting them in the latest seasons, without a doubt.

For a large proportion of the latter half, the action has been centred on two queens, Daenerys Targaryen (Emilia Clarke) and Cersei Lannister (Lena Headey), who have overcome male oppression and the male line of succession in order to become leaders of their respective areas. Sure, the upcoming episodes are going to see two women pitted against each other, but look how far we’ve come.

Not only that, but during the Battle of Winterfell it was women who made the main breakthroughs of the episode. 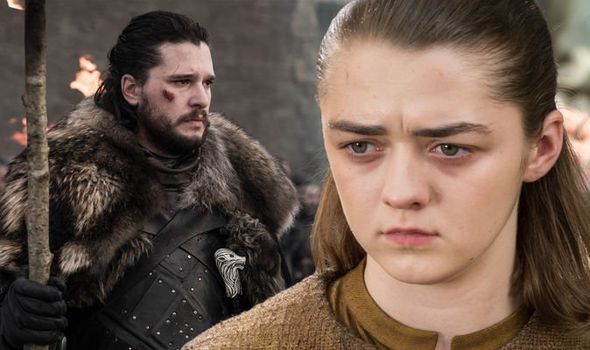 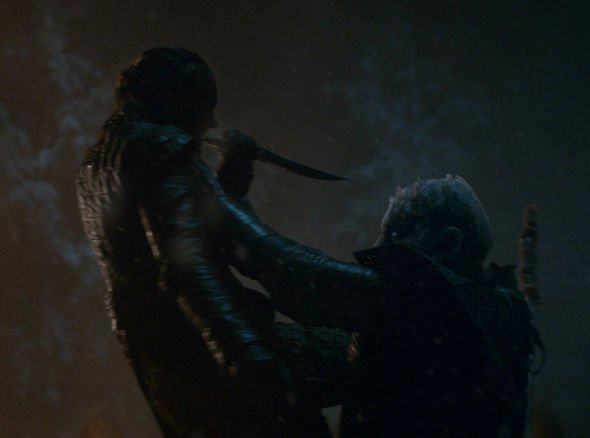 Coming to Arya in a little bit, the episode also showcased other strong females who managed to step in where a man couldn’t.

When a giant stormed the Winterfell gates, who was on hand to slay him? Not Tormund Giantsbane (Kristofer Hivju), the man who is credited with killing the creatures on numerous times, but literally tiny Lyanna Mormont (Bella Ramsey). The young leader only had an army of 63 to her name but she stepped up when her northern partners needed her the most. Sacrificing her own life for the cause, Lyanna died a hero’s death.

Later on, queen Daenerys was forced to pick up a knife and fight for herself. Sure, Jorah Mormont (Iain Glen) died looking out for her, but the fact was a woman – arguably the strongest woman – proved her capabilities on the field.

Melisandre (Carice Van Houten) returned to The Long Night to serve her purpose as a hype woman and convince Arya to head to kill the Night King. Her incredible foresight sent Arya on her mission and she was part of the reason the villain died.

Then there’s Arya herself. The noble-born female had shunned her given role in the Stark household and planned to live a warrior’s life but once separated from her family, she ended up going on an incredible journey.

Arya trained with Jaqen H’Ghar (Tom Wlaschiha) in season six where she aimed to become “No One”. Using a variety of disguises and tactics, she learned how to go completely unseen and took the lives of her darkest villains. 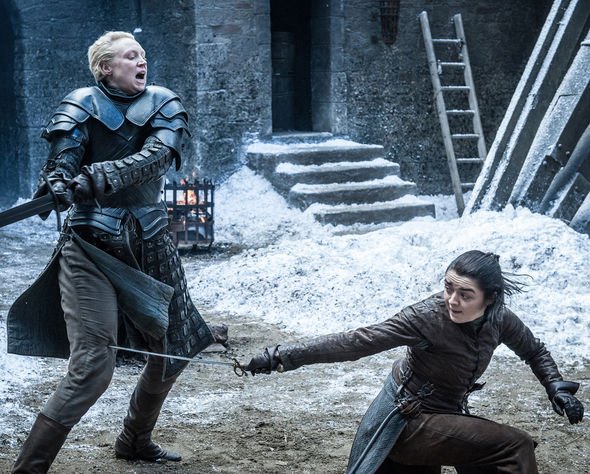 Although many – me included – were dismayed by the scenes and at times bored by the constant and monotonous training. However, now The Long Night has aired, it seems her warrior’s tale was never more important.

Arya quite literally popped up from nowhere and pounced onto the Night King’s back. While he held her by the throat, she dropped her knife down to her spare hand and stabbed him – as easily as that.

Now, it was most definitely a shock for fans but also a shock for the villain, who hand’t been expecting young Arya to be the one to kill him.

Furthermore, it was a feminist triumph for Game of Thrones, who proved actually, over the space of eight seasons, women had been clawing away at the top powers.

While yes, not perfect, the HBO show reads as somewhat an allegory on society today. We still have a long way to go before true equality is seen in society and so does Game of Thrones. But hey, it’s a pretty good start seeing unassuming Arya using her band of sisters and eventually saving the day.

Let’s hope the rest of the series follows suit and sees a truly equal Westeros.

Game of Thrones continues Sunday on HBO in the USA and the following day on Sky Atlantic and NOW TV in the UK.