Game of Thrones‘ Emilia Clarke, Lena Headey and a host of other stars have given gender stereotypes in Hollywood a battering.

The actresses, who appear alongside the likes of Gemma Arterton, Felicity Jones and Gemma Chan, feature in a new BBC comedy short, in which they mock the treatment of women in the film industry.

Titled Leading Lady Parts, the 10-minute short sees the actresses audition for a serious role, but they are told to act more sexual, add more makeup and take off their clothes.

One scene sees Clarke asked to cry ‘sensually’ and ‘sexually’, or like she’s in a shower, despite reading a dramatic line.

In another, the casting agent, played by Catherine Tate, scoffs when Felicity Jones suggests her character should be “pretty intelligent”.

When Headley arrives for her audition, she is instantly dismissed being as too old to play a ‘leading lady’, with the casting agents stating they’re not looking for ‘leading lady’s mum’.

And black actress Wunmi Mosaku is mistaken for a coffee runner before being told that the auditions for Black Panther Returns is in the next room.

The short ends with Tom Hiddleston simply walking into the room and immediately being cast as the leading lady, despite being a man. Gemma Chan then walks past a series of female-led film posters in which Hiddleston has been cast in the leading role.

Explaining how the short came to be, Arterton previously told the LA Times: “It was just women in a room, chatting – we felt everything was very serious, there were really big issues being spoken about. 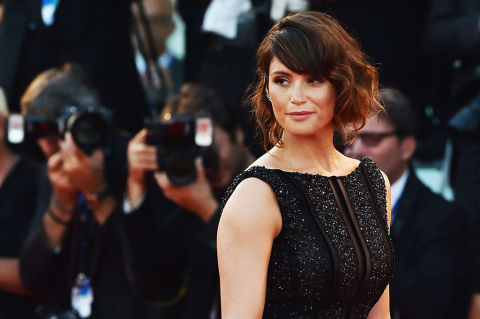 “We felt it would be fantastic to do something light-hearted and more comical that got the message out without beating anyone over the head.”

On the subject of #MeToo, Lindsay Lohan recently claimed that the movement is making women look “weak”, while Jodie Foster described it as a “transitional period”.