The thriller, titled Survive, is an adaptation of the Alex Morel novel of the same name and will debut on new streaming platform Quibi. 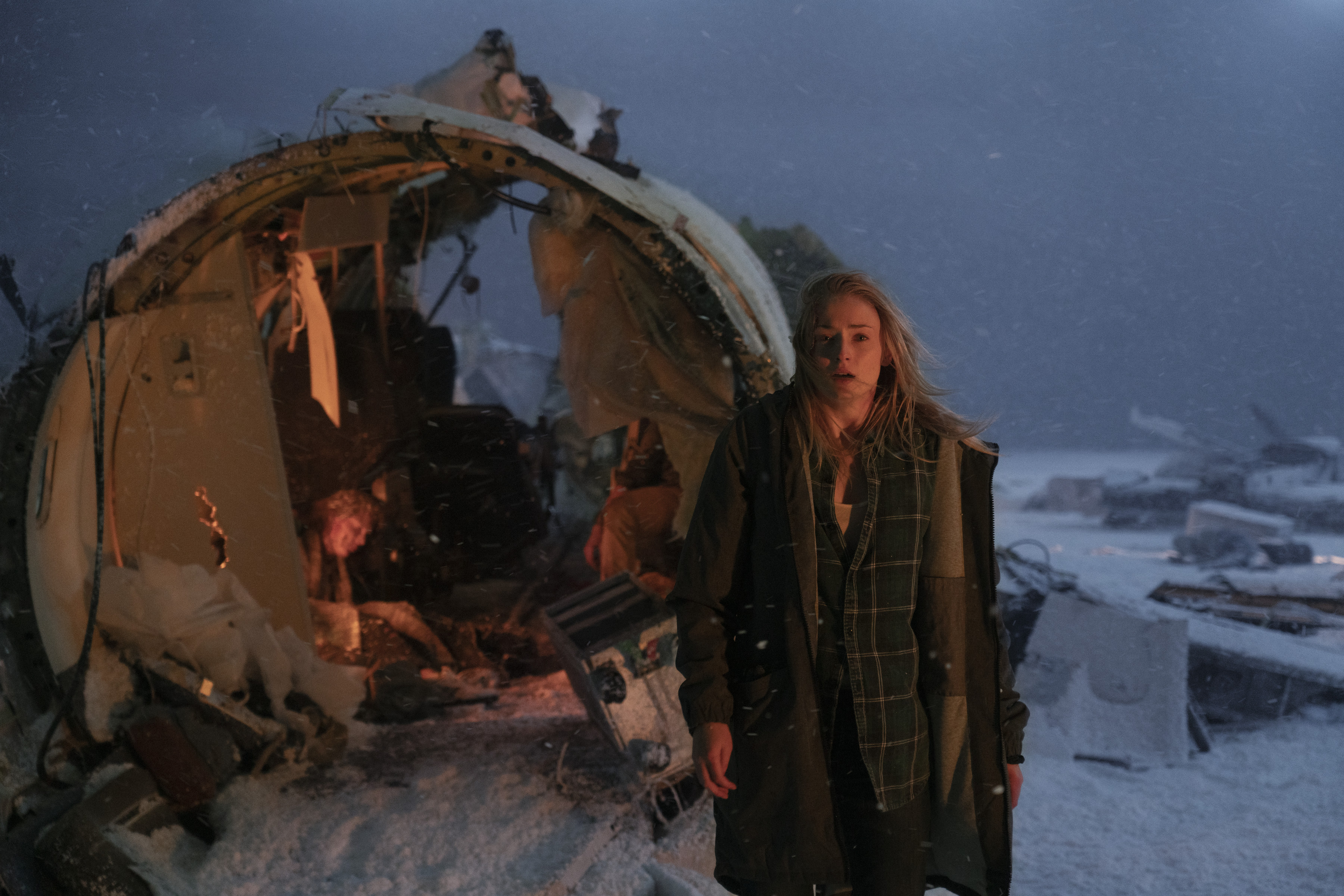 The 23-year-old plays Jane, a suicidal woman from New Jersey who is released from a mental health facility, only to endure the flight from hell.

On her trip home, the plane veers into a snowy mountaintop, leaving her stranded alongside just one other survivor, Paul, played by Corey Hawkins of Straight Outta Compton fame.

The footage sees her locked in a toilet as her plane crashes into a cliff-face, leaving it reduced to fiery wreckage.

The pair end up attempting to descend the icy peaks, with Sophie covered in blood and ready to give up in one emotional moment. 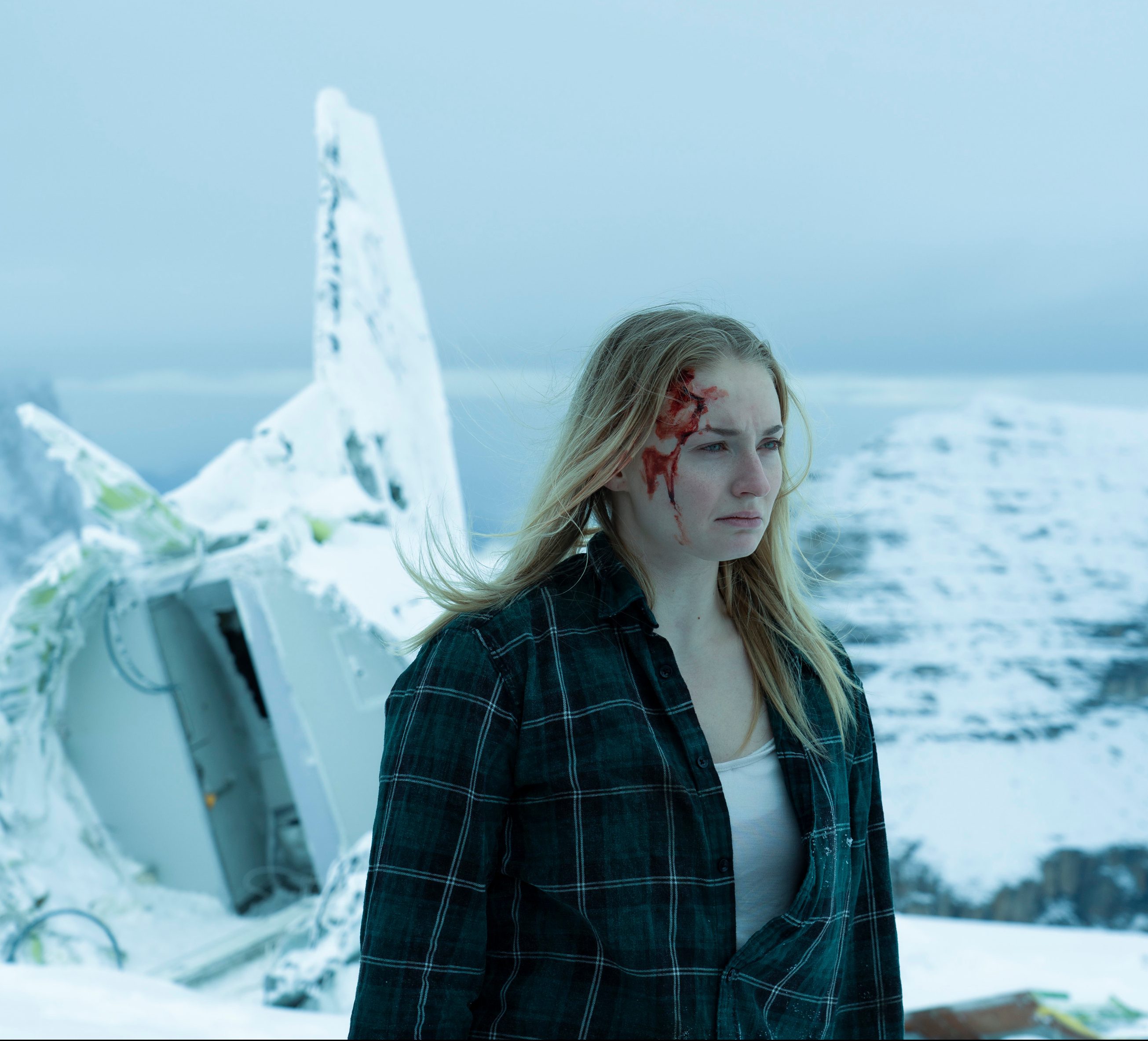 In a series of early scenes Jane is seen receiving psychiatric help for severe depression, so suffice to say she is already struggling when she faces the horrific ordeal.

"I couldn't be more honoured to portray the role of Jane in Survive for Quibi," Turner said of the opportunity.

"She's a complex character fighting against the odds to not only save her life, but to also find her own source of strength and courage.

"I only hope this can impact anyone struggling with self-worth to understand they are braver than they know and to seek the support they need." 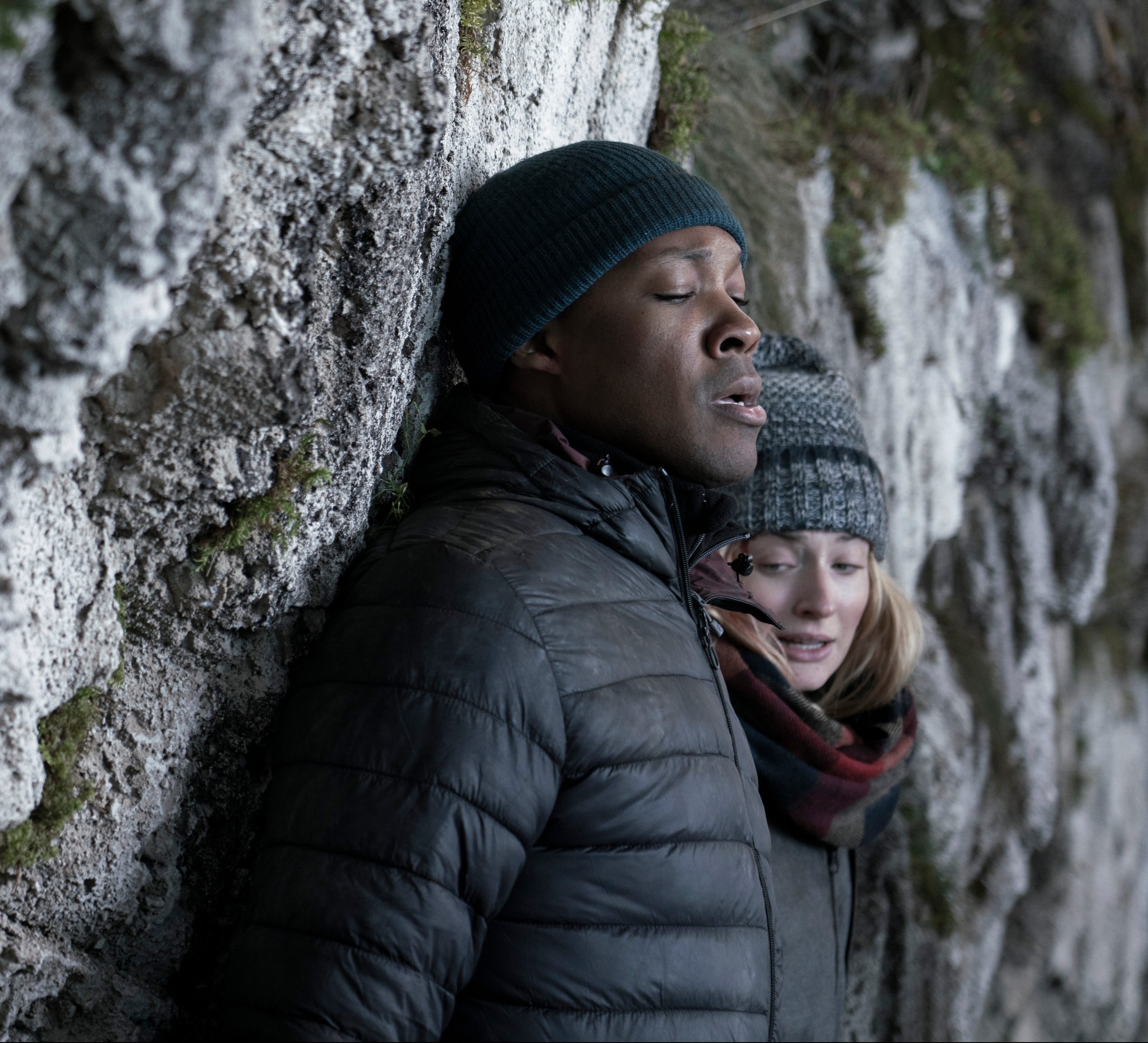 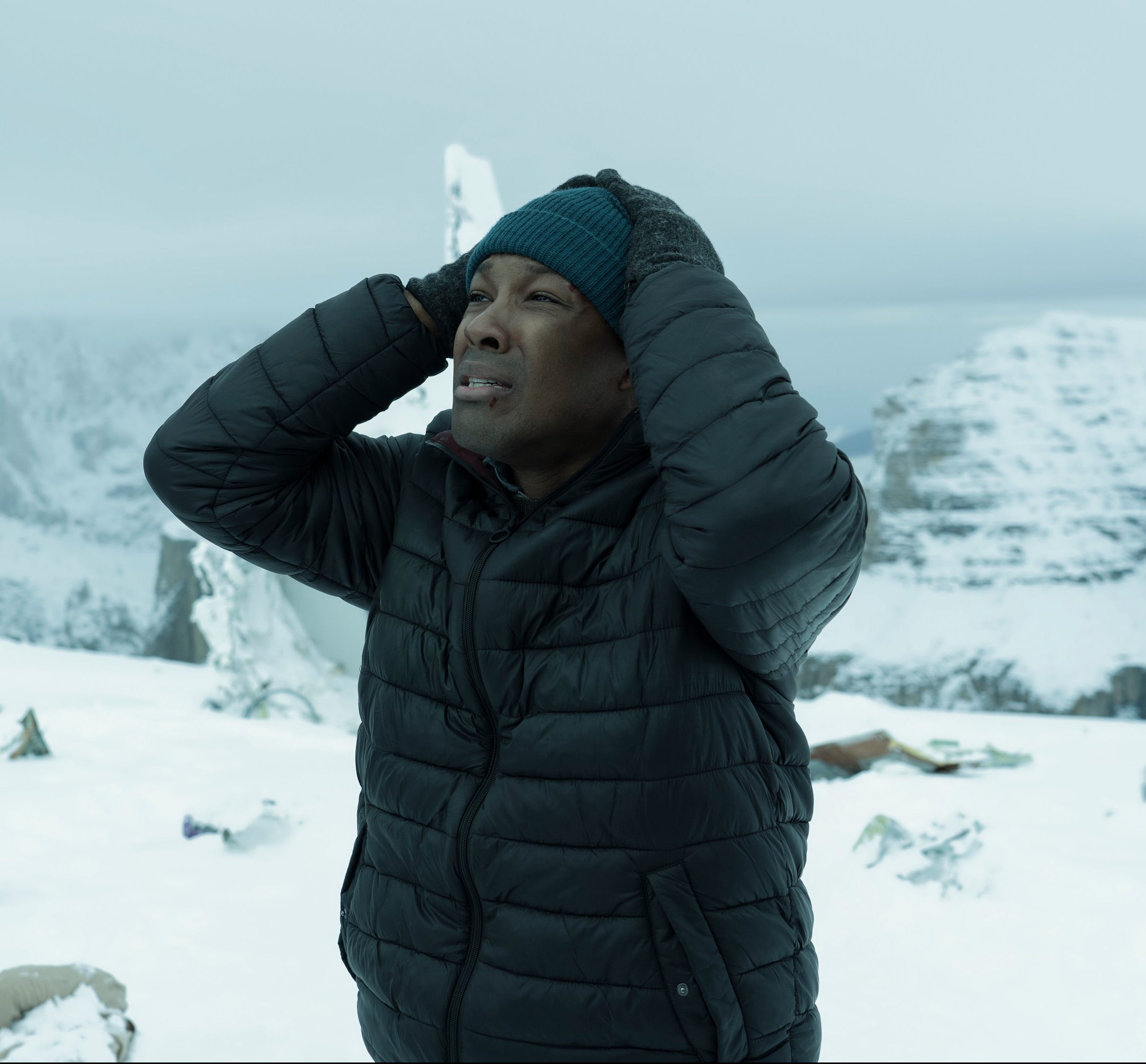 Producer Van Toffler said: "After reading the script, it was clear that we’d need to find the right artist to take on the lead role in Survive, and we couldn’t be happier than to have Sophie starring, who brings a high calibre of talent to the table.

"I'm also thrilled to be making a movie with Mark Pellington, who had the office next to me at MTV in the '80s and has grown to be an exceptional director." 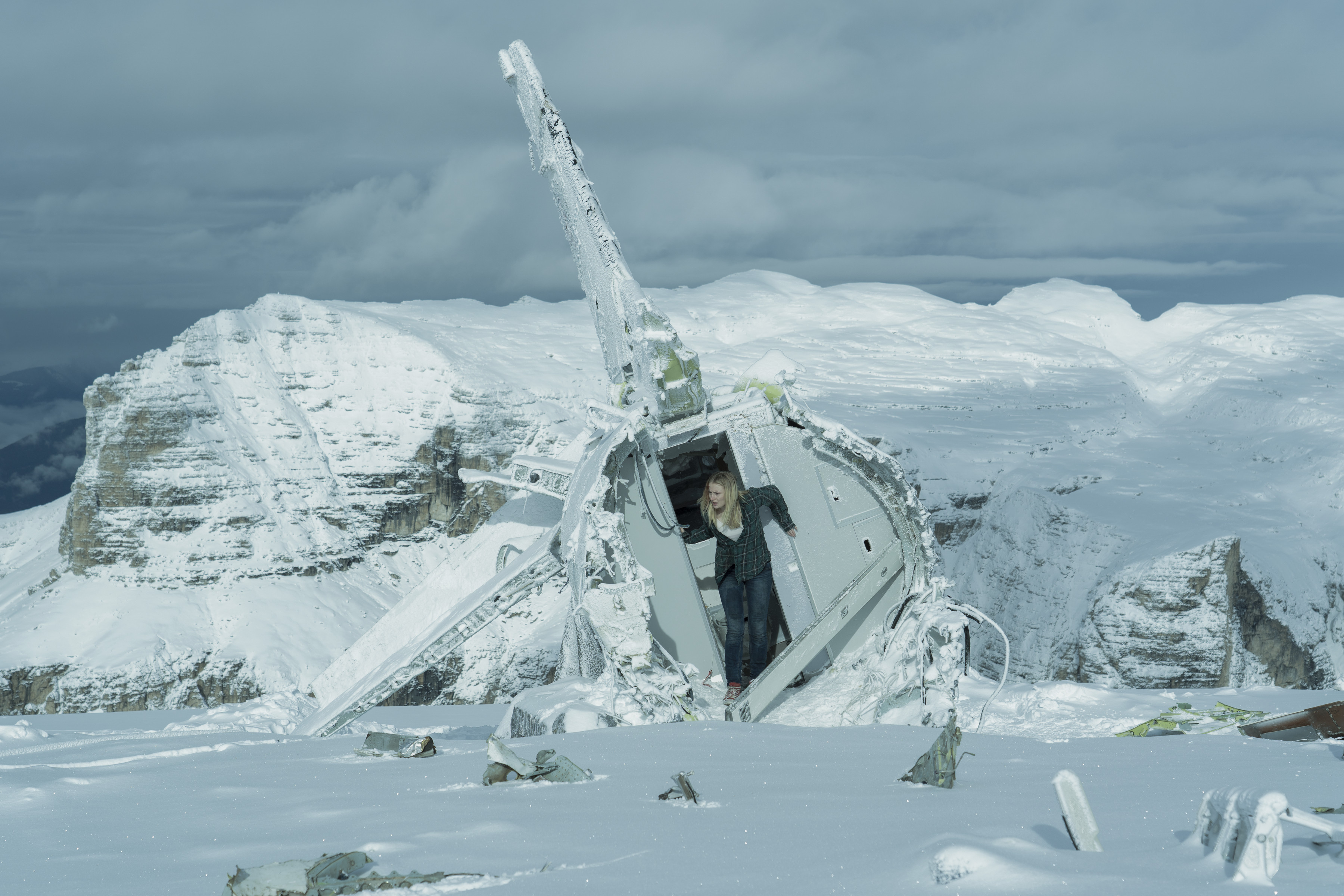 The former Lost star revealed she wouldn’t be self-isolating because she values “freedom.”

Turner, 24, hit out at Evangeline’s claims and branded the decision “f***ing stupid” during an Instagram Live yesterday.

Although Sophie was careful not to mention the 40-year-old by name, the TV star made it clear who she was referencing as she urged her fans to shun “freedom” and self-isolate.

Survive will debut on Quibi on April 6.