We can’t wait for the new series of The Great British Bake Off, the happiest and most heart-warming show on TV.

But we’ve been warned to expect some tears, as one contestant suffers a “terrible” experience.

Speaking to The Guardian, Prue Leith teased the scene, saying: “When you get the Hollywood stare, you never know what he’s going to say, whether it’s ‘it’s terrible’ or whether he’s going to put his hand out and give them a handshake.

“Recently, one of the contestants was really crying, because everything had gone wrong and it was terrible. 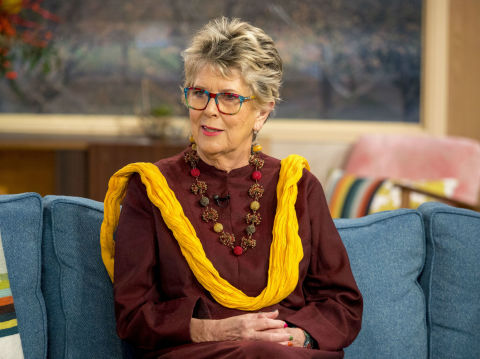 “And Paul said the flavour was fantastic, it was a really imaginative thing, well done. Then he said: ‘But it was shite.'”

Strangely enough, that comment turns their crying into laughter, apparently. Who knew that Paul’s no-nonsense comments actually could cheer people up?

Last year’s contestant Yan Tsou recently gave new and future contestants a word of advice, and it wasn’t actually ‘stay away from Paul’.

The new series of The Great British Bake Off is due to start soon on Channel 4, and Paul Hollywood has claimed that it will go back to basics with a few changes to the format this time around.

As well a new Bake Off, Channel 4 have gone and given fan favourite contestant Liam Charles his own six-part series where he will try and get the nation baking.