In upcoming scenes from her new ITVBe show Diva Espana, the Towie star, 37, dramatically asked for help at the check-in desk. 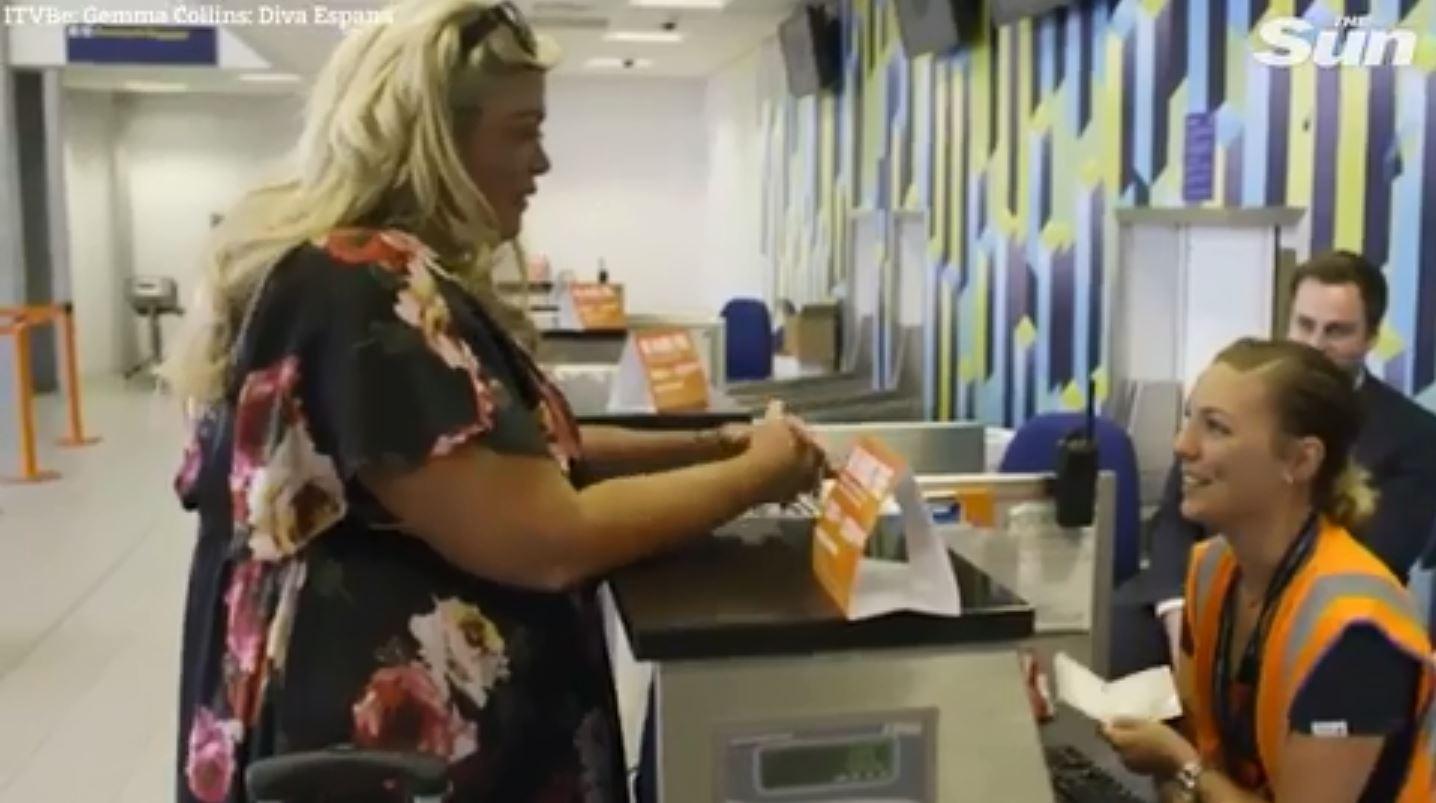 In a clip from the new reality TV show, Gemma is seen speaking to an easyJet employee who is trying to stifle a laugh.

She said: "So I'm going to Marbella, but I need urgent medical assistance.

"I've got a boil, and I'm worried it's going to burst on the plane. Can that happen? Has it happened before?"

The reality TV star then proceeded to place her suitcase on the conveyor belt. 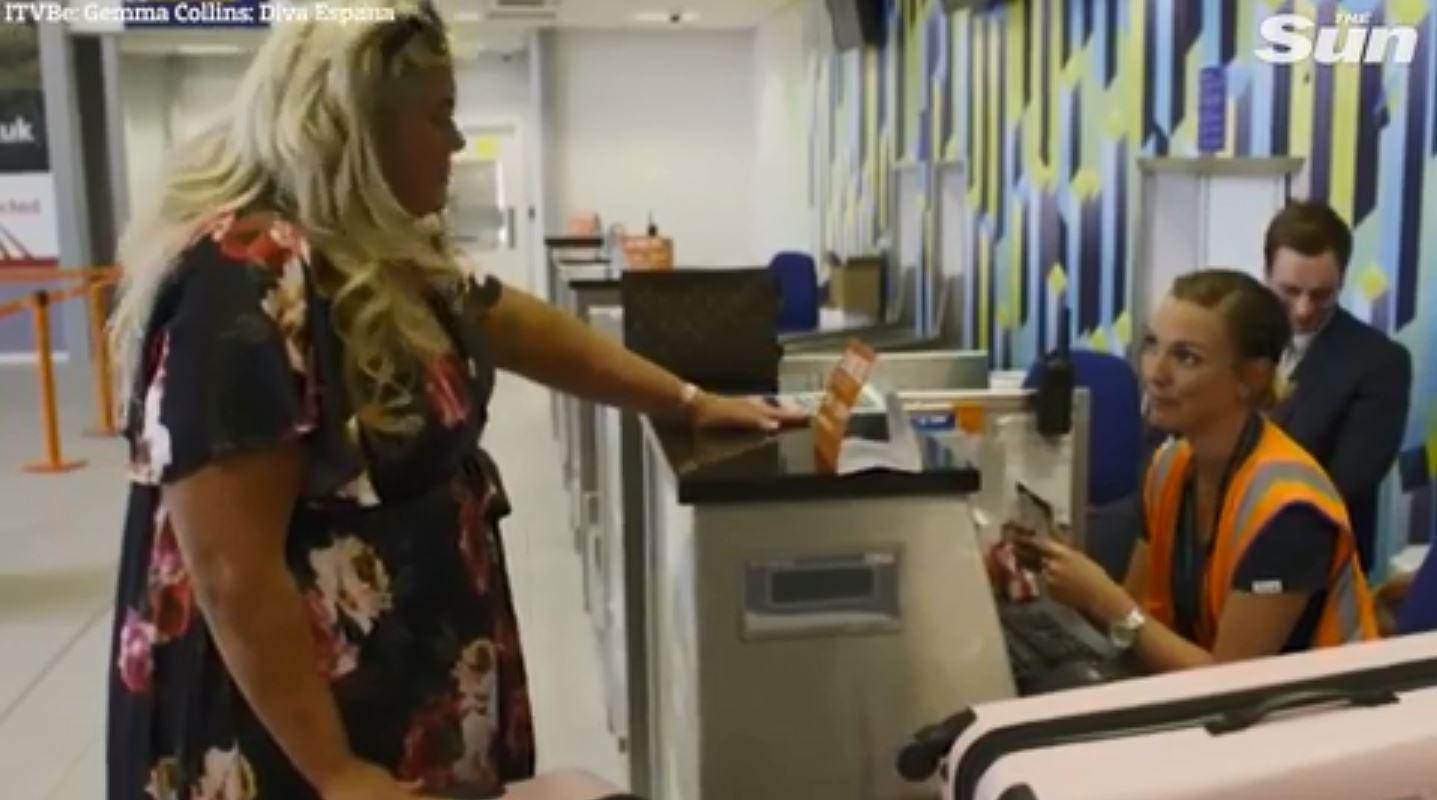 Gemma was told by the check-in lady: "This is well overweight."

She replied: "Just tell Stelios, the GC has flown easyJet more times than she's had hot dinners, and that's a lot."

The star then walked off without paying the extra charge, as the staff member fell into a fit of giggles.

Stelios Haji-Ioannou is the British-Cypriot billionaire and founder of easyJet. 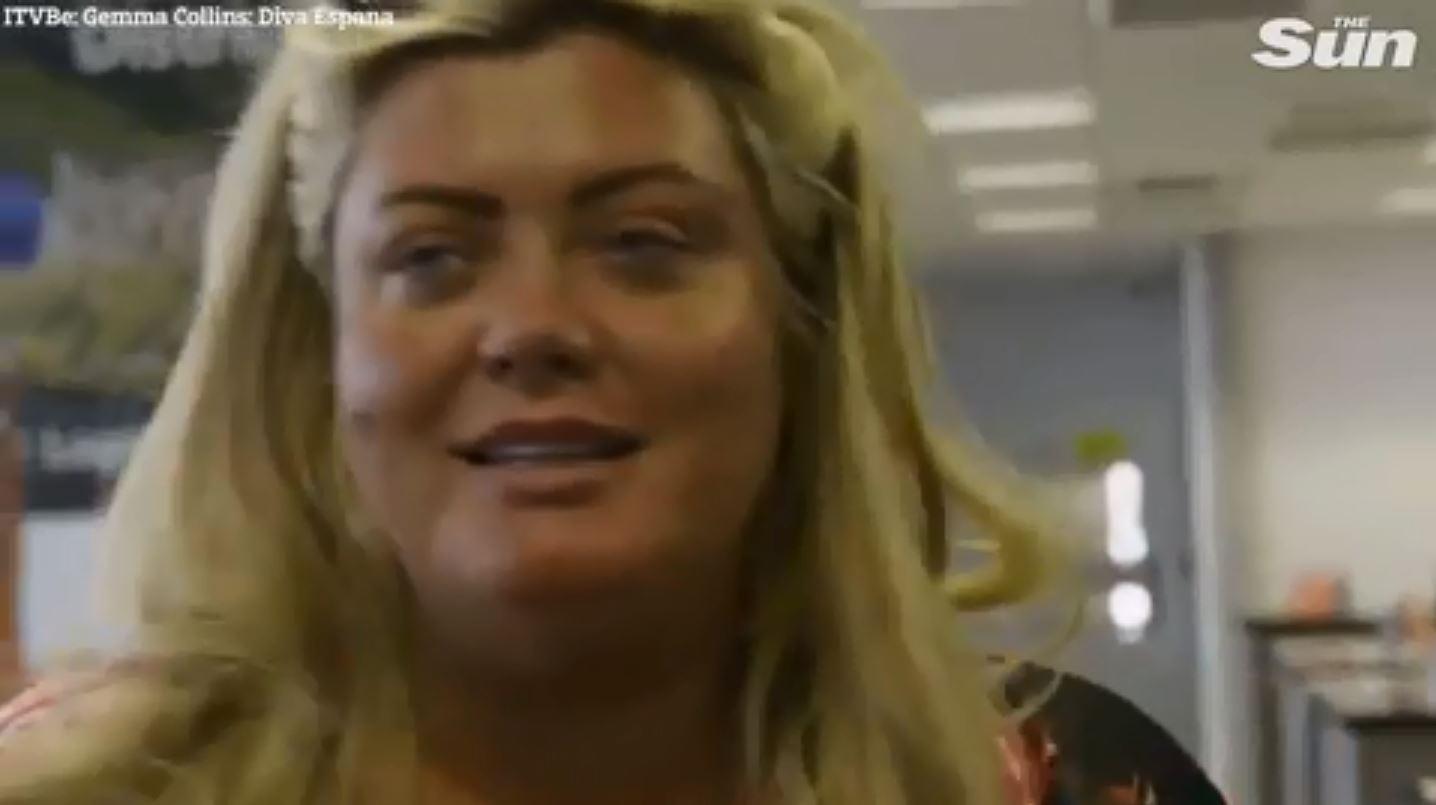 It comes hours after Gemma sobbed on the show as she dumped James Argent, after he said he’ll "never love her like Lydia Bright".

The Towie star broke down in tears in heartbreaking scenes during the explosive first episode of Diva Espana. 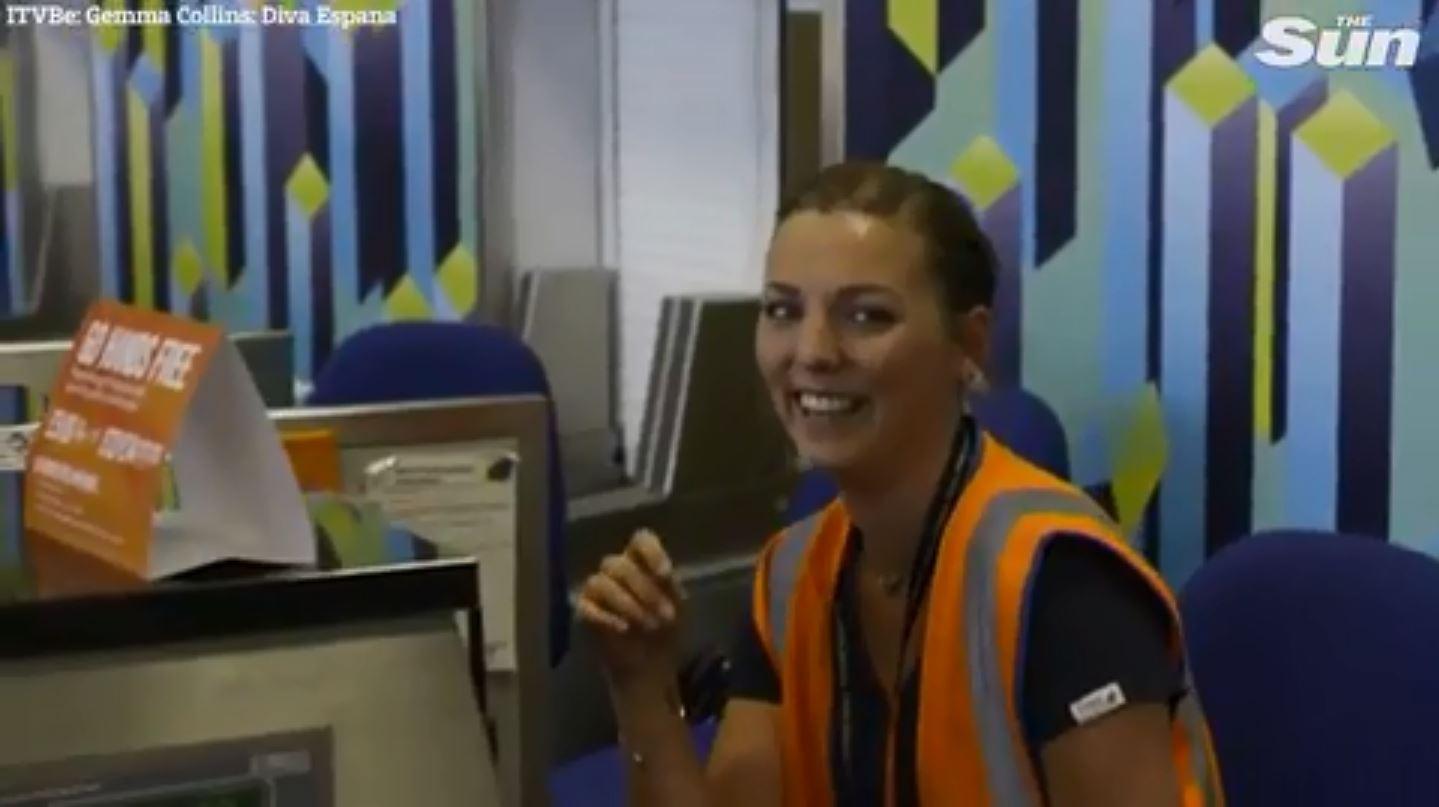 During the show, she flies out to Marbella to be with him but the romance soon starts to crumble.

Gemma is seen crying at her book launch as she reveals how hard it's been with Arg, who The Sun Online revealed is back in rehab.

She said: "It's really hard – because things ain't great with James.

As their relationship reaches breaking point, Arg asks her to move out of the villa they are sharing because he wants to be alone.