Created by Zelda Barnz and her father Daniel Barnz, who also directs, Generation is a dark yet playful half-hour following a group of high school students whose exploration of modern sexuality (devices and all) tests deeply entrenched beliefs about life, love and the nature of family in their conservative community. 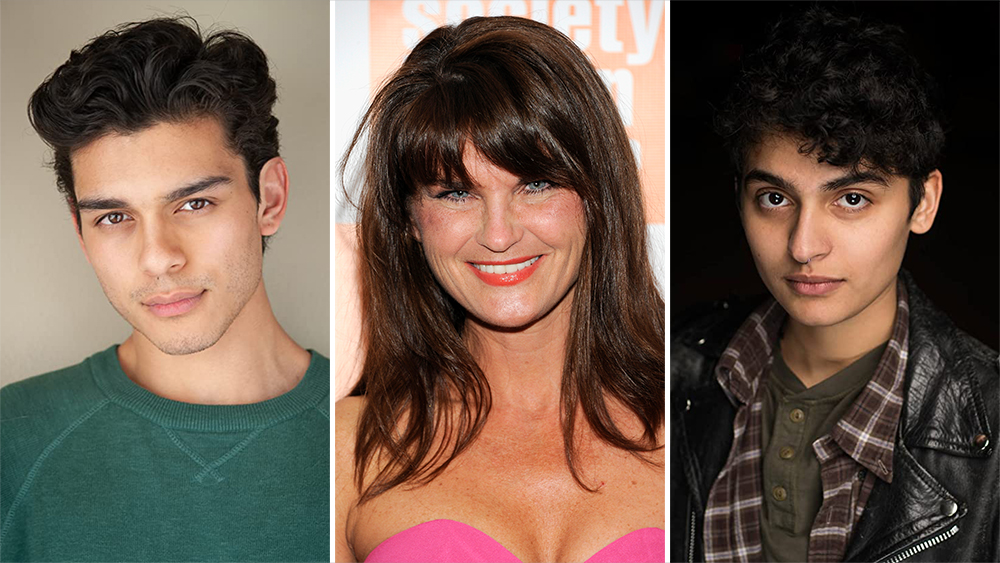 Josef plays Cooper. At first glance, Cooper gives you major jock Junior Conservative Club vibes, but underneath he’s a sweet and genuine kid who’s trying to understand and connect with his transgender brother.

Diaz plays J, the stoner philosopher of the group with a lofty mindset and obsession with roof topping and the tantra.

Keyvan is known for his recurring roles on Netflix’s Alexa & Katie, TNT’s Major Crimes, ABC’s Schooled and ABC’s Fresh off the Boat. He is repped by Coast to Coast, Protege Entertainment and Meyer & Downs.

Josef is best known for his work in the second season of Amazon’s Goliath, and the A24 feature film The Ballad of Lefty Brown. He recently wrapped production on the Netflix Original Film There’s Someone Inside Your House, as well as the indie film Tiger Within. He is repped by The Gersh Agency, Inspire Entertainment and Goodman, Genow, Schenkman, Smelkinson & Christopher.

Richards recently starred in NBC’s Council of Dads as Dr. Oliver Post. He is best known for his role as Charles Gunn on Angel and has appeared in ABC’s Marvel’s Agents of S.H.I.E.L.D., Notorious, Kevin (Probably) Saves The World and Bravo’s Girlfriends’ Guide To Divorce. Richards is repped by APA.

Bowie most recently played Jimmy DiMeo on ABC’s Speechless opposite Minnie Driver. Prior to that he starred in The Heat opposite Sandra Bullock and Melissa McCarthy. He has recurred on About A Boy, The Big Bang Theory, Chasing Life and Episodes. Bowie is repped by Artists First and Innovative Artists.

Birdsong’s television credits include HBO’s Succession, Cinemax’s The Knick, CW’s Scream Queens, Comedy Central’s The Daily Show with Jon Stewart and Reno 911 and Fox’s Raising Hope. She can also be seen in the films Adventureland, The Descendants and Halloween II. Birdsong is repped by Innovative Artists and Stacy Abrams.

De Leon is a Panamanian actress with two other high-profile recurring roles on TV this season as Izzi Alvarez on FX’s Mayans M.C. and Elena Herrera on ABC’s Station 19. She is repped by Encompass Entertainment, Zero Gravity Management and Myman, Greenspan, Fox, Rosenberg, Mobasser, Younger & Light.

Diaz can be seen in the upcoming Ghostbusters: Afterlife and has appeared in Hulu’s High Fidelity, Marvel’s The Iron Fist and Facebook’s Strangers. Diaz is repped by Edge Entertainment Management.